What went right in Romania this year: 19 positive news stories of 2019 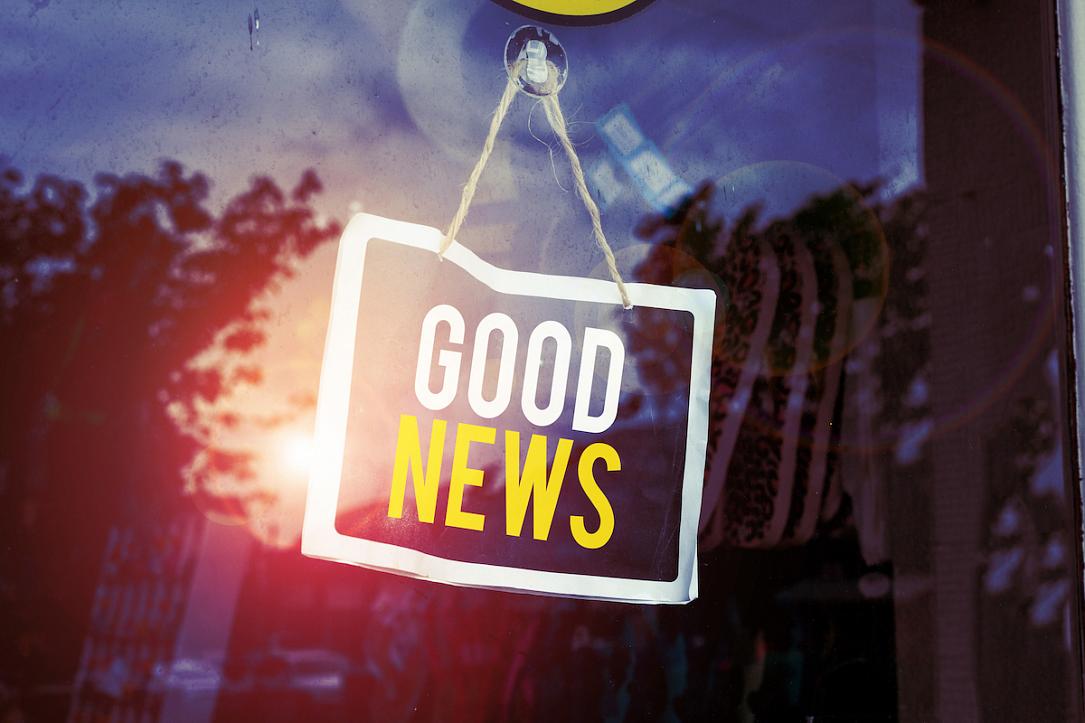 There’s an expression saying that “bad news travels fast,” and this is true most of the time. However, there have been plenty of positive news stories about Romania and Romanians in 2019 that traveled even faster, being read and shared by Romania-insider.com readers from around the world.

2019 has been a year of ups and downs, but we decided to focus on what went right in Romania this year. Thus, we’ve selected 19 positive news stories about Romania that made the headlines in 2019 (from many such stories), looking at different categories: business, politics, social or entertainment. Check our list below:

The top good news in the business section this year was that the Bucharest Stock Exchange (BVB) was promoted to the Emerging Market status. Lucian Anghel, president of the board of directors of BVB, explained that “Romania’s promotion to the Emerging Market status can be considered, from the economic standpoint of the capital market, the equivalent of the country’s admission to the European Union.”

Also in the business category, Romanian Daniel Dines, the founder and CEO of UiPath, made the headlines this year after Forbes, the famous American business magazine following the stories of the world’s richest, has published an ample feature dedicated to him. He was presented as “The First Bot Billionaire” and also appeared on the cover of the print issue of Forbes magazine.

Meanwhile, Romanian-born businesswoman Anastasia Soare, the CEO and founder of beauty company Anastasia Beverly Hills, made it on Forbes' 2019 list of the wealthiest self-made women in the US. She was better ranked than famous personalities such as Kylie Jenner, Rihanna, and Madonna.

Pope Francis’ visit to Romania was also one of the top news stories of 2019. He spent three days in Romania and visited Bucharest, Sumuleu Ciuc, Iasi and Blaj, sending positive messages to the hundreds of thousands of people that came to see him.

A local non-profit also managed to do something great this year for the parents of children suffering from cancer: at the end of November it opened MagicHome, a shelter where the parents of sick children getting treatment at the Fundeni Hospital in Bucharest can sleep, shower and eat. The project has been financed from private donations.

There have also been several Romanians that got to be named in top international positions this year, making their nation proud. One of them is Romania’s former chief anticorruption prosecutor Laura Codruta Kovesi, who became the first head of the new European Public Prosecutor’s Office. The EPPO is expected to be operational at the end of 2020.

Then, there was also Romanian diplomat Mircea Geoana, who officially took up his post as NATO’s Deputy Secretary General in mid October. He thus became the first Deputy Secretary General from Central and Eastern Europe, according to NATO. Moreover, former prime minister Dacian Ciolos was elected president of the Renew Europe group in the European Parliament (EP) this year, becoming the first East European to lead a political group in the European Parliament.

Although it was not the greatest year for Romanian sports, good things also happened to some of Romania’s biggest athletes in 2019. One of the top news stories that made the Romanians scream with joy was that tennis ace Simona Halep won the Wimbledon tournament this year. In the final, she defeated former world number one and multiple Grand Slam title winner Serena Williams in two sets.

The Under 21 football team also made the Romanians very proud this year. At the end of June, they managed to qualify to the semifinals of the European Championship and, although they lost the semifinals match to Germany, their performance was still great. Plus, the result also secured their participation in the Olympic Games in Tokyo next year, for the first time after more than 50 years.

In the social & cultural news section, a top story made the headlines in mid-November when Romanian conductor Cristian Macelaru was appointed music director of Orchestre National de France (ONF), the Paris-based symphony orchestra established in 1934.

Then, another positive news arrived just two weeks later, announcing that Romanian Catalin Tenita, co-founder of the Geeks 4 Democracy NGO and managing partner TreeWorks/Zelist Monitor, is one of the 22 international leaders selected for the Eisenhower Fellowships 2020 program. In the nearly 70 years of existence, the Eisenhower Fellowships offered more than 2,000 people the possibility to define their vision of social involvement and to meet their plans to make a better, more prosperous and peaceful world through concrete actions in their sectors of activity.

The good news for gamers this year was that Romania’s capital Bucharest is the best city for gaming in the world due to high internet speed and low ping, according to a ranking presented by Speedtest.net, Ookla’s internet speed test platform. The Romanian capital topped a list of 35 cities around the world that are known for their esports events, gaming conferences, and game companies.

Many good news stories also arrived from the film industry, with several local movies receiving international awards in 2019. Among them, Monstri. (Monsters.), the first feature film by Romanian director Marius Olteanu, which won the Tagesspiegel Readers’ Jury Award at the 2019 Berlin International Film Festival. Plus, in December, the Romanian-Spanish co-production Cadoul de Craciun (The Christmas Gift), written and directed by Bogdan Muresanu, has been named the best European Short Film of 2019 by the European Film Academy.

There have also been many positive stories in the travel section, most of them about Romania being promoted as a tourist destination by top international publications. In August, for example, an article published by the Financial Times pointed to Transylvania’s reputation as “the new Tuscany.”

Then, in October, CNN has included Romania’s Apuseni Mountains in a list of some of the most beautiful 20 places in Europe.