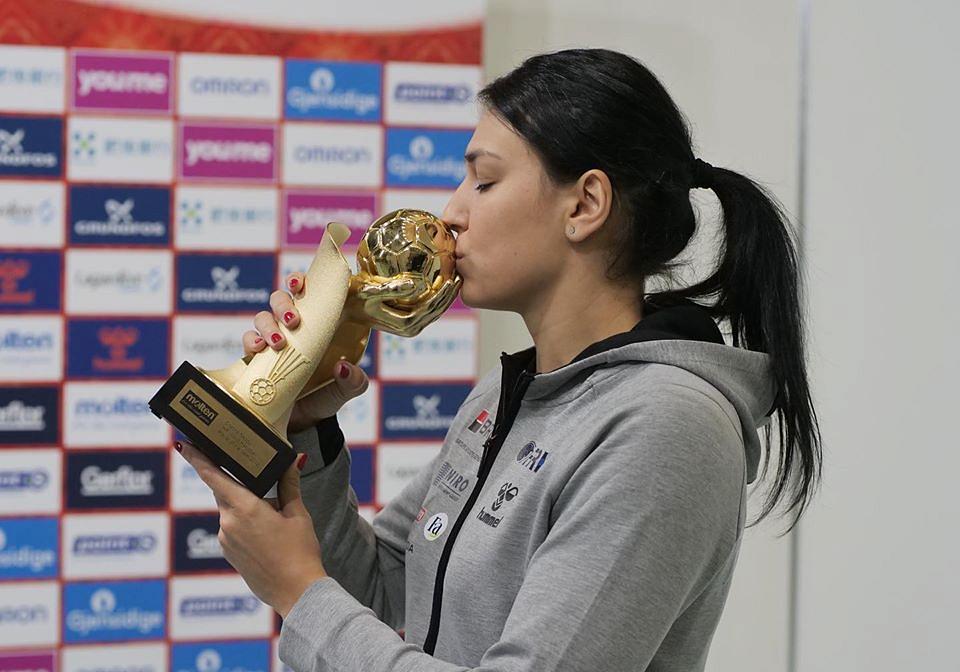 Romanian star and captain of the national women’s handball team Cristina Neagu received the 2018 IHF Women’s World Handball Player of the Year award on Monday, December 2. She was presented with the trophy during the half-time of the match between Congo and Japan at the 2019 IHF Women’s World Championship in Kumamoto, Japan.

Cristina Neagu had a great season in 2018 when she was the top scorer in the EHF Champions League, where she and her team CSM Bucharest got the Bronze medals.

Neagu was also the headline of the Women’s EHF EURO 2018 in France in December, as she led Romania to the semi-finals at the European championship for only the third time in history, and the first time since 2010. The Romanian passed two legendary players – Hungarian Agnes Farkas and German Grit Jurack – to become the all-time top scorer at the EURO, with 237 goals.

A knee injury during a match against Hungary, in December 2018, has kept Cristina Neagu on the sidelines for about 10 months in 2019. She recovered just in time for the World Championship in Japan.

Romania’s hopes for a medal at the World Championship were dented by a doping scandal involving Romanian team Corona Brasov, which prevented the national team from using several key players from this team. Romania started the tournament in Japan with a severe defeat against Spain (16-31) and won the second match against Senegal (29-24). Cristina Neagu scored 19 of Romania’s 45 goals in the first two matches. Romania still has to play against Kazakhstan, Montenegro and Hungary. The top three teams in this group will make it to the second group round.