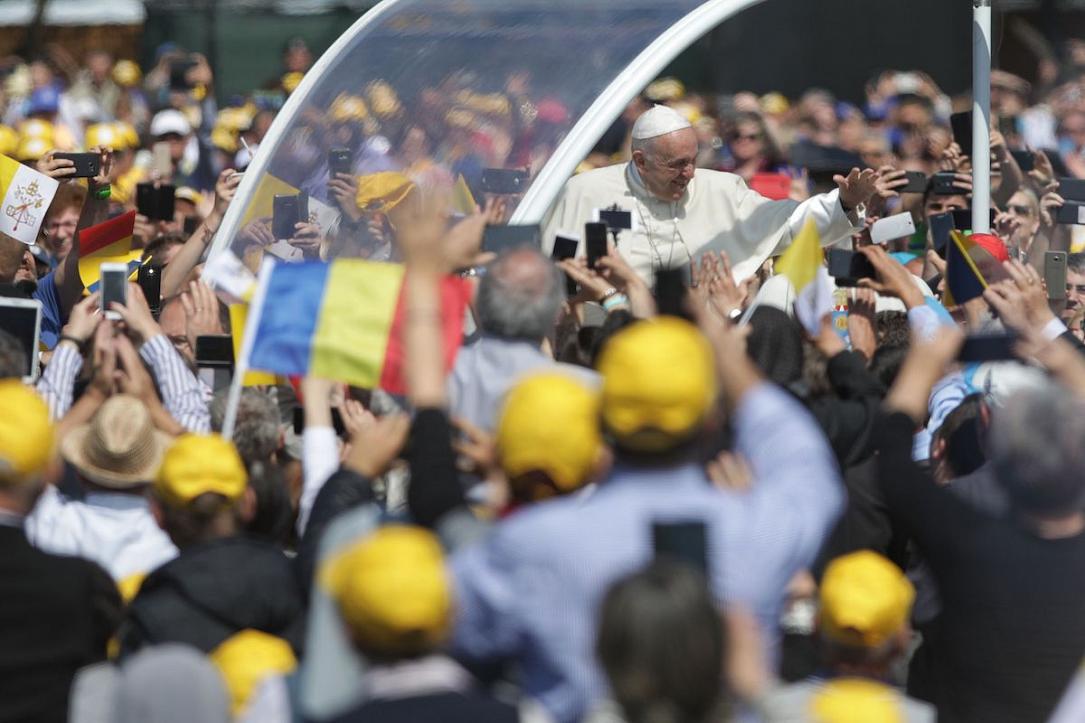 Several hundred thousands people came to see Pope Francis in Bucharest, Sumuleu Ciuc, Iasi and Blaj, the four main stops during his three-day visit to Romania, despite the bad weather.

This was the second visit of a pontiff in Romania and came 20 years after the previous one made by Pope John Paul II.

The Pope landed in Bucharest on Friday, where president Klaus Iohannis greeted him at the airport. He met with Romanian officials and the head of the Romanian Orthodox Church, Patriarch Daniel, with whom he visited the People’s Cathedral. He then held a mass at the Saint Joseph cathedral in Bucharest. Thousands of people from all over the country came to see him in Bucharest, local Agerpres reported.

On Saturday morning, Pope Francis went to the Marian sanctuary in Sumuleu Ciuc, the biggest pilgrimage place in Romania, where almost 100,000 people participated at the mass. He offered the sanctuary the Golden Rose, one of the oldest and most noble gifts that pontiffs make to sanctuaries around the world.

He then flew from Targu Mures to Iasi, in Eastern Romania, where about 150,000 people came to see him in front of the Culture Palace. The pope held a speech there and met with ill people, families and young people.

The highlight of the papal visit to Romania was the ceremony to beatify seven Greek-Catholic bishops who were persecuted and died in prison during the Communist regime. The ceremony took place on Campia Libertatii (the Freedom Plain) in Blaj, Alba county, in front of an audience of about 100,000 people.

Pope Francis also had a meeting with members of the Roma community in Blaj, and asked for their forgiveness for the discrimination their people have been subjected to throughout the years.

“I came to this country as a pilgrim and brother to experience various encounters. Now, I return home enriched, taking with me places and moments, but most of all faces. Your faces will color my memories and will be present in my prayers. I thank you and take you with me! And now I bless you but first of all I ask you for a big favor: pray for me,” Pope Francis said at Blaj.

After a powerful storm, a rainbow appeared as the Pope’s plane took off from Sibiu airport on Sunday afternoon.