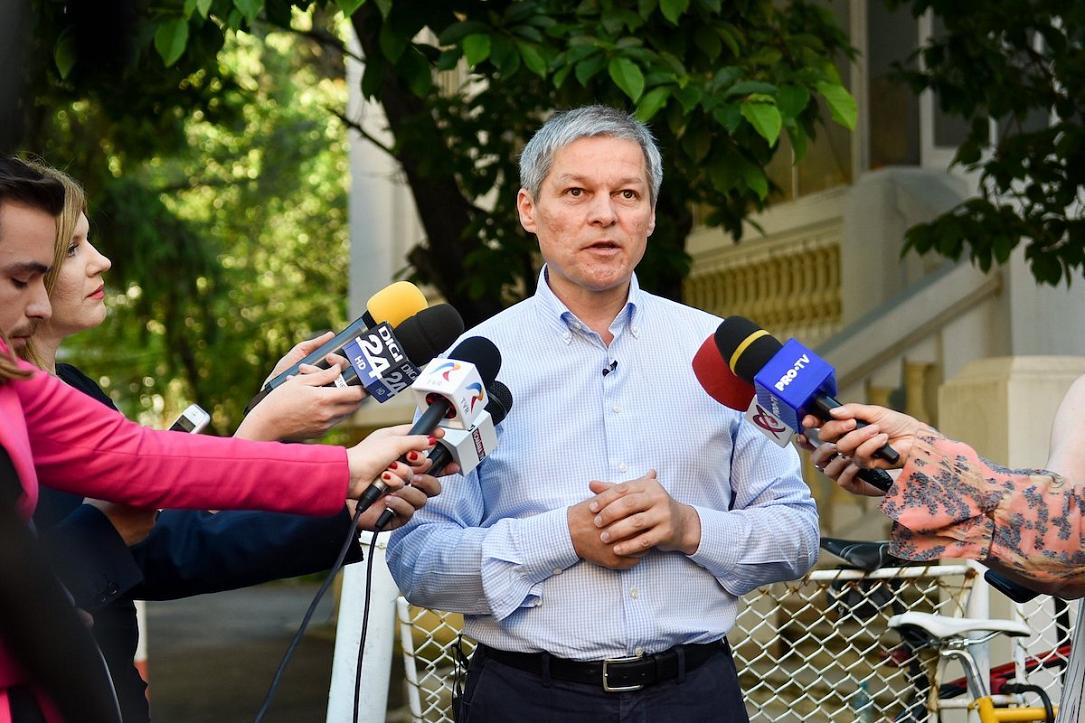 Former Romanian prime minister and European Commissioner Dacian Ciolos has been elected president of the Renew Europe group in the European Parliament (EP). Ciolos is currently the head of the opposition party PLUS in Romania, which together with USR formed the Alliance 2020 USR PLUS.

Renew Europe is the third largest political group in the European Parliament with 108 MEPs. The group is formed by centrist parties gathered around the party of French president Emmanuel Macron, En Marche, and ALDE Europe. Dacian Ciolos was elected its leader with 65 votes, according to local Digi24.

“The presidency of the Renew Europe group is just a step in the political construction I’ve been thinking over the last two years. It's an important step, but it's just the beginning of our project. We proved that we deserve confidence in the 26 May elections, we proved that we are an integral part of the relevant political forces of Europe. We will continue to bring as much of Europe as possible to Romania through our activity in Brussels and in the MEP offices we will open across the country,” Ciolos said on Facebook.

Dacian Ciolos is the first East European to lead a political group in the European Parliament and will be the highest-ranked East European leader in the European institutions after Donald Tusk's mandate ends, the Alliance 2020 USR PLUS said in a Facebook post. Moreover, the presidency of the Renew Europe group is the highest position ever occupied by a Romanian in the EU system.

Dacian Ciolos is a Romanian economist who served as prime minister of Romania between end-2015 and January 2017. Previously, he was agriculture minister in the Romanian government from October 2007 to December 2008, and European agriculture commissioner from 2010 to 2014.

The newly formed Alliance 2020 USR PLUS got a very good score at the European elections organized in Romania on May 26, coming third after opposition party PNL and ruling party PSD.