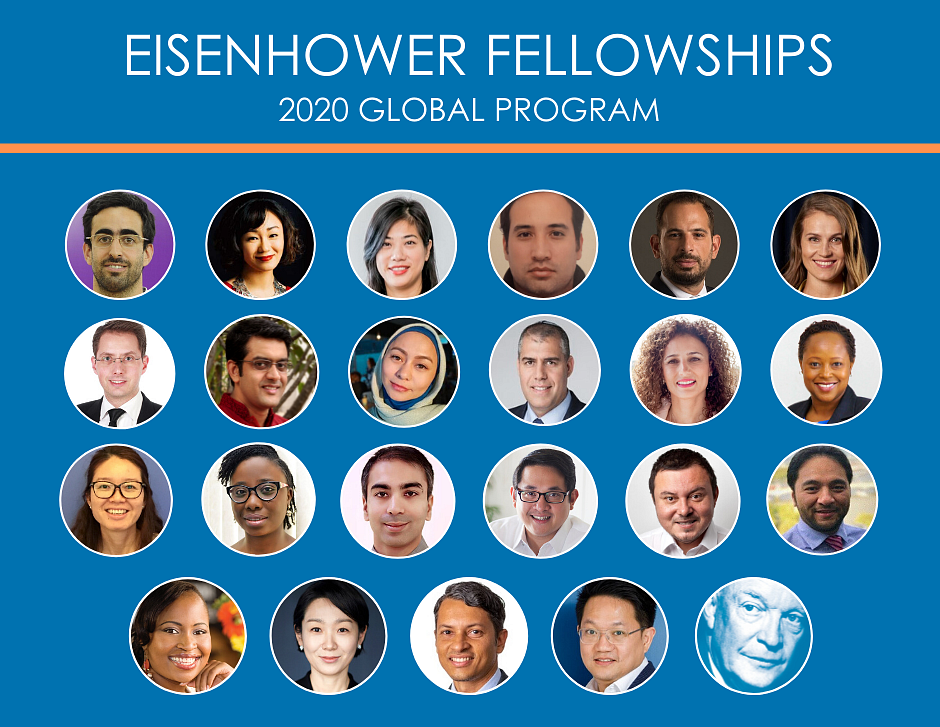 Romanian Catalin Tenita, co-founder of the Geeks 4 Democracy NGO and managing partner TreeWorks/Zelist Monitor, is one of the 22 international leaders selected for the Eisenhower Fellowships 2020 program.

The 2020 Eisenhower Global Fellows have the opportunity to take a seven-week internship in the United States - a study trip tailored to their interests and projects - to meet with American leaders in relevant fields.

“It's an unexpected honor for me. I consider this distinction and this opportunity to be, first and foremost, a sign of recognition of the role that civil society has played in Romania in the last 4-5 years,” Catalin Tenita said.

“The organization I’m part of, Geeks 4 Democracy, is part of this spirit of change. […] We were part of coalitions monitoring the electoral process, together with other organizations, through FiecareVot, we’ve raised funds to finance grassroots civic and journalistic projects, through the Democracy Fund, we have conducted opinion polls to show what the public attitude is at key moments, we have carried out projects showing how the public money is badly spent, we have supported the protests of those who have fought to stop the destruction of the rule of law, we have supported associations and civic movements with elements of communication and IT infrastructure, we have sought to preserve the civic memory and many more," he added.

The Eisenhower Fellowships, named in honor of US president Dwight Eisenhower, is a program established in 1953 by a group of his friends. Eisenhower later described the program as “possibly the most splendid birthday present I have ever received.”

In the nearly 70 years of existence, the Eisenhower Fellowships offered more than 2,000 people the possibility to define their vision of social involvement and to meet their plans to make a better, more prosperous and peaceful world through concrete actions in their sectors of activity. Some of those who participated in this program later became heads of state or government, ministers or leaders of the private or non-profit sectors.