Romania travel: Destinations to consider for holidays in 2022 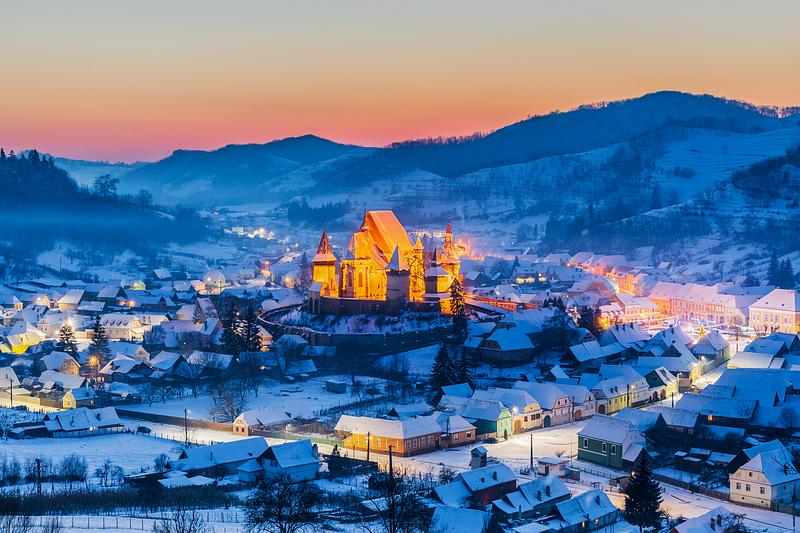 Two years into the pandemic, the outlook for travel remains uncertain, as the recently discovered Omicron variant has shown, and the need to balance holiday dreams and safety has been highlighted time and again. Below are some proposals to consider for the next trip to the country, with the current travel precautions and requirements in mind.

Often quoted as an example of a transformation into the hotspot for creative industries that is considered today, Cluj-Napoca attracts visitors with its top festivals and events, in addition to its historic side. Some of the biggest electronic music festivals in the country take place in Cluj or near it, and this year the city also hosted two tennis tournaments. Its latest accolade is that of a UNESCO City of Film, befitting the home of the largest film festival in the country, Transilvania International Film Festival (TIFF). Among the city’s landmarks are the Banffy Palace, hosting the Art Museum, the Transilvania Ethnographic Museum, with its open-air Romulus Vuia Ethnographic Park - displaying traditional peasant items from the 17th to the 20th century - and the Pharmacy Museum, showcasing one of the oldest such places in the region. Climbing up Cetățuia is a must to admire the city from up above and see the vestiges of this 18th century fortification.

Nestled between the mountains of Giumalău, Bistriței, Călimani, and Rodnei, Vatra Dornei is a popular destination for winter sports and a balneal resort.  Among its several slopes, fit for all skill levels, the Dealul Negru one is one of the longest in the country. The resort is also a good base to explore the surrounding mountains and the hiking trails available, including the Călimani Nature Park, the mountain road Transrarău, linking Valea Bistriței and Valea Moldovei, or Colibița Lake. Visitors can check out the Vatra Dornei Ethnography Museum, which offers a snapshot of the folk creation in the area of Bucovina, with examples of interiors from the region, traditional dress, ceramics or tools. Câmpulung Moldovenesc and Gura Humorului are within easy reach from Vatra Dornei, offering the option of visiting the painted monasteries in Bucovina but also that of a trip on the narrow-gauge railway of Mocănița. More about the painted monasteries in Bucovina here and here.

In a region with a marked Saxon heritage, Mediaș is overshadowed by the better known Sibiu and Sighișoara. But those looking for a trip off the beaten track can give Mediaș a try. Outside of its reputation as an industrial city (both gas transport system operator Transgaz and gas producer Romgaz are headquartered in Mediaș), it has a well preserved historical center, testimony to its more than 750-year-old history. More on what to see in town here. Mediaș also makes for a good base to explore the Saxon villages in the area, from Biertan and Richiș to Alma Vii and Moșna.

Established by Saxon colonists in the 13th century, Biertan (opening photo) is a top site to see in Sibiu county. The settlement saw rapid development with the emergence of the guilds, turning Biertan into an important agricultural and wine-making center. The place kept its charm, and visitors can see many of its thick-walled old houses built in the style of the Transylvanian Baroque, with pastel-colored facades. The fortified church in Biertan, towering over the village, is one of the several in the country included on UNESCO’s World Heritage List. More on the fortified churches in Transylvania here.

A city designated to hold the European Capital of Culture title in 2023, Timişoara is another interesting city to visit. History buffs have plenty to explore in the city where the Revolution of 1989 started, from Ottoman vestiges (at the end of 2013, archaeologists discovered here the ruins of an Ottoman bathhouse believed to be 400 years old) and monuments and buildings pertaining to the period when the city was part of the Hapsburg empire to historic neighborhoods and a mix of architectural styles and museums covering the region’s history, customs, and arts. Plenty of events take place in Timişoara year-round, among them Jazz TM Festival and the contemporary art biennale Art Encounters. Among the city’s top museums are the Memorial of the 1989 Revolution, the Timişoara Art Museum, and the open-air Banat Village Museum, with traditional peasant houses.

The Făgăraș Mountains are a good option for nature enthusiasts. Nature NGO Conservation Carpathia, which aims to develop a wilderness reserve in the Southern Carpathians, has kicked off programs to reintroduce the European bison and the beaver to the area, in addition to other reforesting initiatives and wildlife and flora conservation and management projects. For a taste of the region’s biodiversity and country life, visitors can stop by the Cobor Farm, where activities include wildlife watching - the roe deer, fox, bear, wolf, and wildcat are among the species found around Cobor - botanical tours, bike tours and more.

Another site on UNESCO’s heritage list, the Danube Delta is a top destination for nature and wildlife lovers, birdwatching, or photo tours. The wetland of lakes, channels and islands is home to more than 300 species of birds and numerous fish species. During the summer months, visitors will find here beautiful, less crowded beaches. Between the arms of the Delta, travelers can visit Sulina, a town that can be reached only by water. It is home to a former Palace of the European Commission of the Danube and the only marine cemetery in Eastern Europe. More about what to see in Sulina here. Several fishers villages can be visited in the area, among the better-known ones being Jurilovca, Mila 23, Letea – also known because of the forest of the same name, and Sfântu Gheorghe, which hosts the Anonimul International Independent Film Festival. This is also the region to try a variety the fish dishes and especially the fish soup. More on what to see in the region of Dobrogea here.

Starting December 20, all those who arrive in the country need to fill in a Passenger Locator Form (PLF).

In early December, the country’s Committee for Emergency Situations (CNSU) approved new rules (Decision 111/06.12.2021) regarding quarantine on arrival in the country. More about this here. The requirements for arrivals from EU member states can be checked at Re-open EU.

The requirements for third-state nationals and stateless persons are available here.

More about recent changes to the travel lists here. Updates to the list can be checked on the website of the Border Police here.

Updates about the travel requirements are posted here, in Romanian.