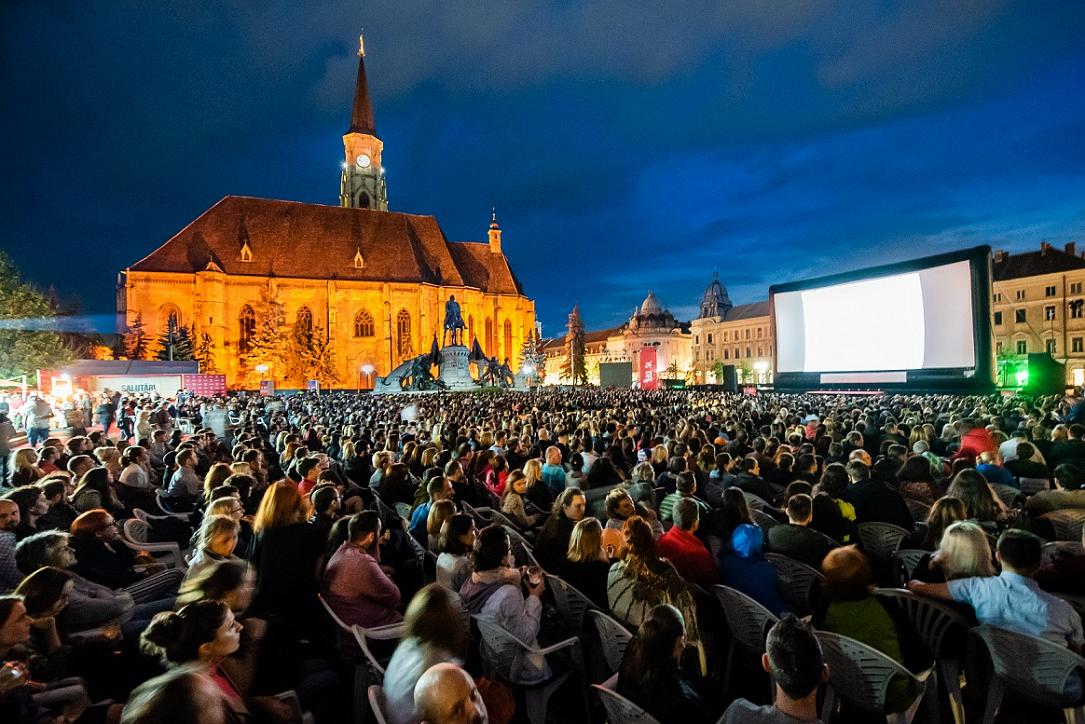 Cluj-Napoca, home to the largest film festival in the country, Transilvania International Film Festival (TIFF), has joined the UNESCO Creative Cities Network (UCCN) as a Creative City of Film.

The city in western Romania joined the network alongside Cannes (France) and Gdynia (Poland).

The three cities "will join forces with existing member cities to develop innovative urban policies and solutions that place people and sustainability at the center of the development process," according to a release from the network.

The bid for the title was developed by Cluj-Napoca City Hall, TIFF and Centrul Cultural Clujean/ Cluj Cultural Center.

"I am glad this title recognizes the major influence the TIFF brand has had on the city over the past twenty years. The first major cultural event in Cluj opened the way for other large projects, influenced generations of children and youth, boosted tourism and the development of several local businesses, and highlighted places that are now symbolic for the city. TIFF had a strong impact on the city's cultural profile and determined the emergence of new schools of film. Cluj is, without a doubt, a city of film," Tudor Giurgiu, president of TIFF, said.

Founded in 2002, TIFF is a member of the Alliance of Central and Eastern European Film Festivals (CENTEAST), and it is supported by the Creative Europe - MEDIA Program. In 2011, TIFF was accredited by the FIAPF, which places it among the 40 most important festivals in the world.

The festival runs several industry programs in the TIFF Industry section, including Transilvania Pitch Stop (TPS), a tailor-made workshop for feature fiction films, and Transilvania Talent Lab (TTL), a hands-on program dedicated to emerging talents. It also hosts a series of masterclasses, lining-up experts in audience development and scriptwriting, and organizes closed screenings for industry members and special screenings of the newest Romanian films, in the presence of filmmakers.

It developed an educational platform for children, through EducaTIFF, and teenagers, in the workshop Let's Go Digital! The latter gives teenagers the opportunity to cover all the steps of filmmaking under the supervision of film professionals and using modern equipment.

This year's edition of TIFF gathered 93,000 participants. A total of 179 films from 47 countries were selected, and more than 300 screenings took place.