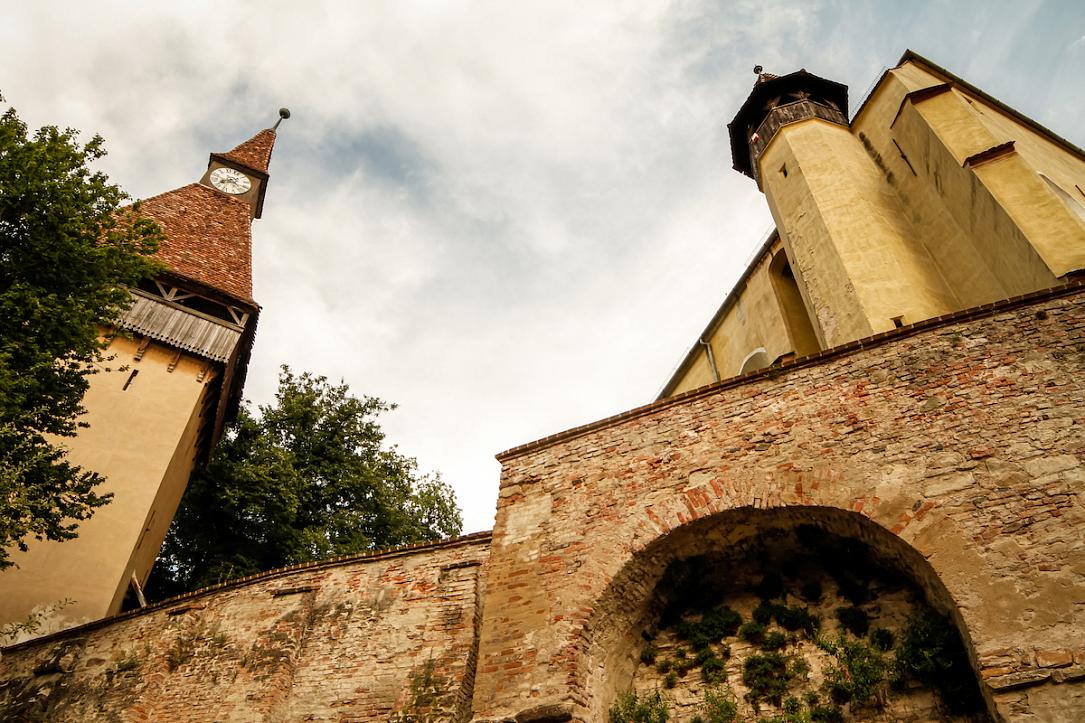 The Romanian region of Transylvania is known around the world for its stories about vampires and ghosts. And, of course, the famous Bran Castle, which many know as the Castle of Dracula. But Transylvania is much more than that, being also home to many well preserved, unique fortified churches with fascinating stories to tell. We have put together some suggestions in the list below.

The fortified church of Biertan

Biertan, in Sibiu county, is one of the most visited Saxon villages in Romania. In fact, it is one of the seven Transylvania villages with fortified churches that have been added to the UNESCO World Heritage list. And it’s not only its rural charm that attracts visitors, but also its old (and sometimes surprising) stories. For example, the village had its own remedy for divorce, which apparently was quite effective: only one couple divorced in 300 years. ___STEADY_PAYWALL___

And its fortified church, which looks more like a medieval castle from a fairytale, still dominates the landscape and the locals’ life. It was built by the Saxon community in Transylvania, between 1486 and 1524, on the site of an earlier Romanesque church. It features three rows of exterior fortifications linked by gate towers. It was built in the late Gothic style, and its altar is one of the most imposing in Transylvania.

The fortified church of Viscri

Located in Brasov county (about an hour drive from Biertan), Viscri is probably the most famous village in the even more famous region of Transylvania. It has become a tourist hotspot after Prince Charles of Wales decided to buy an old house here, boosting its popularity.

But the Prince’s house is not the only must-see attraction of the village. The 13th-century fortified Lutheran Church, also included on the UNESCO World Heritage list, is an impressive example of Transylvanian defensive architecture. Make sure not to miss the small museum and the view from the tower during your visit.

The fortified church of Prejmer

If you’re in Brasov, take some time to visit the small village of Prejmer located about 20 km northeast of the city. It is an excellent spot for a relaxing break away from the city noise, a truly charming Saxon village with a rich history.

Similar to other small settlements of this kind in Transylvania, Prejmer is also dominated by its fortified church, one of the best-preserved of its kind in Eastern Europe. Also part of the UNESCO World Heritage sites, this holy site proved to be almost invincible. Founded by the Germanic Teutonic Knights and later taken over by the Transylvanian Saxon community, the church resisted dozens of attacks on the village over the centuries. It had a strategic position and was strongly fortified in the 15th-16th centuries. And today, it has plenty of stories to tell.

The fortified church of Calnic

A 30-minute drive from Alba Iulia, Calnic is a small village in Alba County where one of the last noble’s castles in Transylvania is preserved. The fortress was built as an aristocratic residence but was later bought and further expanded and fortified by local peasants.

Towards the end of the 15th century, a small single-nave church was also built there. And, although the church is not the first to stand out, it is quite a remarkable construction. Today, this is one of the seven fortified churches from Transylvania listed as a UNESCO World Heritage Site.

And the place, like many others in Transylvania, has many secrets to reveal and stories to tell. For example, a visit there will show the somewhat atypical location of the fortress, which does not dominate the surroundings from the height of a hill, being situated rather in a depression.

The fortified church of Saschiz

Not far from Sighisoara, about 20 km east of the famous medieval town, you’ll find Saschiz. Home to beautiful architectural monuments, this village was also awarded a well-deserved place on the list of UNESCO World Heritage Sites.

One of its most famous attractions is the late Gothic fortified church, which is among the most beautiful and representative constructions of its kind. It was built at the end of the 15th century, replacing a Romanesque basilica.

The monument impresses with its size and the rigorous adaptation of the fortification elements to the shapes of a place of worship. Inscription fragments survive on the exterior walls. However, the only surviving portion of the initial defence wall is the northern tower, which looks very similar to the clock tower from Sighisoara.