Medieval citadels, fortresses, mansions and fairy-tale castles add to the list of the country's built patrimony.

33. The Palace of the Parliament

The massive building you just cannot miss was built at the order of late communist dictator Nicolae Ceausescu and has become a landmark for the Romanian capital. It is the second-largest building in the world after the Pentagon in the US. More here.

The only such building in South Eastern Europe has been built in Fagaras county for more than ten seasons. It has a different themes each year, and various amenities can be found on site. More here.

The place carries a strong association with the Romanian royal family as it was meant to serve as residence for crown prince Ferdinand of Hohenzollern-Sigmaringen. A visit there will also give you a chance to see one of Bucharest’s most beautiful neighborhoods. More here.

This is THE castle on almost every list of sightseeing recommendations in Romania and around Bucharest.  This Neo-Renaissance castle was built in the 19th century, at the initiative of King Carol I of Romania. More here.

This Teutonic fortress was recently refurbished and the works started with an archaeological research that revealed that the hill upon which the fortress is standing was inhabited thousands of years ago. More here.

The history of this citadel is connected to Vlad the Impaler, who repaired it and made it one of his fortresses. More here. 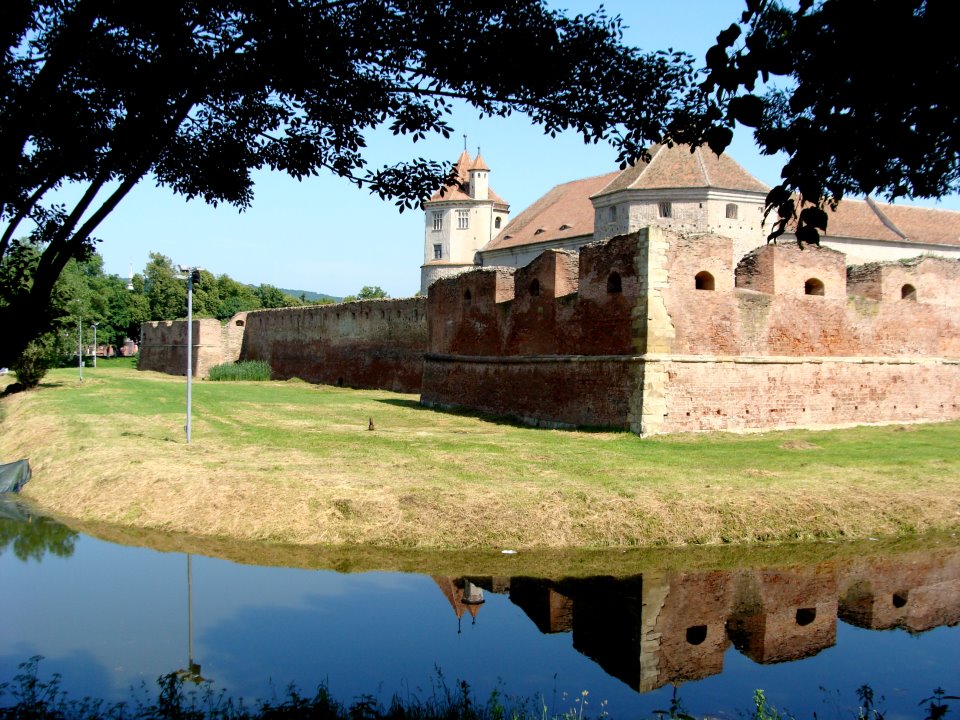 This large feudal complex is well-preserved, and its museum the well set-up. Further restoration work on the complex is expected in the coming period. More here.

This is one of largest Gothic constructions in Eastern Europe. It accommodates the largest mechanical organ in Romania. More here.

Ramet Abbey is one of the ancient monastic settlements in Transylvania, which, according to tradition was built in 1214. The old church has paintings dating from 1300. More here.

One of the most important fortresses in Transylvania, it offers an unique view of the Mures Valley. It reopened to visitors last year, after three years of rehabilitation work. More here.

The thick-walled manor built in the Brancovenesc architectural style captures the history of the Balcescu family. More here.

Built in the 14th century Moldavia during Petru I of Moldavia’s reign, the citadel played a key role in a defense system against the Ottomans, Hungarians and Poles. More here.

Since it goes by the name of Dracula’s Castle, this is one of the most visited sites in the country. It recently added a “secret” tunnel that links the Castle’s interior courtyard with the Royal Park. Besides the usual tourist offering, events take place here regularly. More here.

The Gothic-Renaissance castle, most probably built in the XIV century, has managed to defy wars, fires and generations for hundreds of years.  It shot to international fame when it became a setting for various films and commercials. This year, US actors Jeffrey Dean Morgan and Aaron Eckhart shot an ad there. More here.

The almost 40-meter tall cross praises the memory of the heroes who died in World War I. More here.

50. The Casino in Constanta

One of the best known symbols of Constanta, the historical building is in heavy need of restoration. Although currently closed, visitors can still admire it while talking a walk on the city’s pier. More here.

It is actually called the Rasnov Peasant Citadel and is an example of a medieval fortified town. It offers some spectacular vistas of Rasnov town, including 360 degrees views. More here.