Discover Bucharest: Green and quiet - a visit to the Cotroceni museum

Casa Poporului has become one of the most easily recognizable tourist symbols of Bucharest. Even though this is understandable for the associations with the recent communist past, it offers visitors only a small piece of the country’s and the city’s history and roots. Unlike the Cotroceni Palace, a spot dating back to the 17th century and connecting to many stories, styles and leaders.

Cotroceni Palace is many things Casa Poporului isn’t. It is located in a green and quiet area of the city, in one of the capital’s oldest neighborhoods. It doesn’t count with an impressive number of meters of surface or height but rather with being the local residence the longest in use. The two edifices share however an imprint of dictator Nicolae Ceaușescu, although in different degrees. And while one is meant to top one’s imagination of scale, visiting the other can be an exercise in imagination. This happens because Cotroceni Palace was expanded, refurbished or reconstructed at various stages of its history which starts at the Cotroceni Hill. This used to be covered by the Vlăsiei woods, which took up a large part of today’s capital’s territory. It was here that Șerban Cantacuzino, a Prince of Wallachia between 1678 and 1688, built a monastery in 1679, and, later, a palace was added.

The list of those who intervened on the place in one way or another reads like a fragment of a local history book. The monastery erected by Șerban Cantacuzino was further developed by Prince Constantin Brâncoveanu. During the reign of Barbu Dimitrie Știrbei the Cotroceni gardens were established, and in 1862 Alexandru Ioan Cuza, the Prince who united Wallachia and Moldova, decided to use Cotroceni as a summer residence. In 1888, King Carol I of Romania built inside the monastery’s premises a palace that would serve as his Bucharest residence. The plans of the building, erected between 1893 and 1895, were drafted by architect Paul Gottereau, in a classic, Venetian style. Several additional works were performed between 1900-1910 and 1915 - 1925. Romanian architect Grigore Cerchez reimagined the northern wing of the palace in a national, romantic style, with a terrace on top, under the supervision of Queen Marie. After 1949, the palace became the Pioneers’ Palace, a function it served until 1976.

The 1977 earthquake damaged the edifice significantly and the restoration work that followed reproduced the architectural style but brought changes to the interior decoration. It was after 1977 that the new wing, which now hosts the Romanian Presidency, was erected. In 1991 the palace became the headquarters of the Romanian Presidency and, at the end of 1991, the Cotroceni Museum, located in the old wing of the palace, opened for the public.

The place carries a strong association with the Romanian royal family as it was meant to serve as residence for crown prince Ferdinand of Hohenzollern-Sigmaringen, and British-born Queen Marie was one of the personalities who most impacted the way the palace looked. She also oversaw the development of the palace’s garden. The royal dining room or the silver bedroom, decorated according to her taste, are just some of the highlights of the visit to the museum.

What can one expect to find there? An art collection including pieces as varied as Romanian and international painting, sculpture, religious art, decorative art or furniture. While here, you can see Brâncuși’s work The Wisdom of the Earth, which the Romanian state is trying to acquire through a public subscription campaign.  Until the end of May, an exhibition featuring feminine fashion, from the Belle Époque to the in-between-the-wars period, is open here. The medieval spaces of the museum host a permanent exhibition featuring various items dating back to the 17th century, such as a 1680 chandelier ordered by Șerban Cantacuzino from Germany. All in all, the tour of the museum takes the visitor through various salons, bedrooms or dining rooms, each with their own style and story.

The tour can either start or end with a stop to the Cotroceni church. The church was demolished in 1984 and rebuilt between 2003 - 2009. The new construction incorporates elements of the original structure, including the frescos restored after it was demolished. Religious services, which anyone can attend, are now performed here and the church can be visited separately. You can enter using the museum entrance, by presenting an ID card.

Will you be bumping into the sitting President of Romania? Not really, as the part of the residence where the Presidency is located is not part of the museum. However, during the Cotroceni Open Days Doors that part opens for the public, who can also visit the gardens surrounding the palace.

Call before visiting to book the tour and find out what time slots are available. As you would expect, weekdays are less crowded than weekends. You will need to bring an ID card, which will be left at the entrance for the duration of the visit. The entrance to the museum is on the Geniului Blvd., across the street from the entrance to the Bucharest Botanical Garden. A classical tour lasts around an hour and covers the church and the first and second levels of the palace, while the complete tour also includes the cellars. Tours are available in English, French, Italian, and Spanish, and prices range from RON 35/40 to RON 150 for families. If you would like to take photos or film while visiting prices range from RON 5 to EUR 500 for professional equipment. Further details here.

If you do not care about spoilers you can try a virtual tour of several rooms of the palace here. 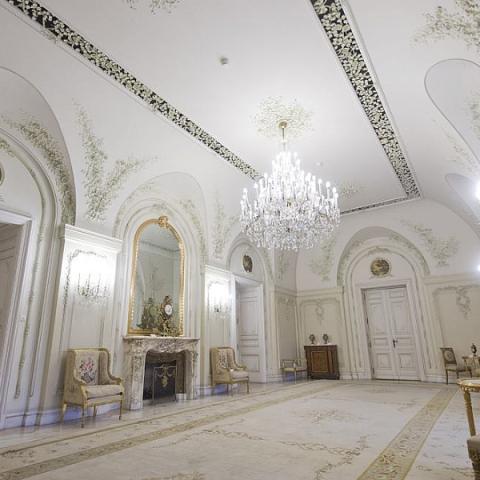 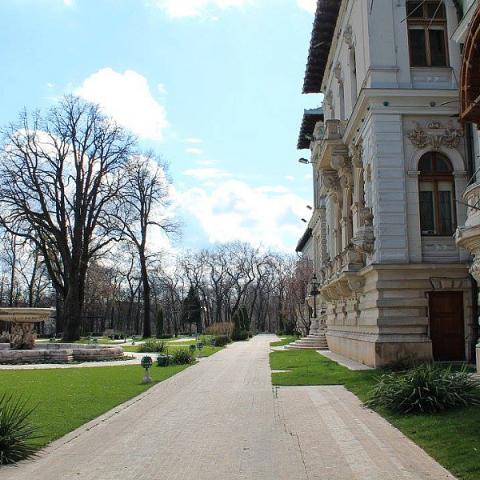 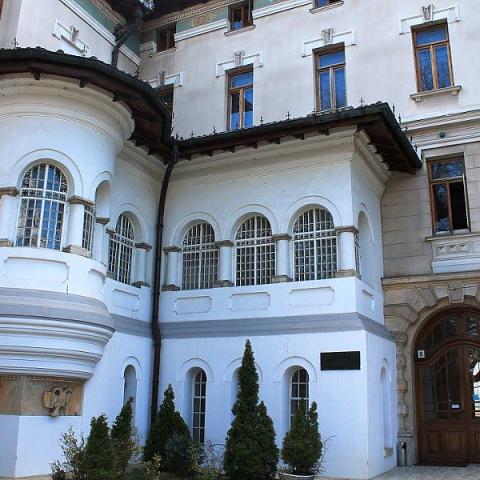 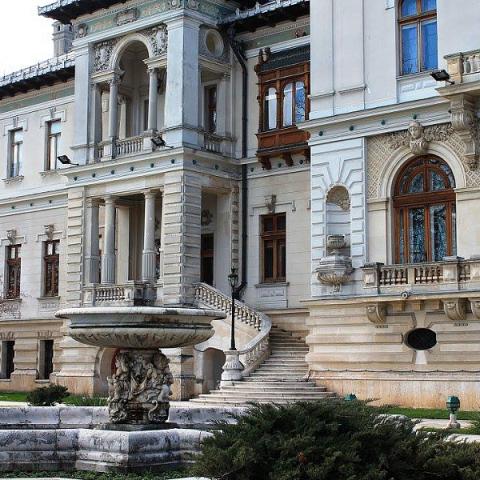 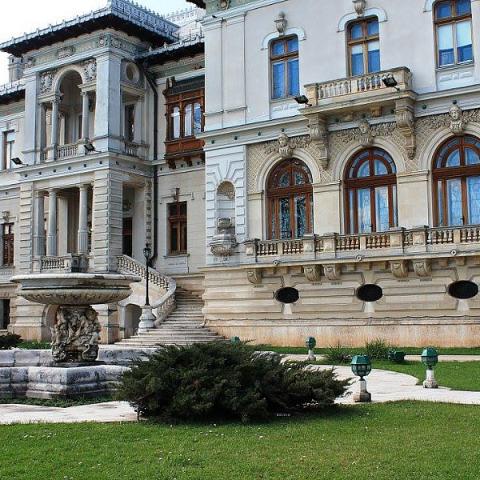 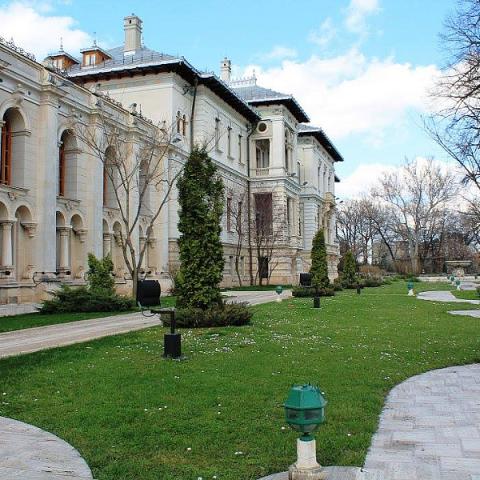