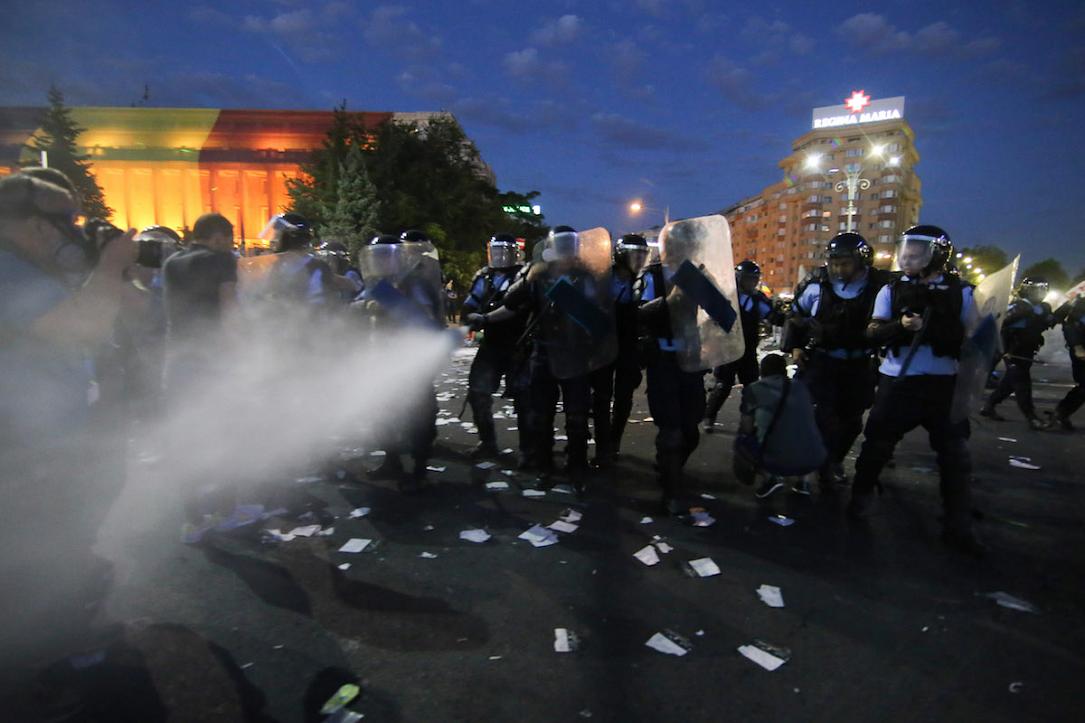 The United Nations (UN) started an investigation into the way the Romanian Gendarmerie intervened during the diaspora protest staged in Bucharest on August 10, 2018, local NGO Declic announced. The protest, which also brought many Romanians living abroad to Bucharest, ended violently after a brutal intervention of the riot police and gendarmes, with peaceful protesters, journalists and even tourists being injured.

Declic said the UN is also asking the Romanian government to explain why the Gendarmerie used force against the peaceful protesters.

“The UN thus takes into consideration Declic’s petition, through which over 80,000 people have asked the United Nations to investigate and sanction the abuses of the Romanian Gendarmerie at the diaspora protest,” Declic said.

“Our UN contact person informed us of the correspondence with the Romanian Foreign Ministry on human rights violations at the diaspora protest. In a letter he received, minister Teodor Melescanu is informed that the UN received information indicating serious violations of human rights at the August 10 protest,” said Declic campaigner Antoniu Bumb.

The UN report is to be completed and made public in March at the Human Rights Council, according to the local NGO.

Following the violent intervention of the gendarmes at the August 10 protest, Declic initiated a petition and asked the United Nations, together with 80,000 signatories, to analyze the evidence and assess the allegations of human rights violations. Antoniu Bumb told local Digi24 that it was difficult to bring this petition into the UN’s attention but they found a way: they bought advertising space at the Geneva Airport to run video recordings of the August 10 violent incidents in Bucharest, as they knew the UN High Commissioner for Human Rights was supposed to pass by.

“[…] two days after we bought the advertising space, our friends from the #rezist Zurich community were contacted and told that UN officials will see them to talk about our petition,” Bumb told Digi24.

At the request of the UN, Declic also sent a report with the civil society’s perspective on the violent intervention of the Gendarmerie during the August 10 protest, the NGO also said.

The gendarmes used tear gas and water cannons to clear the square during last summer’s biggest protest. More than 400 people were injured and hundreds filed complaints against the Gendarmerie after these violent incidents. Thus, the prosecutors began an investigation. However, Liviu Dragnea, the head of the ruling Social Democratic Party (PSD) and interior minister Carman Dan claimed that the gendarmes’ intervention was legal, and the Gendarmerie even notified the prosecutors that the August 10 protests were actually an attempted coup.