Ten villages in Romania to add to the travel list

Countryside tourism has taken off in the country in recent years, with the help of various initiatives, and those interested can now explore the villages across the country with easier access to accommodation and meal options. Some suggestions of villages making up the diverse picture of rural Romania below.

Jurilovca, in eastern Romania’s Tulcea county, is a fishermen village south of the Danube Delta. It was established by Lipovans at the beginning of the 19th century and the traditional houses remind the visitor of the settlement's origins. The seaside beach at Gura Portiţei is located nearby as is the ancient fortress Argamum. Jurilovca can serve as a base for exploring the Danube Delta, a biosphere reserve and an UNESCO World Natural Heritage site, and tourists can try boat routes in the Razim-Sinoe lake complex. In 2013, Jurilovca was included in the 2013 list of European Destinations of Excellence (EDEN), which focused on Accessible Tourism.

The commune of Ciocănești, in the historical region of Bucovina, impresses the visitor with its houses, which bear traditional motifs on the facades. The commune, made up of the villages of Ciocănești and Botoș, hosts various events, besides an ethnographic museum. These include an egg painting festival, held before Easter, the Tillage Week, and a Trout Festival. Last year, Lonely Planet included Ciocănești on a list of the most colorful destinations in Europe. More about the commune and the accommodation options here.

This village in central Romania shot to fame after rapper Snoop Dog checked in there online by mistake. Bogata, which was first documented in the 13th century, is close to Cluj-Napoca, Mediaș, Sighișoara and Târgu Mureș. A self-described “best place for chillin’ in Romania”, it can be a departure point for visits to the Ciucaș waterfall or simply a place to stay and take in the beautiful landscape. More on what Bogata has to offer here. 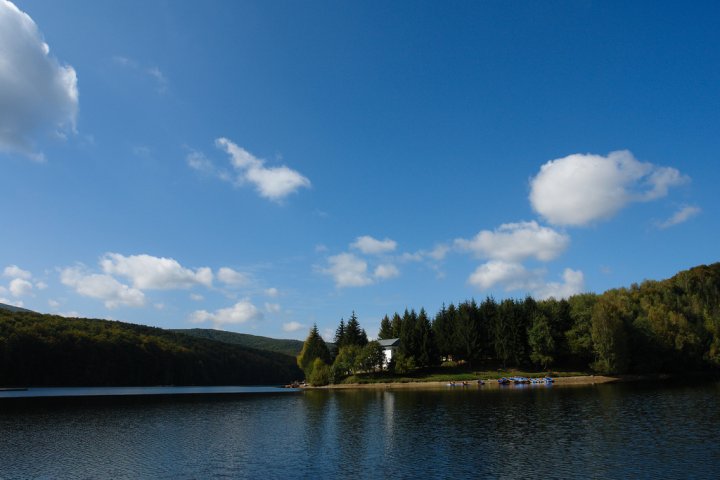 The village of Gărâna, in western Romania, is the place where the jazz festival of the same name has been taking place for more than twenty years. Some 50,000 people flock each summer there to listen to a line-up of prominent international musicians and the accommodation options in the area have developed as a result. As it is set in the Semenic Nature Park, the surrounding landscape offers plenty of options for exploring, either on foot or by bike, for which trails have been set up. More about this year's edition of the Gărâna Jazz Festival here.

Tuberoses in the village of Hoghilag

Close to the medieval town of Sighișoara, Hoghilag is known for being the only place in the country where tuberoses have been grown since the 1960s. A festival dedicated to these flowers was organized last year, attracting visitors to the village and wider commune of the same name towards the end of July. A fortified evangelical church, first documented in the 15th century, can also be found on site.

The Saxon village of Biertan

The village of Biertan, located in the commune of the same name, is one of the most important Saxon villages with fortified churches in Transylvania. It has been on the list of UNESCO World Heritage Sites since 1993. The village, established in the 13th century, was an important agricultural and crafts center. Its traditional houses, built in the style of the Transylvanian baroque, and the fortified church are just some of the sites to see in Biertan, a village also known for its original remedy for divorce. In the same commune, visitors can also stop in the village of Richiş, probably the most international in the country. More on the commune here.

The village of Viscri, in Brașov county

In Brașov county, the village of Viscri has seen an increasing number of tourists after Prince Charles brought a property there. The beautiful landscapes and the old Saxon church, originally built around 1100 AD and included on the UNESCO World Heritage list, are top attractions. Last year, Viscri also made it on a Businessinsider.com list of 25 secret European villages everyone should visit in their lifetime.

The entire region of Mărginimea Sibiului is filled with villages that have preserved the habit of continuous shepherding, taking advantage of the alpine pastures found there. The cheese and meat delicacies produced here, including ‘telemea’, ‘urdă’, and ‘caș’, are famous in the country. In Sibiel, visitors can see a museum featuring a large collection of icons painted on glass and the 18th century Holy Trinity Church, also hosting an important collection of wood and glass icons.

The wooden church in Breb. Photo:turismmaramures.ro

The region of Maramureș is a must-see when looking to discover the local traditions. The village of Săpânța, with its Merry Cemetery, is one of the best known in this northern part of Romania, but the village of Breb can also be a good destination. The old wooden church and the traditional households with their wooden gates are part of the village’s charm. Various options for hiking, biking and fishing are available in the area, where Prince Charles also owns a property. 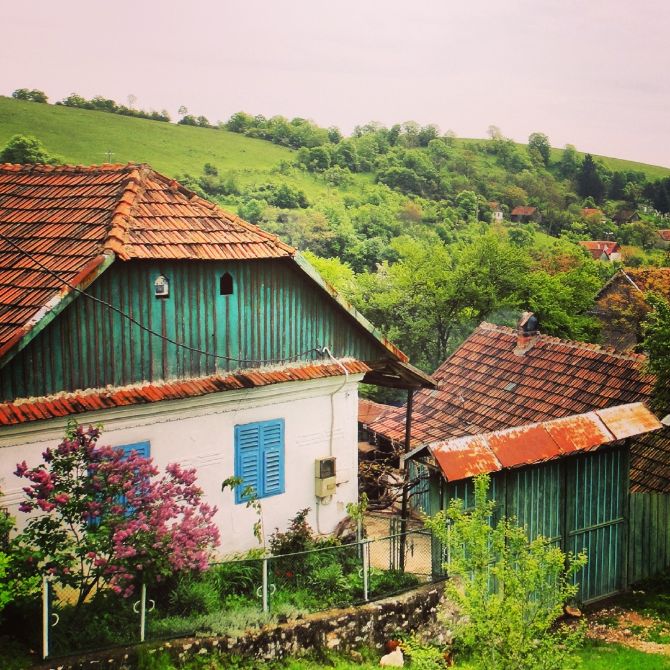 Gârnic, in the historical region of Banat

Gârnic, one of the few remaining Czech villages in Banat, is surrounded by green hills and good for exploring the area’s amazing landscapes. It is located close to Cheile Nerei National Park, near the Danube Gorges in the western Romania. A music festival, called Rocker’s Challenge Gârnic, also takes place yearly in the village.