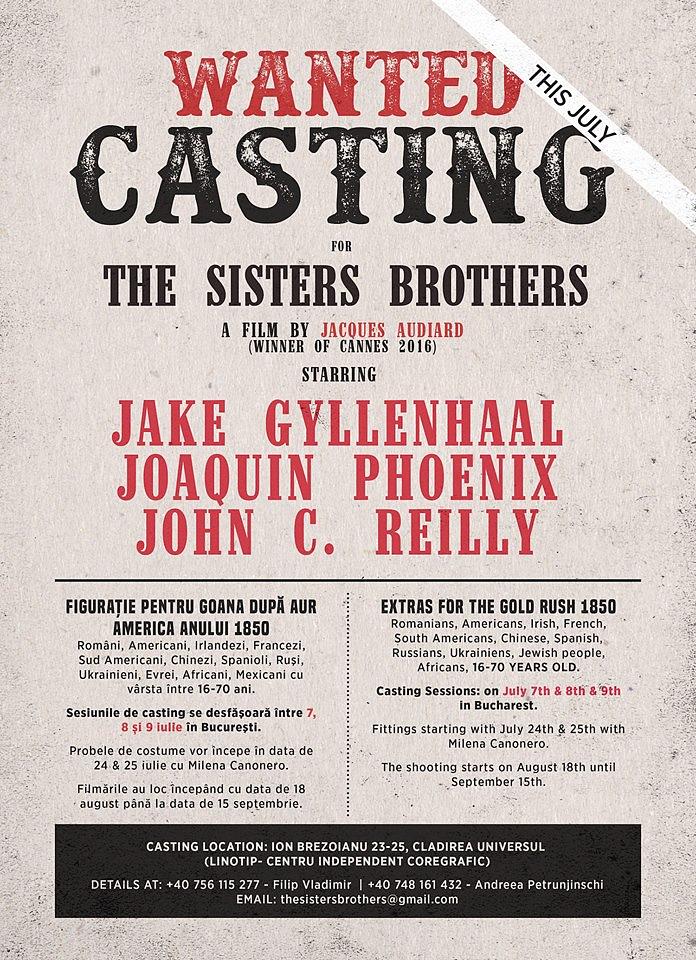 Called The Sisters Brothers, the film is co-produced by Mobra Films, which counts among its founders Romanian director Cristian Mungiu, a Palme d’Or winner himself.

Shooting will take place until September 15, 2017.

The film is based on the novel of the same title by Patrick deWitt, and follows gold prospector Hermann Kermit Warm as he is pursued across the Oregon desert by two assassins.

The production was shot in Almería, Spain between May and June 2017, with Spain's Menakoz Films servicing, Filmneweurope.com reported. French Why Not Productions and U.S. Annapurna Pictures are co-producing.

Jacques Audiard visited Romania for the first time in 2015, when he was a guest of Les Films de Cannes à Bucarest, a festival initiated by Cristian Mungiu.

Mobra Films produced all of the films that brought Mungiu accolades at the Cannes Film Festival. These are 4 Months, 3 Weeks And 2 Days, which won the Romanian director a Palme d’Or in 2007, Beyond The Hills, winner of Best Screenplay and Best Actress awards at the 2012 Cannes Film Festival, and Graduation, which brought Mungiu the Best Director award at the 2016 edition of the same festival.