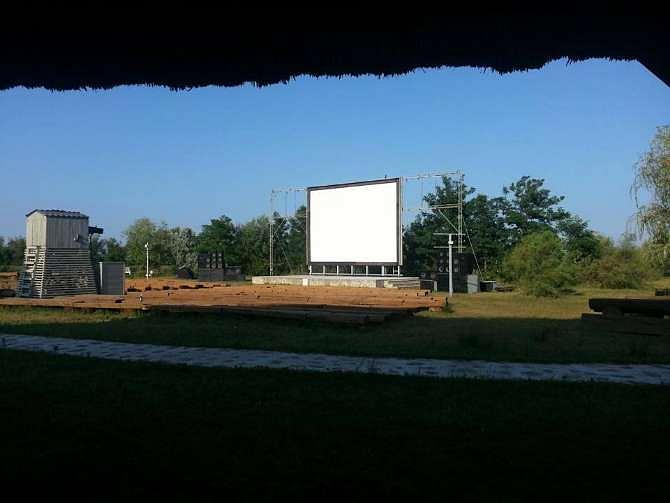 One festival follows another these days, so you could rush from Transylvania's picturesque Biertan, the location of Romania's only horror and fantasy fest Full Moon (14-16 August), straight to the Danube Delta for ANONIMUL International Independent Film Festival (17-23 August). The latter is at its twelfth edition and much to everyone's joy, it has returned to its usual setting, the beautiful village of Sfântu Gheorghe, after re-locating to Bucharest last year while the camping was being renovated.

The festival kicked off with Yorgos Lanthimos's The Lobster, a wonderfully original and hilarious take on romance in which single people are given a few days to find a partner or they get transformed into animals and banned to the woods. The international competition boasts six titles, all independently produced, which deal with the complexity of interpersonal relations and the challenges of being true to oneself. The films are solid and tackle political, social and familial topics, Chaiki/The Gulls being particularly beautiful to look at, a slow and visually hypnotic story about a young woman's struggle for a self-defined life in a remote Russian village. Romania is represented by Nicolae Constantin Tănase's Lumea e a mea/The World Is Mine, an over-ambitious but raw and pulsating coming-of-age story. The other competitions are dedicated to short films which are divided into international and Romanian trophy contests.

Chuck Norris vs. Communism, a documentary by London-based Romanian filmmaker Ilinca Călugăreanu is another highlight for those who grew up or lived with Irina Margareta Nistor's dubbed Western VHS tapes in the 1980s. Sadly, the film is too simplistic in its premise but as a document on Nistor's role in our collective memory and of late-Communism Romania, it's worth watching.

The official website is sadly very sparse on detailed information, not to mention that only the Romanian site includes the screening schedule. It's fine though for a first look and if you need more information, try their Facebook page or cinemagia.ro.

Considering the fest last for six days, Anonimul's programme seems rather thin. There are six long features and approximately forty shorts, screened mostly in the pristine cinema halls of the Green Village as well as open air at the main camping site. But even the most hardcore cinema buff would find it difficult to watch films all day when surrounded by such wonderful nature and the festival seems to strike the right balance between cinematic ambition and leisure time. Always recommended.