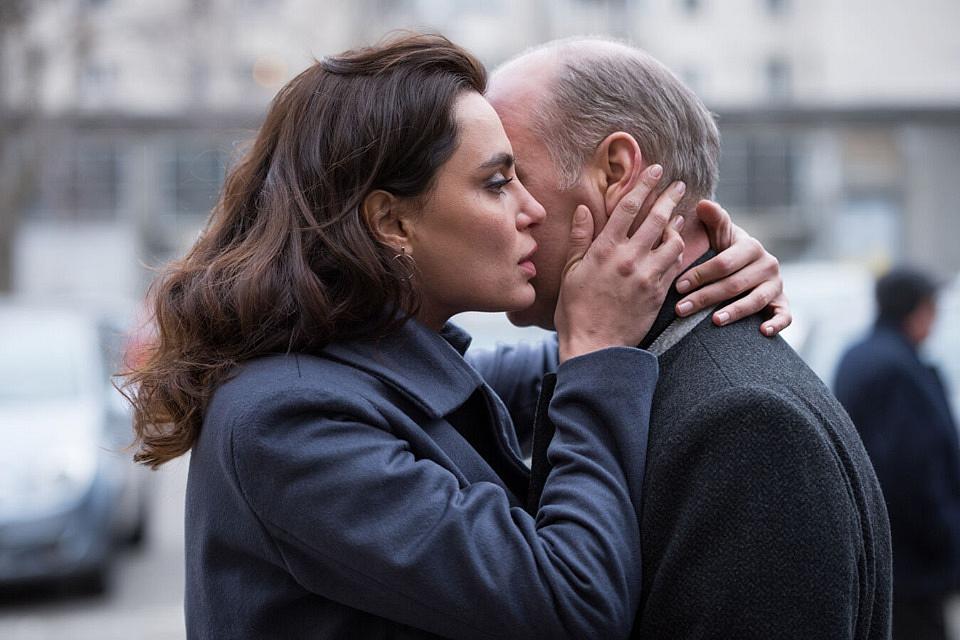 Corneliu Porumboiu’s latest film was by far the most anticipated release of the year and now that it has premiered, you should rush to your nearest cinema, because this is one of those rare cases where the attribute “original” would not be used as a cliché. It is also strikingly beautiful and guaranteed to make you chuckle.

La Gomera/The Whistlers is almost impossible to describe coherently in terms of plot: Cristi, a corrupt Bucharest policeman has to learn a traditional whistling language on the island of La Gomera to talk to the members of a criminal band with whom he is involved by laundering money without being intercepted by the police (fun fact: the language is real and has been traditionally used by the locals to communicate across the island’s valleys. It is called “el silbo” and its Wikipedia page is full of amazing details). Little does he know that the new skill will come in handy back home. Enter a tough-as-nails police chief who is on to him, a gorgeous femme fatale, his perpetually disenchanted mother, and a mysterious hotel receptionist (easily the highlight of the film). As Cristi is increasingly entangled in his actions on both sides of the law, so are we.

If this sounds eccentric and messy, you should know it is. This being a Porumboiu movie, though, getting lost in the many twists and the characters’ motivation is the real pleasure. The way the director assembles his very own film noir and juggles genre elements is delightful to watch, particularly if you get all the many quotes. Fans of straightforward narratives will be lost, but for those who like to be surprised at every turn and prefer a cinema this is more about mood and less about answers, The Whistlers is the real deal. In fact, it stands in the best company with the genre’s classics that are just as confusing in terms of plot (I don't think anyone really understands The Big Sleep). Which is not to say that the characteristically flawless director does not stumble at times here - maybe it is the challenge of first shooting in a foreign language, but while the linguistic gag is a brilliant idea, the island a gorgeous backdrop, and the international ensemble solid, it is only in the Bucharest scenes that the film really takes flight - but they are small nitpicks in an otherwise very stylish, assured film.

Whether one likes this picture as much as his previous efforts shot locally or not, Porumboiu’s versatility cannot be denied. He never makes the same film twice, even if there are a few themes he keeps returning to. He is a terrifically precise, self-assured filmmaker, and it’s a joy to watch him go for it, with no fear of absurd plotlines, over-the-top scenes, grand gestures (I will not spoil the end scene for you, but be assured this ride ends with a bang), and mixing a multitude of genres with both reverence and a tongue-in-cheek giddiness. What could come across as terribly pretentious on paper is a hilarious gem of a movie that is as deadpan as any Porumboiu pic, and surprisingly affecting.

The director stated in an interview that this was the most expensive film he has ever made, and it shows, in the best sense. The Whistlers is a lavish, elegant film that is a joy to look at. Everything about it is exquisite, from the colors, the costumes, the landscapes and architecture, and the magnificent ending. Porumboiu’s films have always been immensely watchable, clever fare, leaving you with much to ponder on afterwards, but with The Whistlers he adds on the polish.