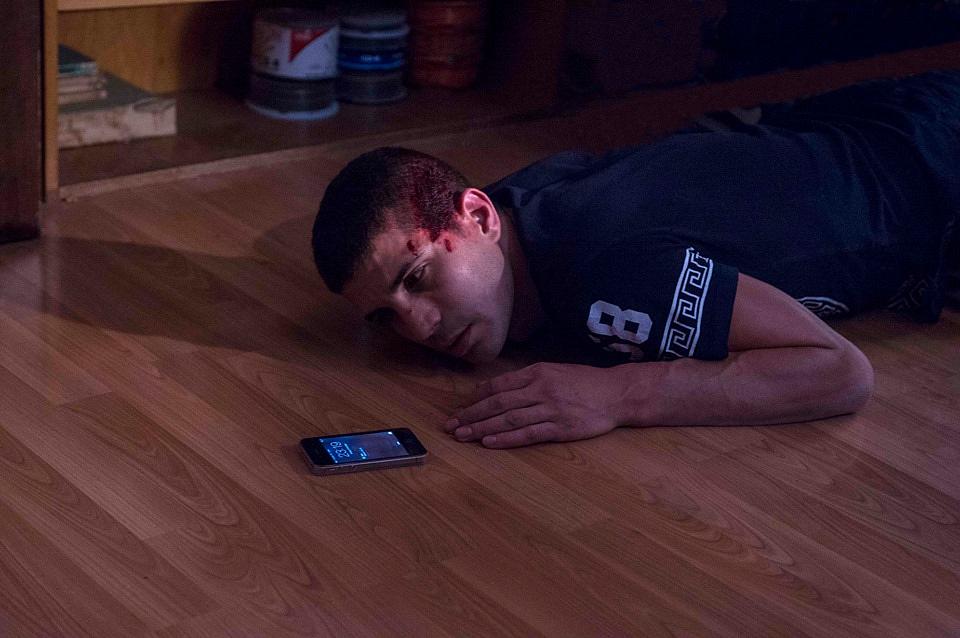 On 5 September 2014, in a club in Bacău, a 33-year-old man was hit on his head with a bottle and died after refusing medical care. The reason for the incident was that he asked the DJ to play the same song 10 times, making another customer so furious he lashed at him with a bottle. The piece of news was broadcast with the headline “Listening to a manea while drunk sent a young man from Bacău to his grave.“

And herein lies the twist: it was not any song, but a “manea”, a genre of pop music with oriental rhythms and folk elements, mainly associated with the ‘lower’ classes, and especially Roma, since they are its most prolific interpreters. Due to a change in the cultural and social discourse, they have been embraced by the mainstream, or let’s say the alternative scene (cool parties are not cool without at least one manea), and analysed as an undeniable phenomenon, with an impressive mass appeal and, for some of its best managers, a very successful one. In the 1990s and the following decade, however, they were ubiquitous and very much scorned upon (with a more or less explicit dose of racism) for being allegedly bad music, with bad grammar, simplistic content, and a cheap pop tune. The same could be thrown at other genres too, but only the manea could (and still can) trigger such high-brow outrage and contempt.

The piece of news prompted young director Nicolae Constantin Tănase to think of a film that tackles the tragedy of a young life lost so randomly coupled with a general lack of empathy for the deaths featured on the news, and racial and social prejudice. This production has the same title as superstar Florin Salam‘s (real-life fatal) hit Cap și pajură/Heads and Tails, and is currently shown in theatres throughout the country. If you love visceral movie experiences, this one’s for you.

Heads and Tails keeps it simple in terms of content, there is not much more than a temporal sequence of the moments leading up to the protagonist‘s death. As there is no big danger of spoilers in this case, this is what happens: After having sex with his brother’s girlfriend (apparently without being completely successful at it), a visibly disturbed, and probably already quite drunk Laurențiu hits the club’s dance floor. What follows is an approximately 13-minutes sequence, with a few cuts, in which we see him dance ecstatically to that same song in an increasing state of abandonment, until he is hit. It is a patience-trying sequence and filmed in a long shot, but a stunning set piece.

After starting with such a bang (literally, and in terms of cinematic bravura), it continues with showing Laur‘s increasingly aggravating state in his apartment. We do get one potential reason for his refusal to go to the hospital for further checks after having received first aid at the club: In what I assume is a matter of life and death, he is waiting for his beloved brother to arrive in order to settle a debt, apparently, and he needs to announce the guy in question that his brother is running late. The rest of the time he is shown masturbating to porn videos (in a very revealing shot), feeding his tortoise, throwing up, clumsily tending to his wound, lying on the bathroom floor, and mostly slipping in and out of consciousness while simply trying to stay alive, at least to catch his brother. The latter’s girlfriend also calls him non-stop and drops by to discuss what happened, and when she wants to help, he throws her out. Finally, after an agonizing time, someone finally does appear, and this is the one spoiler I won’t ruin for you. Let it be said that it left me gasping for air. It may not go down well with everyone, but I do applaud it.

Agony is also what the audience goes through since we are left to watch a man die from a head injury, which is both incredibly taxing and a testament to the film’s power, and especially the main actor‘s undeniable dedication to the role. The subjective shots and electronic score do a similarly good job of suggesting Laurențiu’s decay. But while I admire the unflinching look at a life drifting away, the question of his refusal to ask for help still stands. There are clues strewn throughout the film: the probably illegal activities with his brother, maybe the generalised distrust of Romanian medical services (from the lack of access to them and their poor quality, to how one is treated in hospitals, especially if poorer or Roma), maybe even more so a belief in some other (religious) forms of help or redemption (there is an Arsenie Boca picture literally watching over him from the wall across the sofa) the guilt over betraying his brother, or a young man’s delusional belief in making it on his own (the title song itself is an ode to brotherhood and sticking together, but also of success and power).

Despite its shakier elements, though, Heads and Tails is fearless, powerful filmmaking from a director whose 2015 debut Lumea e a mea/The World Is Mine was a breath of fresh air, a furious, pulsating film, and it’s good to see him remain as uncompromising in his approach and selection of topics as he is unafraid to address social problems.

You can check out the screening venues and times at cinemagia.ro and have a look at the trailer below.