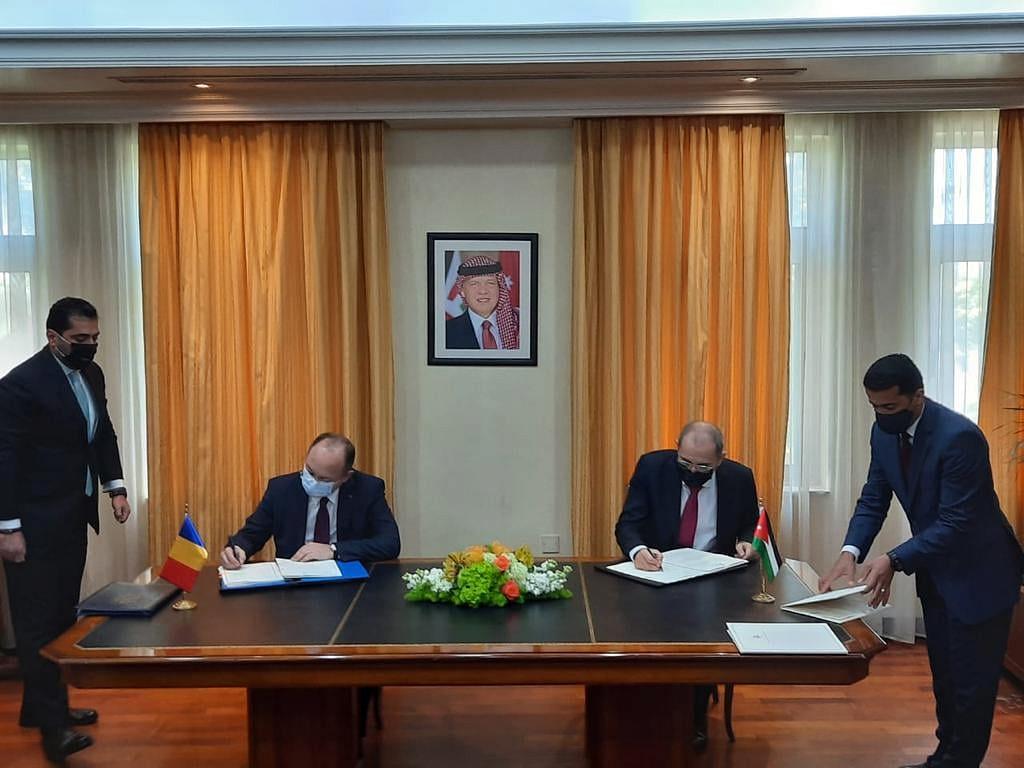 Romania's minister of foreign affairs, Bogdan Aurescu, met with his Jordanian counterpart Ayman Safadi in Amman on Sunday, April 4, during an official visit to Jordan. The two discussed several topics of interest, such as the Romanian-Jordanian bilateral relation and assessing the possibilities for deepening international cooperation, including from the perspective of the EU-Jordan and NATO-Jordan relationship.

Also, during the meeting, the two ministers signed the Treaty of Extradition between Romania and Jordan, the Romanian Ministry of Foreign Affairs announced, Digi24 reported.

Also, in the presence of the two ministers, the Secretary of State in Romania's Ministry of Interior Raed Arafat and his Jordanian counterpart signed the Agreement between the Government of Romania and the Government of Jordan on cooperation in disaster prevention and management.

"I would like to welcome the signing of the three new bilateral documents in the fields of justice and disaster management, which will, undoubtedly, strengthen our cooperation in these areas," Romanian minister Bogdan Aurescu said after the meeting.

The two heads of Romanian and Jordanian diplomacy also reconfirmed the "excellent relations between Romania and the Hashemite Kingdom of Jordan" and discussed ways to consolidate and expand Romanian-Jordanian cooperation in various areas of common interest.

"This visit represents clear evidence that Romania remains a trustworthy friend of Jordan, as it was over the last 56 years of bilateral relations. It also stands as proof of our determination to identify avenues of collaboration with Jordan in various fields. We are ready to make the best use of the existing potential in embarking on more ambitious cooperation projects. Our trade amounted, last year, to about USD 300 million, with an increase of over 16%, despite the pandemic context," the Romanian minister said.

"Our fruitful discussions today revealed our shared interest to expand our cooperation in a wide range of key fields of common interest, such as agriculture, food security, energy or IT&C," he added.

The two ministers also talked about the two countries' partnership in education and the Middle East Peace Process. The Romanian minister also invited his Jordanian counterpart to visit Romania.