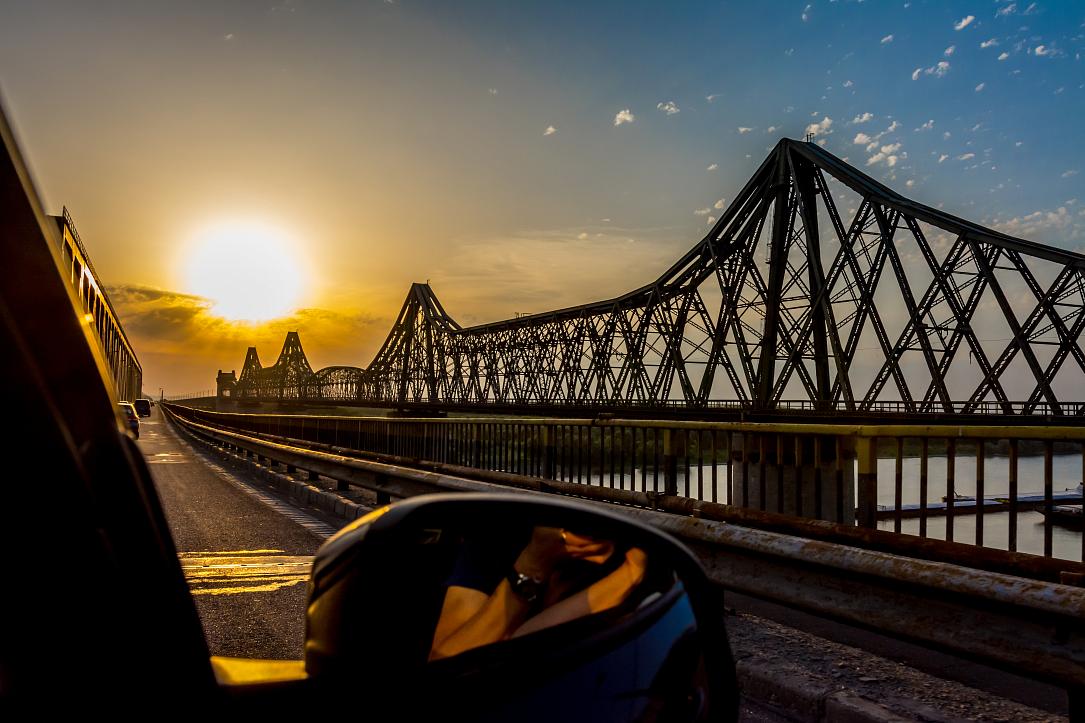 Lush scenery, medieval sites rich with history, or vibrant urban scenes – they are all at hand in these river-themed trips across the country.

On Romania’s territory, the Danube runs a length of 1,075 km in between Bazias and Sulina. It forms a border with Serbia, Bulgaria, the Republic of Moldova and Ukraine, and it collects most of the rivers in Romania. It meets various cities in Romania, among them Drobeta Turnu Severin, Giurgiu, Brăila, Galați or Sulina. 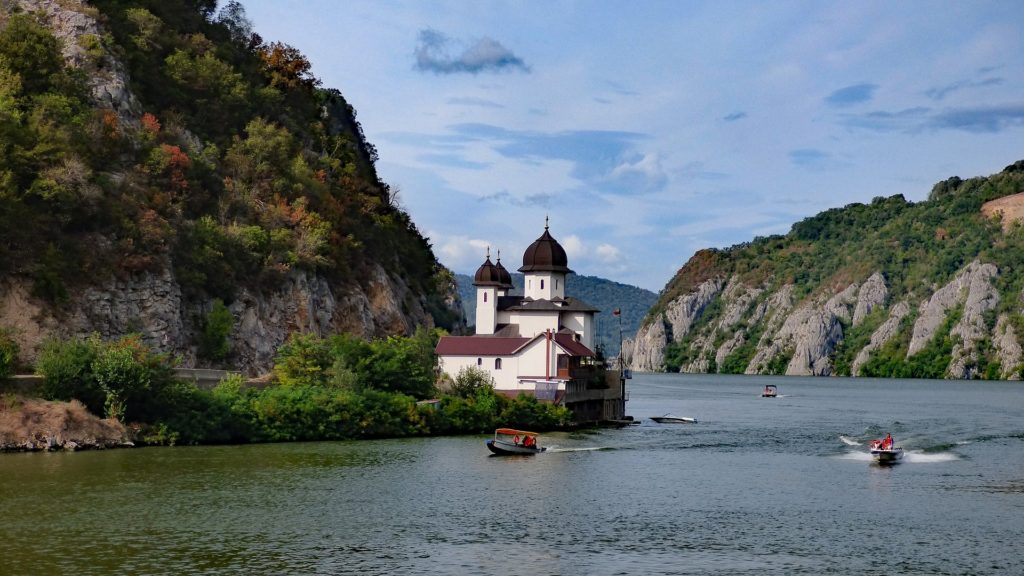 The Danube in Romania. Photo: Pixabay.com

For a spectacular view of the river travelers can turn to the Portile de Fier/Iron Gates National Park, in Caras Severin county. A a journey on the Danube Canyon/Cazanele Dunarii will reveal spectacular sights of the river and the Banat black pine forests. And of the rock where the portrait of Dacian ruler Decebal is sculpted.

Elsewhere, several Danube cruise options are available. Among them, the ones that start from the Moldova Veche Port and follow the route Moldova Veche – Baba Kaja – Golubat Fortress.

A Danube-themed trip cannot miss a visit to the Danube Delta, to navigate its channels, see its wealth of flora and birds or stop in one of the old fishermen villages.

The river Olt crosses six Romanian counties: Harghita, Covasna, Brașov, Sibiu, Vâlcea and Olt. It lends its name to one county and to the historical region of Oltenia.

One of the most spectacular places along the river’s course is the Olt Defile, in between Lotrului and Căpățânii mountains. At 47 km long it is the longest in the country, spreading from Turnu Roșu to Cozia. 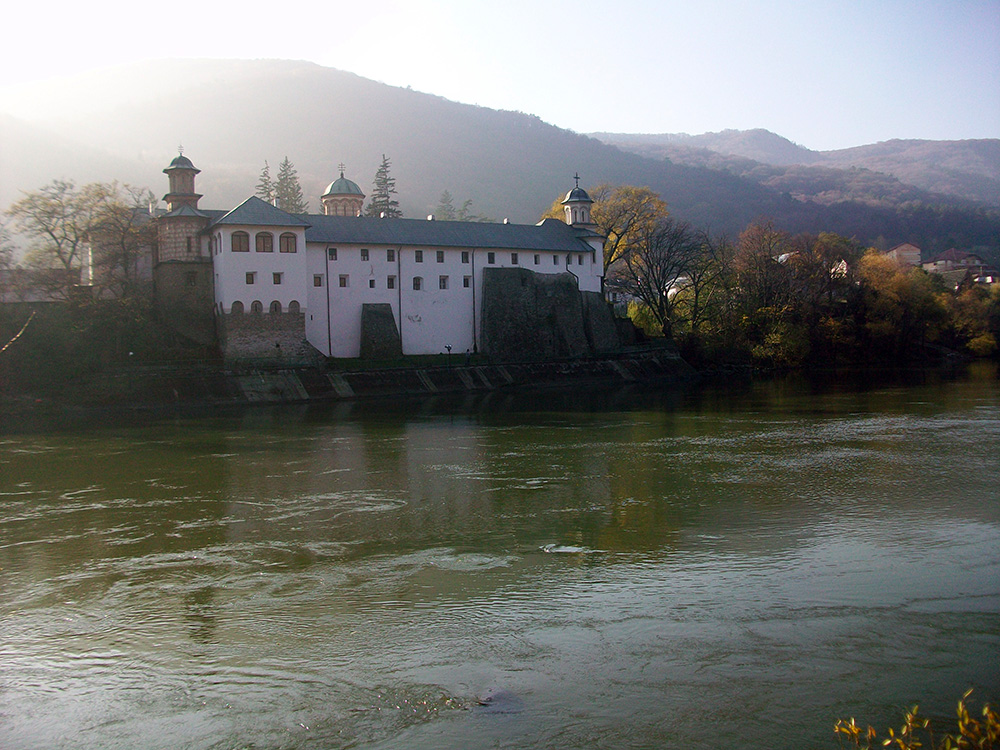 At Cozia, visitors can find one of the most important medieval monuments in the country, the Cozia Monastery. The monastery was built in 1388 at the request of Mircea cel Batran (Mircea the Elder), a ruler of Wallachia from 1386 until 1418, and it also houses his tomb.  The monastery’s fortified cloister is regarded as a unique display of Byzantine style preserved in Romania. The construction suffered various alterations in time, under the ruler Neagoe Basarab (1517), Şerban Cantacuzino and Constantin Brâncoveanu (1707). The latter added a veranda, a new fountain, a chapel and a watch tower, bringing in what is known as the Brâncovenesc style or the Romanian Renaissance.

To explore the region that bears the name of the river, Horezu is a must-stop place. It is a rich repository of craftsmanship, architecture and history. You can discover here the 17th century Hurezi Monastery, another example of the Brancovenesc style, or the region’s traditional pottery, included in the UNESCO list of intangible cultural heritage.

Legend has it that Mures and Olt are brothers, springing from the same mountains in Harghita county. However, while Olt flows to the South, Mures goes to the West, calmly making its way through the Transylvanian plateau.

The river passes through places full of history, including the historic cities of Targu Mures, Alba Iulia, Deva, with beautiful medieval fortresses. Alba Iulia, in particular, is known as the city of the Great Union of 1918. The city's Alba Carolina fortress, one of its kind in Romania, is a growing tourist attraction. 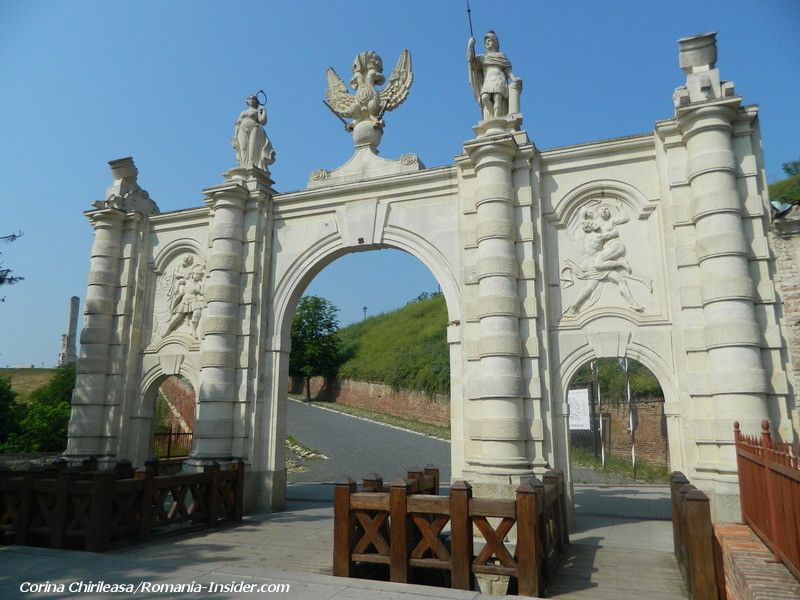 Entrance to the Alba Carolina Fortress in Alba Iulia

Mures also passes through Blaj, the place where some 40,000 Romanians from Transylvania gathered in 1948 to shout their wish to unite with "the country".

The Mures also has two beautiful defiles, one close to its springs, between Toplita and Deda, and a wider one in the West, between Deva and Lipova. As it moves to the West, it passes through the village of Savasin, where the Romanian Royal family has a beautiful palace, and then through the city of Arad.

With a length of 761 km, Mures is the second-biggest river on Romania's territory after the Danube.

Springing from the Făgăraș Mountains, the Argeș river runs its 350 km-long course through the counties of Argeș, Dâmbovița, Ilfov, Giurgiu, and Călărași.

A good place to take in a view of the river is Curtea de Argeș, a city on its right bank. The town is a landmark for the country’s Middle Ages history and, at the same time, is linked to one of the most famous Romanian legends, that of Master Manole. 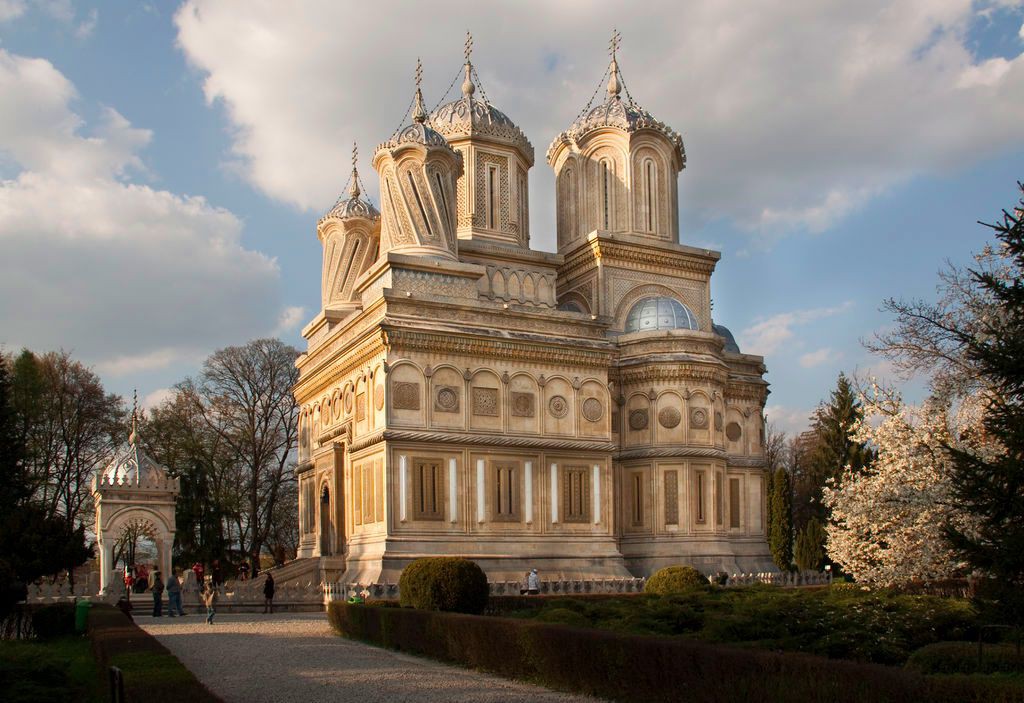 Flowing through the regions of Maramureș, Bucovina and Moldavia, the Bistrița river is 283 km long. The towns of Vatra Dornei, Bicaz, Piatra Neamț, Roznov, Buhuși and Bacău lie along the river.

The river's upper course, however, is its most picturesque part, as it passes through beautiful villages, including Ciocanesti, one of the most colourful destinations in Europe.

One of the biggest artificial lakes in Romania was built on Bistrita river during the Communist regime, in the 1950s and 1960s for the hydro power plant at Bicaz. Tourists can also take boat rides on the Izvorul Mutelui (Mountain Spring) lake, which has a great view over the Ceahlau Mountains.

Close by, the Bicaz river, one of Bistrita's affluents, has formed one of the most spectacular natural landscapes in Romania, the Bicaz Gorge, a narrow road that connects Transylvania to Moldova.

Linking Romania to Serbia, Bega is strongly associated with the western Romania city of Timisoara. The city, which is the midst of preparations to become the European Capital of Culture in 2021, is one of Romania’s most diverse cities, with a population mix of Romanians, Hungarians, Germans, and Serbs. 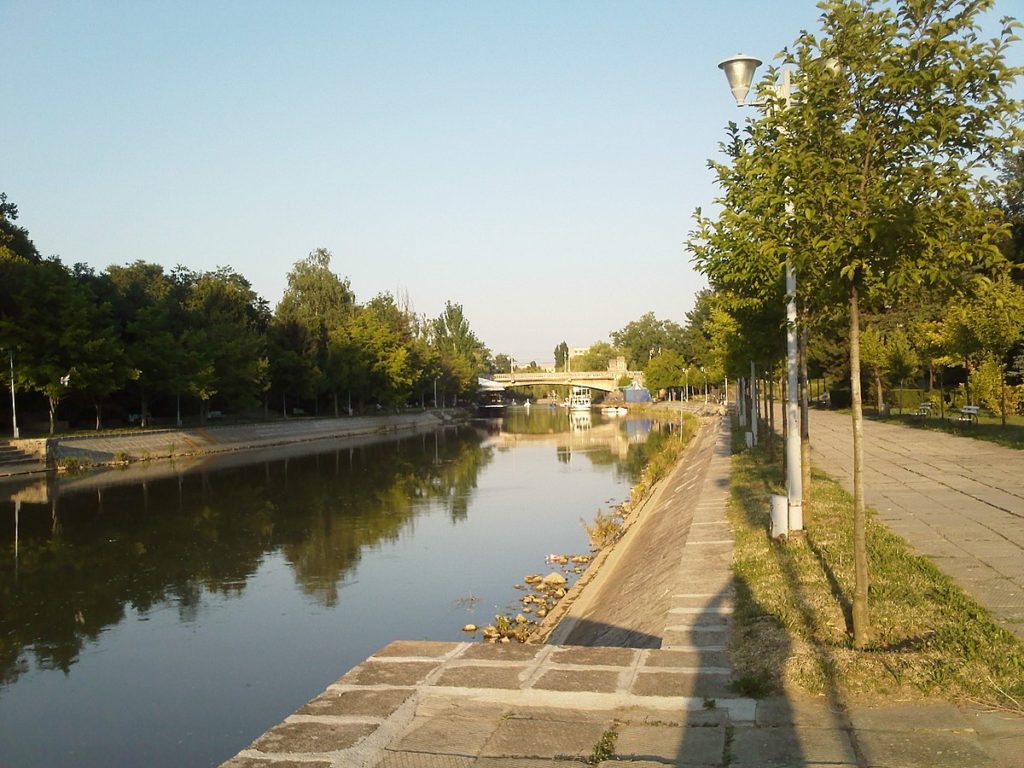 The city has many beautiful Baroque palaces and houses, which earned its nickname of Little Vienna, many public parks, gardens and green areas, and a vibrant cultural scene. It is also the place where the Revolution of 1989 started, and the Revolution Museum here is worth a visit.

Recently, the city has been working on making the Bega canal, crossing western Romania and neighboring Serbia, navigable again.

What Bega is to Timișoara, Someșul Mic is to Cluj-Napoca. The city hardly needs recommendation as it has seen increased tourist and business interest and it has managed to outshine the capital and many others in the country with its development and initiatives. Besides being a start-up hub, Cluj-Napoca is well worth the trip for the many festivals held here, among them Transilvania International Film Festival TIFF or Untold. Its vibrant cultural life has transformed former factories and old palaces, adding to the list of places to visit in the city. 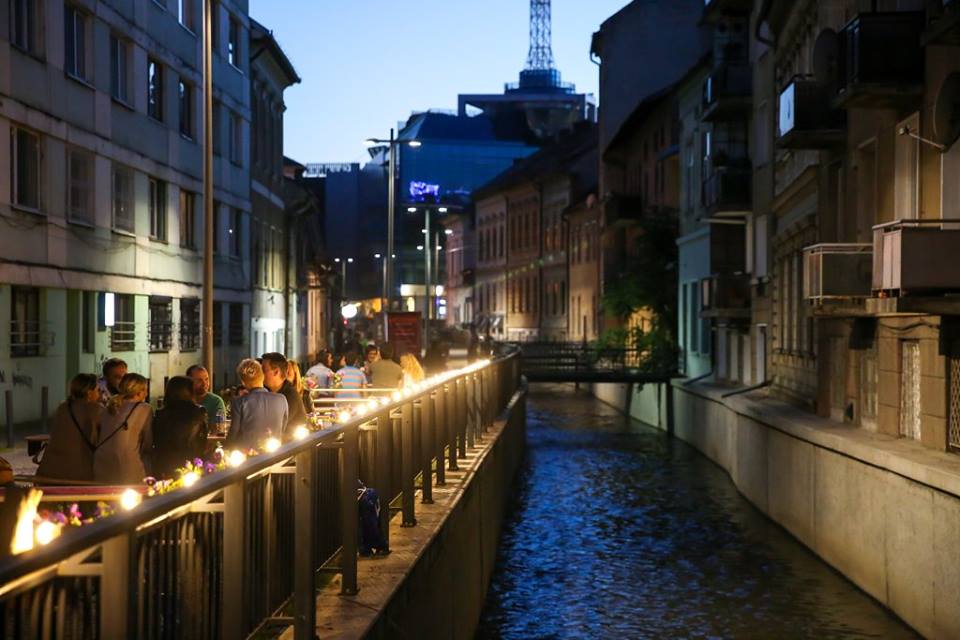 As for Someșul Mic, a project is now underway to make the banks of the river more pedestrian friendly in the city. The project entails the transformation of the river banks on a length of 10 km, to include pedestrian and bicycle lanes, a venue for concerts, and areas for terraces.