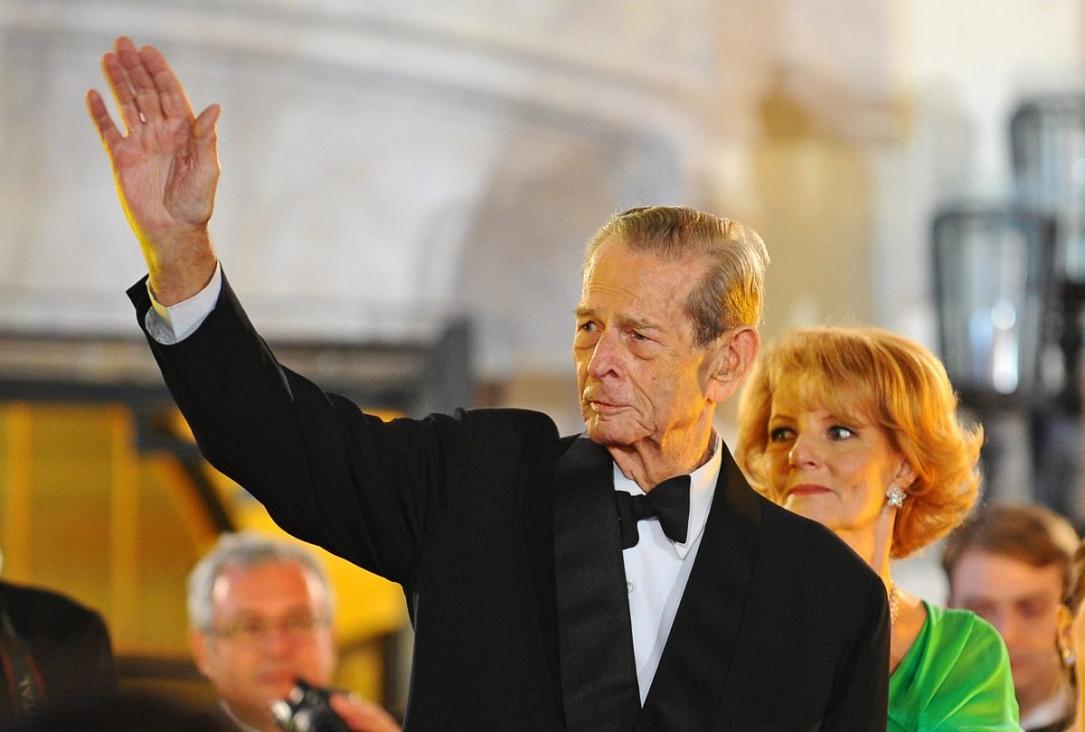 Although he lived most of his life in exile, the late King Michael of Romania will always have a special place in the hearts of the Romanian people.

He was born in Romania but died far away from his home country, in Switzerland, where he also lived most of his life.

Here’s a list of 20 interesting facts about Romania’s last king:

1. He was born Prince Michael of Romania at the Foisor Castle located on the Peles Royal Domain in Sinaia, Romania, on October 25, 1921. His parents were Crown Prince Carol and Crown Princess Elena, and his grandparents were King Ferdinand I and Queen Maria of Romania, and King Constantine I and Queen Sofia of the Greeks.

2. Prince Michael first became king on July 20, 1927, aged only 5 years and 9 months. He is thus the only sovereign of the world who lived 90 years after the crowning. However, on June 8, 1930, his father Crown Prince Carol returned to the country and took back the throne. Ten years later, on September 6, 1940, following the abdication of his father, Michael I became king once again.

3. On August 23, 1944, at the age of 22, King Michael took the most important decision of his reign. He ordered the arrest of Marshal Ion Antonescu, who had led Romania to fight alongside Nazi Germany in World War II, and decided that the Romanian Army should fight alongside the Allies. His decision reportedly shortened World War II by some six months, helping save hundreds of thousands of lives.

4. King Michael was 26 years old when he was forced to abdicate, on December 30, 1947, and leave the country, which he was not able to see for 44 years. During his exile, he lived in several countries, namely Switzerland, Italy and England. During the exile in Switzerland, King Michael lived in five different houses.

5. He met his wife, Princess Anne of Bourbon-Parma, in November 1947, when he was in London for the wedding of Princess Elizabeth and Philip Mountbatten. Their marriage took place on June 10, 1948, in Athens, Greece. They had five daughters together, and stayed married for 68 years, being the longest royal couple in Romania’s history.

6. The first song the royal couple listened every time they moved to a new house was Poema Romana by Romanian composer George Enescu. Sometimes, the King and the Queen were listening to this beautiful piece even before opening their luggage.

7. In 1941 at the Foisor Castle, King Michael composed the Elegie work for piano, which was orchestrated by composer Ion D. Chirescu. The work was adapted and presented after 1989 by master Dan Grigore. Also, in 1960, the king and the queen wrote together a play called The Choice about the struggle between the capitalist and communist systems, and the role of faith in a person’s life.

8. In the early years of exile, King Michael and Queen Anne had a small hen farm. They sold eggs to the market to complete their income. During the years of exile, the king also worked as a broker in New York and even opened, together with business partners, a small electronic flight equipment construction company called "Metravel".

9. The king was also a big fan of cars. He took the first driving lessons at he age of six, but he was staying in the arms of a driver as couldn’t reach the pedals with his feet. He also received his first car when he was six years old, a Morris. King Michael fully refurbished nine Jeep cars during the decades spent in exile. Four of them are now at the Savarsin Castle in Romania, being the centerpieces of the Royal Motor Museum that will be set up there.

10. Queen Anne was the one who recorded the king's messages for the country during the years of exile, which were transmitted through Radio Free Europe.

11. 50 years after meeting in London, King Michael and Queen Anne attended together the golden wedding anniversary of Queen Elizabeth II, in 1997. The Romanian royal couple stayed at the Buckigham Palace.

13. Queen Anne and King Michael visited Romania for three days in 1992. However, the king was only welcomed back to the country in 1997. In October 2011, on his birthday, King Michael I gave a historic speech in front of the Romanian Parliament.

15. King Michael got back the Peles Castle in Sinaia in the summer of 2008. On his return to the Royal Domain of Sinaia, he confirmed that the gates of the Peles Castle would always remain open to Romanians.

16. King Michael’s last public appearance was in November 2014 when he invited 12 former Presidents for dinner to celebrate 25 years from the fall of Communism.

17. The Royal Council announced King Michael’s retirement from public life in March 2016, after he was diagnosed with metastatic squamous cell carcinoma and chronical leukemia. That was also the moment when His Majesty announced that he passed to his daughter, Princess Margareta, the responsibility to represent Romania’s Royal House.

19. From the moment of his proclamation as King of Romania until the moment of his death, King Michael was contemporary with 16 presidents of the United States of America, eight Pontiffs, and eight kings and queens of Great Britain.