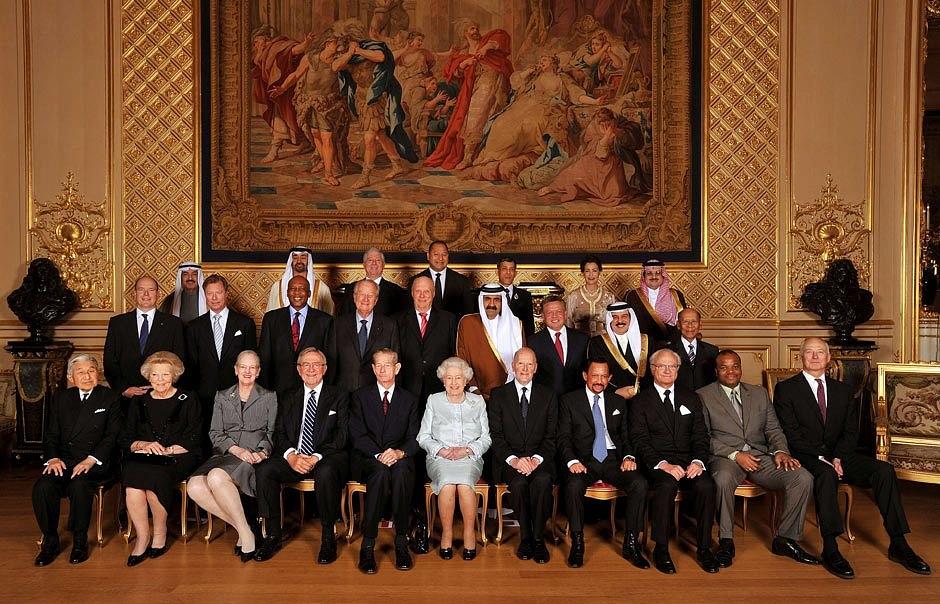 King Michael I, Romania's last sovereign, was a great-grandson of Queen Victoria and a third-degree cousin of Queen Elizabeth II of Great Britain, but the Royal Family of Romania has blood ties with other important dynasties in Europe, including the Spanish Royal Family as well as the Greek and Danish Royal Families.

Queen Elizabeth II of Great Britain is the most famous contemporary monarch who has blood ties with King Michael I of Romania, as the two were third-degree cousins. King Michael sat to the right of the Queen in the group photo of all the Royal House heads invited to the Diamond Jubilee in 2012 (opening photo).

The story begins more than 140 years ago, when Princess Maria, the daughter of Alfred of Great Britain and Ireland, Prince of Saxony-Coburg-Gotha, Duke of Edinburgh and Great Duchess Maria Alexandrovna of Russia, was born. Princess Maria was the granddaughter of Queen Victoria of Great Britain and Tsar Alexander II of Russia. She became Queen of Romania after marrying Ferdinand, the Crown Prince of Romania, the nephew of Carol I, Romania's first king. King Ferdinand and Queen Maria ruled Romania through World War I and to the Great Union of December 1, 1918.

The two had one son, who later became King Carol II. King Michael I of Romania was the son of King Carol II and Queen Maria's grandson.

The Romanian Royal House also has blood ties with the Greek Royal Family, as Queen Elena, the mother of King Michael I, was born Princess Elena of Greece and Denmark on May 3, 1896. She was the daughter of King Constantine I of the Greeks and Queen Sofia. Actually, the strong relation between the Greek and Romanian Royal families was once again seen in the summer of 1948, when King Michael married Queen Anne in Athens. The king was in exile at that time, after he was forced to abdicate in late-1947.

Queen Anne, the wife of King Michael I, also contributed to the long list of blood ties between the Romanian Royal Family and major European Royal houses, as she was the daughter of Prince Rene of Bourbon-Parma and Princess Margaret of Denmark.

King Michael died on December 5, aged 96, more than one year after the death of his wife, Queen Anne. Their daughter Princess Margareta is now the head of the Romanian Royal House and is to get the title of Queen. However, the Royal House of Romania currently has only a symbolical status as the country is a republic run by the President and Parliament.

King Michael, Romania’s last monarch, will be buried at Curtea de Arges in Romania, on December 16, next to his beloved wife, Queen Anne.

Queen Anne of Romania, the woman who stood besides King Michael I for 68 years