Three years since the Colectiv club fire in Bucharest: What has changed? 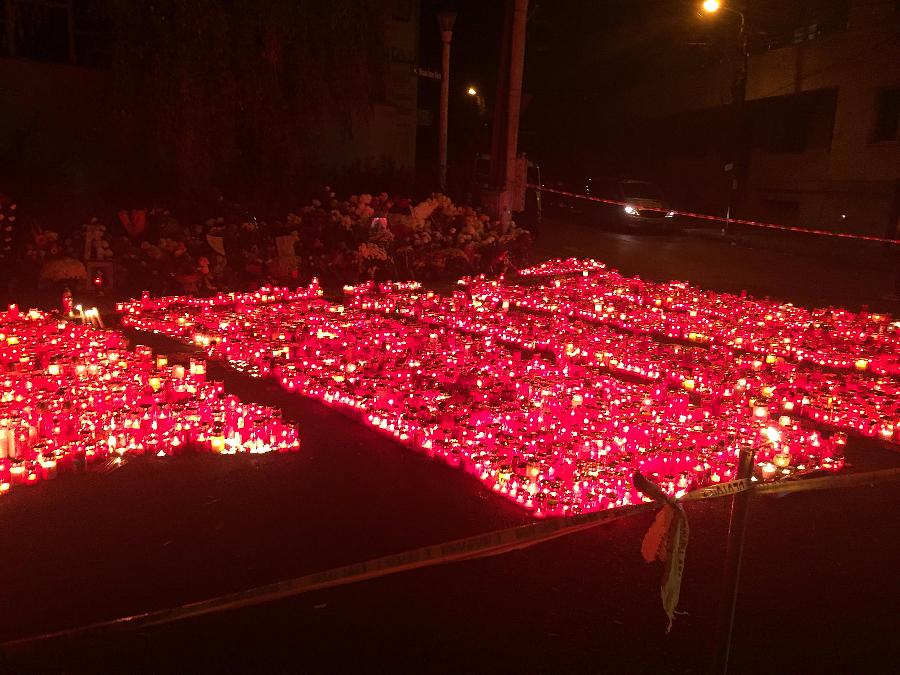 On October 30, Romania commemorated the 2015 Colectiv club fire in Bucharest. The fire that led to 65 deaths exposed the weaknesses of the local healthcare system. It also led to the resignation of then prime-minister Victor Ponta, a few days after the event. Three years on, the country does not seem more prepared to prevent or cope with similar circumstances.

Some 400 young people went to Colectiv on the evening of October 30, 2015. They were attending the release of the latest album of Romanian band Goodbye to Gravity. The fire started at 22:30 and killed 27 people only that night, injuring many more.

After the fire, the burn victims received grafts from the skin bank at the Grigore Alexandrescu Hospital. The bank had 7,000 sq cm of skin at the time of the fire, enough to treat the 137 wounded admitted following the fire.

The bank however was closed eight months ago. The authorities suspended its activity because it lacked the infrastructure, staff and financial resources to function properly, Digi24 revealed. Romania has no other such bank.

The bank used to be located next to the operating hall of the Grigore Alexandrescu Children’s Hospital. The tissues were cryogenized at -80 degrees and stored in special containers.

Sorina Pintea, the health minister, told Digi 24 that the bank at the Grigore Alexandrescu Hospital was asked two years ago to submit to a compliance plan since it “was rather an improvisation.” The plan was not implemented and the bank’s activity was suspended.

In 2014, the government adopted a decision proposing the establishment of four skin banks in the country. When she took over as health minister in 2018, Pintea said she realized only one could be built, the one in the capital. The other ones should have been established in Iași, Timișoara and Târgu Mureș.

The minister explained that issues such as the lack of available land or of various facilities from the local authorities prevented the project from taking off in the country. “We are quite advanced with the documentation of the skin bank in Bucharest. For the other three we still have issues we need to solve,” the minister explained.

Besides the missing skin bank, the hospital infrastructure is ill equipped to cope with a high number of burn victims.

The health minister said there are currently 11 viable burn recovery beds and, if a situation such as the Colectiv one happens again, Romania would have to ask for foreign help to treat the victims.

“No country in Europe can treat such a high number of victims as they were in the Colectiv fire – and I hope it never happens; then we will definitely have to ask for foreign help,” the health minister said, quoted by Digi24.

The ruling Social Democrat Party (PSD) leader Liviu Dragnea agreed with the health minister in saying that no country in the world is prepared for tragedies such as the Colectiv one. “If it happens, I hope we are ready,” he said.

According to data released by the Health Ministry on October 31, there were 298 beds for burn victims in the network of the ministry and of the local administration, Mediafax reported.

A report completed in early 2017 showed that the public hospitals were not ready for such a high number of burn victims. Romania had only 10 beds available in 2015 for patients with severe burns. The nosocomial infections, which were the main reason why some of the survivors later died in hospitals, further complicated the situation. They continue to be an issue.

Transferring the victims of the fire to other hospitals outside of Romania was an issue in the Colectiv case. The relatives of the victims argued that it was done too late to allow the wounded a chance to recovery. The same 2017 report showed that the Romanian authorities initially refused the transfer abroad for the victims and this was done only at the pressure of the public.

“Without a doubt, if we had a clear procedure on embarking [patients] on a plane and leaving, then it is clear that some of the patients could have been transferred to places with better conditions. Here we worked under calamity conditions. We had a very high number of patients. Many people wonder how we managed to have so many ventilators and equipment,” Arafat said, quoted by Digi24.

According to the Health Ministry, an increasing number of patients with burns receive treatment outside of Romania. They are treated in countries such as Israel, Germany, Belgium, the Netherlands, France, Sweden and UK.

The ministry also said that Romania plans to build four large centers for burn victims: in Timişoara, Târgu Mureş and two in Bucharest. The centers will be built through a program of the World Bank. The ministry said that the technical projects for the four centers will be finalized by the end of 2019 and that the building contracts would be signed in 2020.

Another large center for burn victims was completed in 2017 at the Sf. Spiridon County Emergency Hospital in Iasi, Eastern Romania. The center is expected to become functional next year.

A total of 64 public hospitals in the country have departments or sections dedicated to plastic surgery or reconstructive microsurgery. Among them, 24 have departments for the care of burn victims.

The Colectiv fire also opened up the issue of fire safety permits and of the means of obtaining them. The government decided that the Emergency Situations Inspectorate – ISU will have the legal right to close down all the clubs, bars, pubs, and public places that don’t respect the safety rules. The anticorruption directorate DNA prosecuted former Bucharest District 4 mayor Cristian Popescu Piedone for abuse of office in the Colectiv case. According to the DNA, Piedone did not properly fulfilled his duties when he signed the papers that allowed club Colectiv to function, disregarding the legal provisions on fire prevention and safety measures.

Still, today many clubs, bars and malls in Romania stay open without a fire safety permit. A total of 280 clubs do not have such a permit and 3,200 venues do not meet the requirements to receive a permit, according to data quoted by Stirileprotv.ro. At the same time, almost 5,000 venues only have a license, meaning the owners promised they would work to meet all the needed provisions to receive an authorization. These include setting up enough evacuation ways, installations for extinguishing and evacuating smoke and smoke detectors. Once firemen establish that the buildings are furnished properly, the venues receive the authorization.

In Bucharest’s Old Town, many clubs and bars have a notice posted on the window warning those who enter that the venue has not been authorized by the firemen. At the same time, legislation passed since 2016 stipulates that venues with a surface smaller than 200 sqm no longer need an authorization.

Over 2,000 people attended a march in Bucharest on the evening of October 30 to commemorate the victims of the Colectiv fire. The victims were commemorated in other cities in the country as well, among them Oradea, Sibiu, Cluj-Napoca, Arad, Timisoara or Ploiesti.