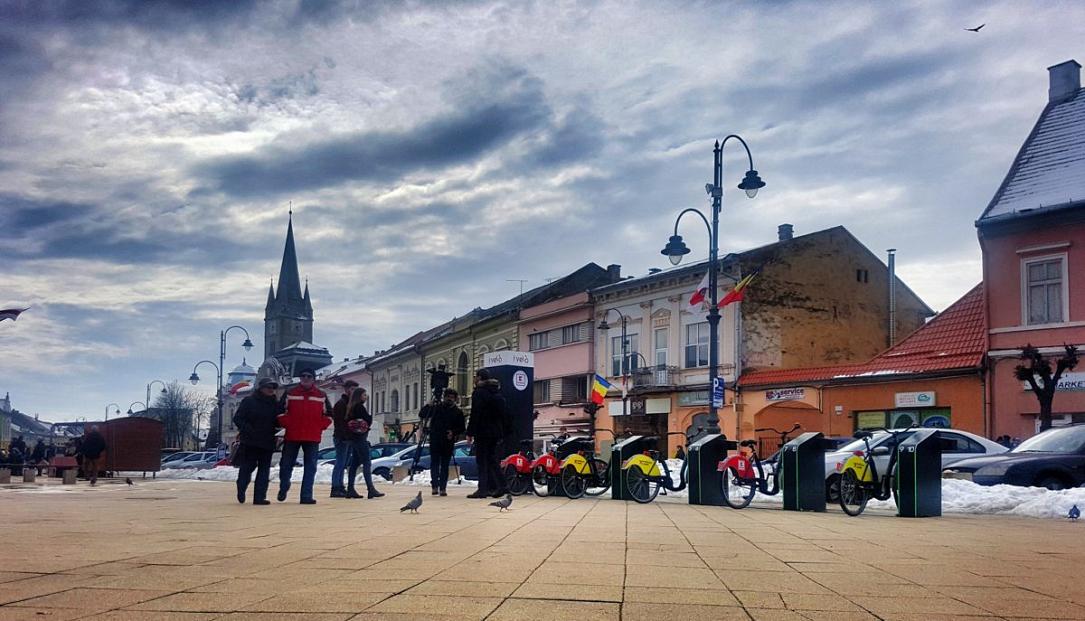 The Romanian city received the distinction for its “clear planning vision, robust financing strategy, and measurable targets.” The jury also noted the “replicability of the strategy and its potential to inspire other similarly-sized cities” but also the high level of ambition within the plan.

Turda, which has a population of around 50,000 inhabitants, was shortlisted for the SUMP award alongside Greater Manchester (United Kingdom) and Milan (Italy).

Cristian Octavian Matei, the Turda mayor, at the ceremony (center/ fourth from left)

The European Mobility Week campaign runs in September of each year, and provides towns and cities with an opportunity to test sustainable transport alternatives. Citizens are encouraged to choose sustainable alternatives, such as walking and cycling to lower their carbon footprint, improve air quality and make the urban areas “more pleasant places to live and work.”

Over 2,500 towns and cities participated in the 2017 edition of the event.