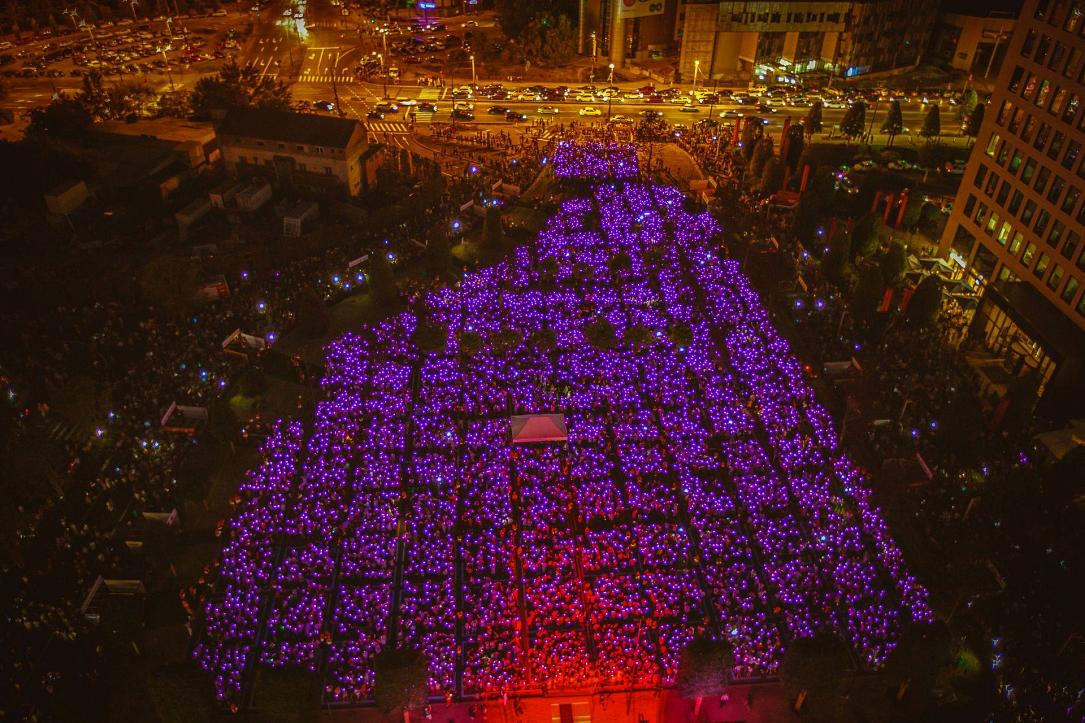 Timișoara, a city in western Romania, has set a Guinness world record for the most LED lights lit simultaneously, Stiri.tvr.ro reported.

Over 7,000 people gathered on the evening of August 31 to light the LED bracelets they received upon arriving in the city’s Council of Europe square. Along with the bracelets, those attending received an access ticket that was scanned, thus allowing the real-time counting of the participants on a screen set up on the premises.

With this, Timișoara broke a record previously held by India. It surpassed the previous record by 4,400 lights.