What is Romania famous for? People, places & more 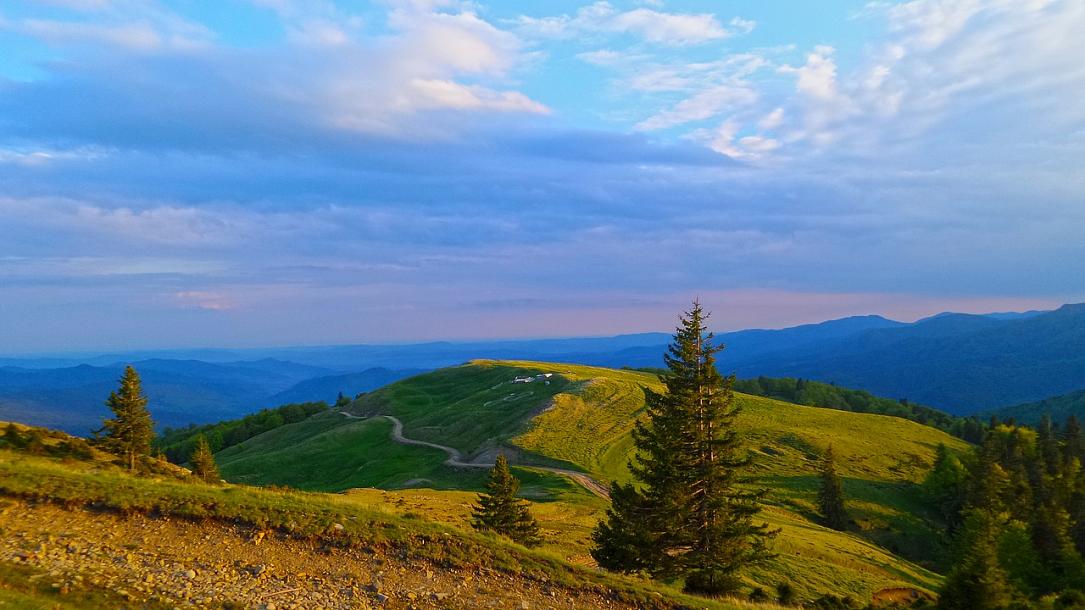 Although not a geopolitical or economic powerhouse, Romania has a rich history, beautiful nature and talented people, some of whom have made its name famous worldwide.

Gymnast Nadia Comaneci put Romania on the world map of gymnastics many years ago. In fact, many foreigners still think about Nadia Comaneci when they’re asked to name something they know about Romania. But the list of things Romania is most famous for also includes the well-known region of Transylvania, the Carpathians, the amazing Danube Delta, famous footballer Gheorghe Hagi, late Communist dictator Nicolae Ceausescu, and more. Check our list:

Transylvania and the story of Dracula 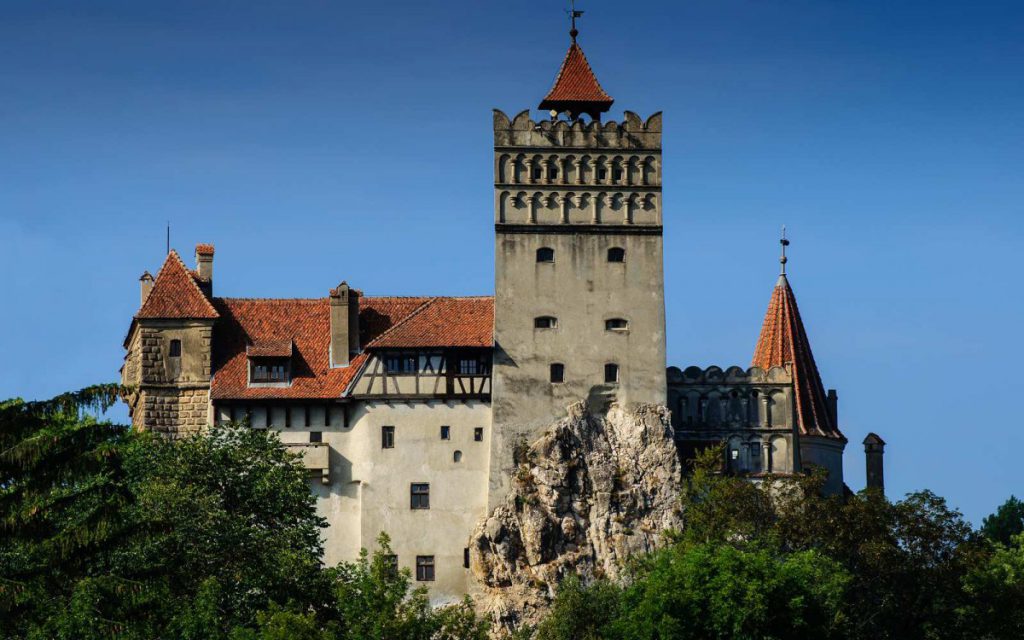 Transylvania is for sure one of the most famous regions on Romania, especially because of the stories linking it to the famous legend of Count Dracula. However, this region in central Romania is much more, being home to amazing landscapes and beautiful castles and cities.

The most well known cities are Cluj-Napoca, Brasov, Sibiu, Oradea, and Alba Iulia, but there are also smaller medieval towns that are very popular among tourists, such as Sighisoara, Medias or Sebes. As for the castles, the most famous is, of course, the Bran Castle in Brasov, which is also known as Dracula’s Castle. In fact, this castle is one of the most popular tourist destinations in Romania. But the Corvin Castle in Hunedoara, one of the largest castles in Europe, is also worth visiting.

On top of that, Transylvania has been called “the land of Dracula” for many years now, mainly due to its connection with Bram Stoker’s horror novel Dracula, for which the writer used Transylvania as a setting. 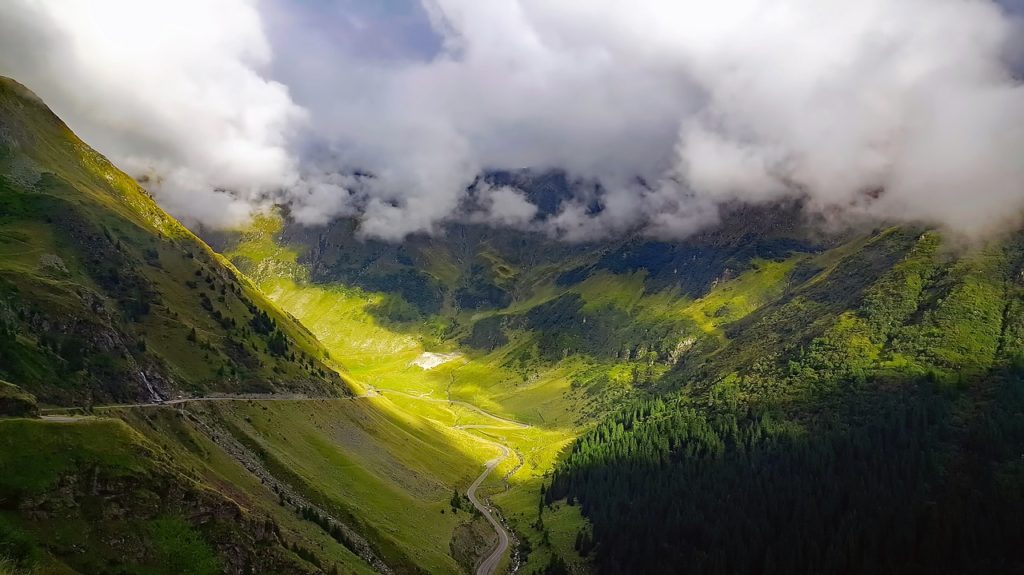 The Carpathians are the second-largest mountain range in Europe, providing the habitat for the largest European populations of brown bears or wolves, with the highest concentration in Romania. One of the wildest areas in Romania, the Carpathian Mountains are also home to some of the last remaining virgin forests in Europe.

The Carpathians also make Romania known worldwide, offering some of the best views in the world. Moreover, some drivers know the Carpathians because of the high altitude roads Transfagarasan and Transalpina, nature enthusiasts know it because of the high variety of plants and animals living here, while those who prefer outdoor activities know it for the hiking experiences it offers or the many ski resorts it hosts. 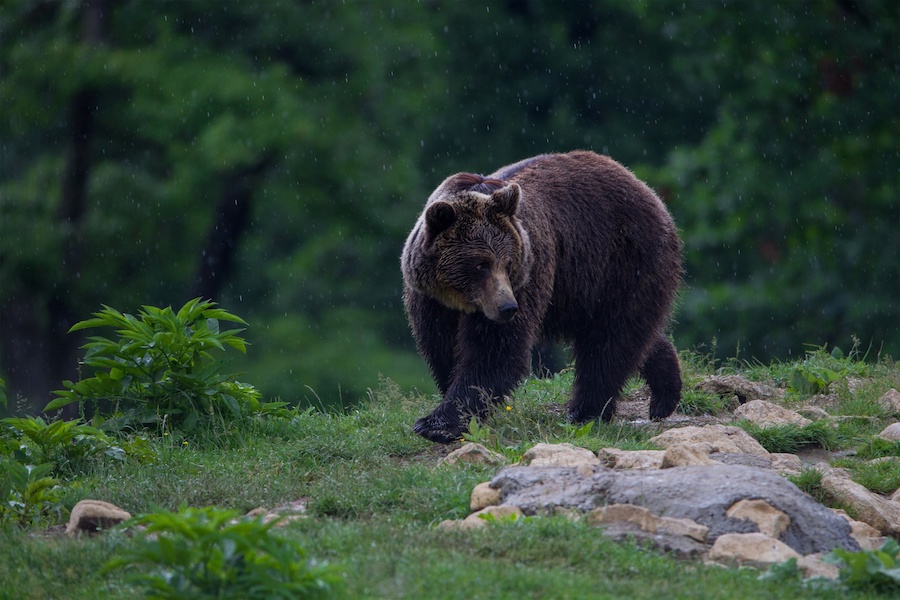 Romania’s Carpathians are home to many species of animals, but the brown bears have always caught the people’s attention, especially because of the large population roaming the local forests. It is believed that there are over 200,000 brown bears in the world, and estimates say that over 6,000 of them are living in Romania’s forests in the Carpathian Mountains: the largest population of bears in the European Union.

Tourists hiking in the Carpathian Mountains can spot a bear roaming freely, which, although a beautiful experience, it can be very dangerous, but these animals also began searching for food outside the forests, being spotted in cities located near the mountains. Nevertheless, the bears are beautiful wild animals, very important for the ecosystem.

You may also want to read: Nature in the Fagaras Mountains: Romania’s brown bear 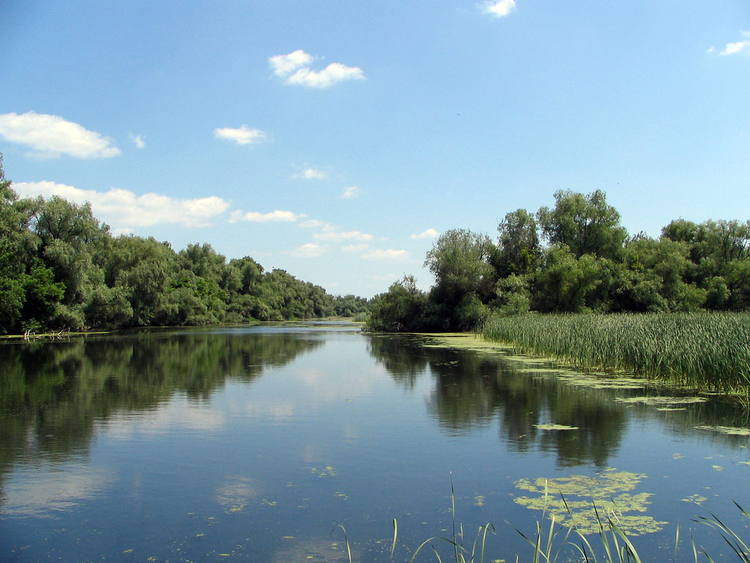 One of the largest and best preserved of Europe’s deltas, the Danube Delta in Romania is also a place known worldwide. Located in Eastern Romania, this biodiversity hotspot is perfect for nature enthusiasts, hosting over 300 species of birds and 45 freshwater fish species, as well as other animals such as the beautiful wild horses.

The Danube Delta, a UNESCO-protected site, is formed by the waters of the Danube River flowing into the Black Sea. It is a great place for relaxation, giving visitors a chance to reconnect with nature.

You may also want to read: Romania’s Danube Delta can be explored virtually with Google Street View 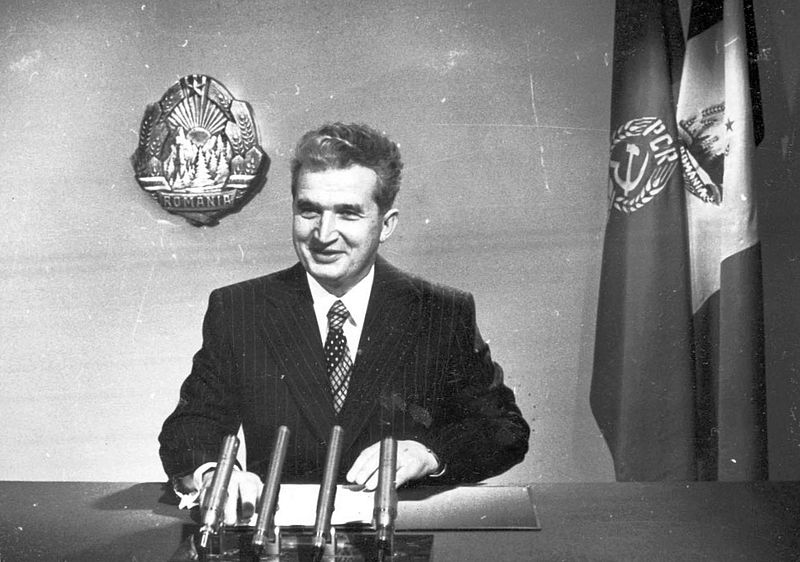 What many people think of when they think about Romania is the country’s Communist past. And when they say Communism, most think of the last dictator the country had – Nicolae Ceausescu.

Communism existed officially in Romania between 1947 and 1989. It ended in December 1989, with the fall of Communist leader Nicolae Ceausescu. The main political event that announced the imminent fall of communism in Romania was the anti-communist riot in Brasov, which took place in November 1987. Then, in mid-December 1989, a protest erupted in Timisoara, one of the biggest cities in Western Romania, spreading to other cities and Bucharest. Ceausescu fled Bucharest by helicopter but was captured in Targoviste, the city where he and his wife Elena were quickly tried and sentenced to death. They were both executed on the Christmas Day of 1989.

The mammoth Palace of the Parliament 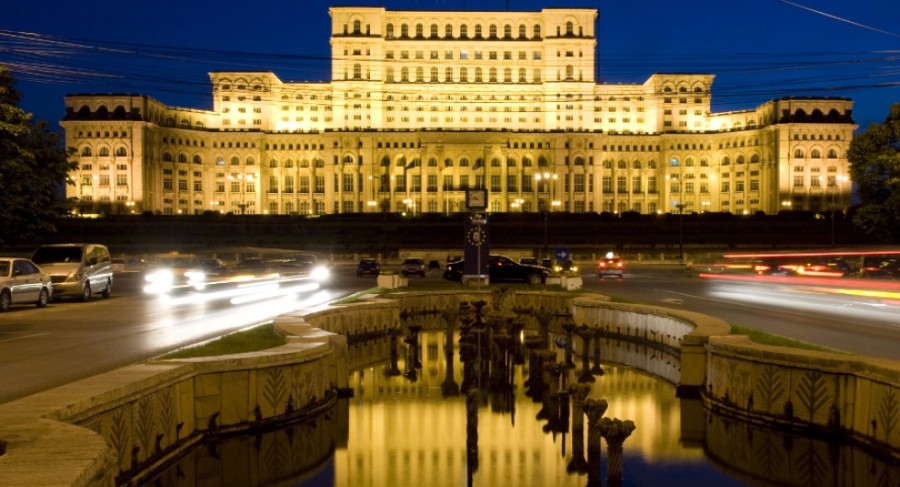 One of the most famous constructions left behind by late Communist leader Ceausescu is the Palace of the Parliament in downtown Bucharest, also known as People’s Palace. One can simply not miss this building, mainly because of its size: it is the world’s largest administrative building (for civilian use) and the second-largest building in the world after the Pentagon in the US.

A landmark of the Romanian capital, this mammoth building has become very popular among tourists, being one of the things most foreign tourists plan to visit when they decide it’s time to see Romania as well. 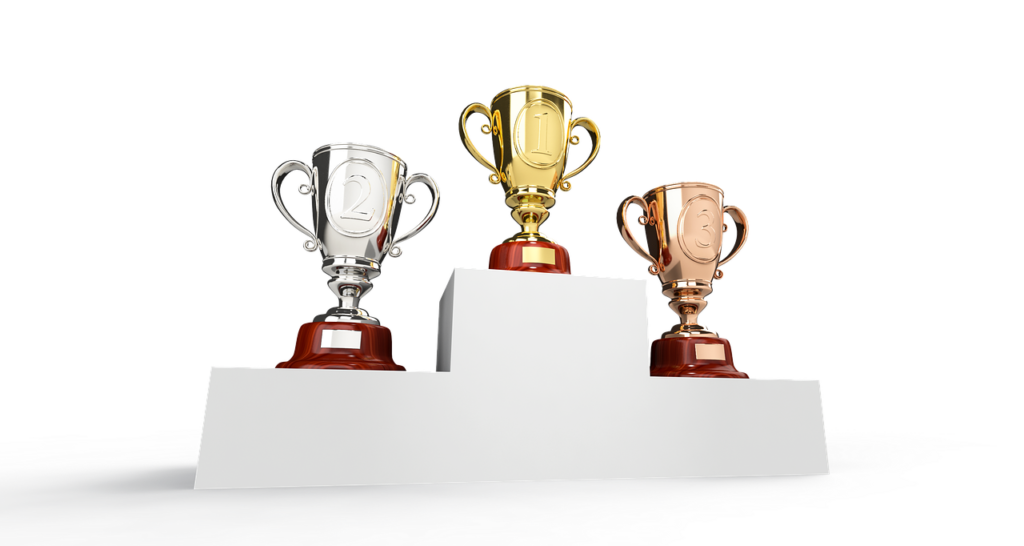 Nadia Comaneci is not only one of the most famous Romanian athletes but also one of the world’s best-known gymnasts. A five-time Olympic gold medalist, she remained in the history of world sports as the first gymnast to be awarded a perfect score of 10 at the Olympic Games. The incredible success was registered at the 1976 Summer Olympics in Montreal.

A talented tennis player, Ilie Nastase was the first number one in the ATP ranking of the best men's tennis players in the world. He won over 100 ATP singles and doubles tournaments in his career, including a singles title at Roland Garros (1973) and one at the U.S. Open (1972). He and his friend Ion Tiriac took Romania to three Davis Cup finals, in 1969,1971 and 1972.

Gheorghe Hagi is the name most people think of when they think about football. Now the owner of local football club Viitorul Constanta, Hagi has been one of the best attacking midfielders in Europe during the 1980s and 1990s. He is also seen as one of the greatest Romanian footballers of all time. This why Romanian football fans still call him The King (Regele in Romanian).

Simona Halep is the new star of Romanian sports. The Constanta-born tennis player is currently number one in the WTA ranking of the best women's tennis players in the world. She also won her first Grand Slam title at Roland Garros this year. 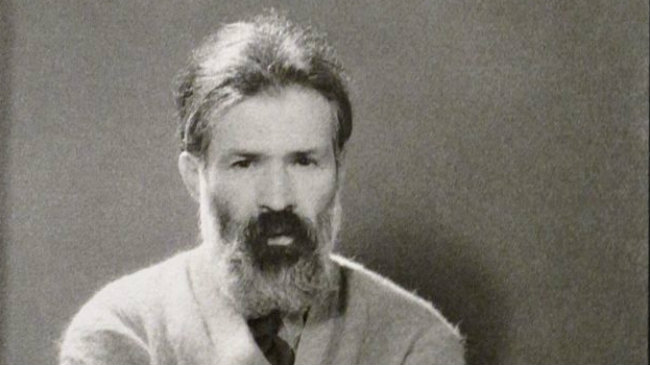 Through his original work, Constantin Brancusi was one of the most influential sculptors of the 20th century, remaining one of Romania’s most famous international artists.

Born in 1876 in the village of Hobita, in Southern Romania, Brancusi is considered a pioneer of modernism. He made his career in Paris, where he also died, but his works became famous worldwide. Some of his sculptures still sell for record sums at international auctions. For example, in the first half of last year, La muse endormie, a 1913 bronze cast work of sculptor Constantin Brancusi, sold for over USD 57 million at a Christie’s auction in New York, boosting the auction house’s sales for that period. Meanwhile, many international exhibitions still give visitors the chance to see Brancusi sculptures. 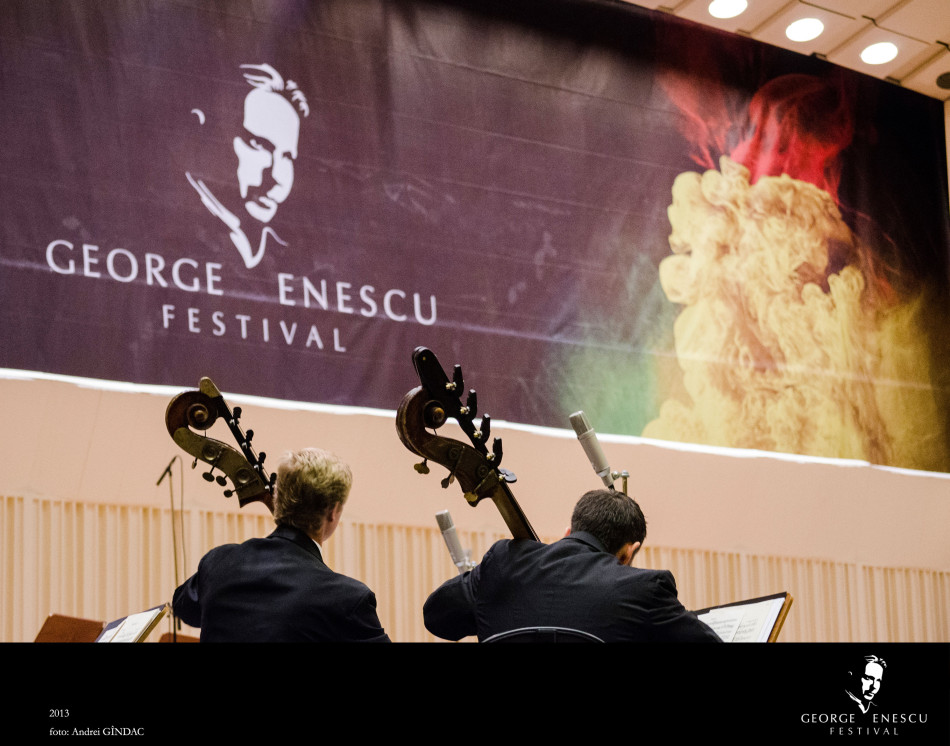 Seen by many as Romania’s most important musician, George Enescu is an emblematic figure for the Romanian musical culture and one of the most important names in the international gallery of the great composers and interpreters of the 20th century. He was equally remarkable as a violinist, composer, conductor, pianist and violin teacher, his name being well known by classical music fans around the world.

One of the biggest cultural events in the country, which is dedicated to classical music, is named after him. The George Enescu International Festival brings world-class music figures to Bucharest once every two years, attracting many international fans. The next edition is scheduled for 2019. 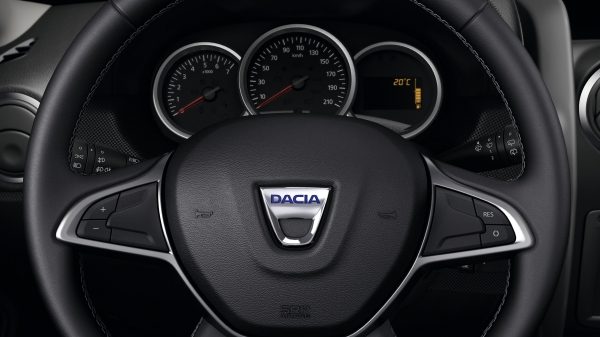 The Dacia car brand is now one of the most popular brands in Europe and beyond. The company Automobile Dacia was founded in 1966, when the country was under the Communist regime, and has been a subsidiary of the French car manufacturer Renault since 1999.

In August this year, the Dacia brand and the local plant in Mioveni celebrated their half-century anniversary. The Pitesti Vehicle Plant was inaugurated on August 20, 1968, and the first car to exit the plant was called Dacia 1100 and was manufactured under a Renault R8 license. One year later, the factory started producing the Dacia 1300, which was its flagship model for about three decades.

Throughout the last five decades, over 6 million cars were manufactured at the plant in Mioveni. Now, Dacia is the biggest company in Romania, and the Dacia cars are being sold in 44 countries on 4 continents.