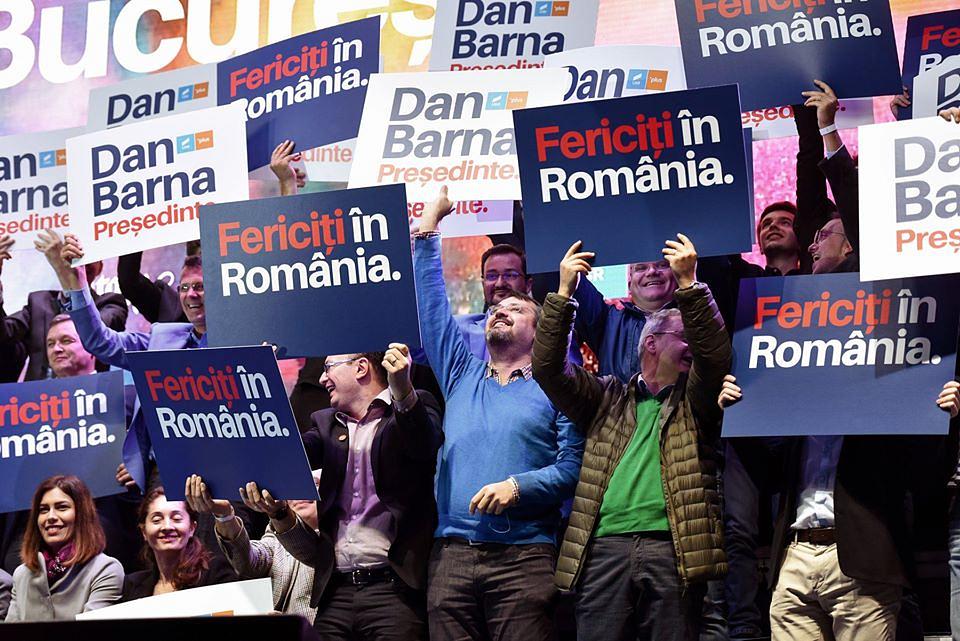 A decision of Save Romania Union’s leadership to exclude one of the party’s members for a comment on Facebook, on Wednesday night (December 11), has sparked outrage among some of the party’s members, some of whom decided to leave the party. The scandal started after USR’s national bureau removed Olimpia Ardelean, a member of its Ilfov organization, from the party’s ranks.

Olimpia Ardelean was thus sanctioned for a Facebook post she wrote on November 8, just before the first round of the presidential elections, in which she was criticizing the party’s leader and presidential candidate Dan Barna and accusing him of accepting thousands of false signatures for the #FaraPenali campaign (a civic initiative to change the Constitution and ban convicted people from running for public office).

The decision, which was taken by a majority of USR’s national bureau (those close to party leader Dan Barna), was criticized by other members of the party’s leadership.

“Our colleague Olimpia Ardelean, a member of the Ilfov County Bureau, was excluded for a post on her personal Facebook account, in which she noticed the irregularities within the county organization. In fact, a whistleblower was excluded from the USR because she did her job, because she bothers,” reads a post on USR MP Mihai Gotiu’s Facebook page, signed by over 100 party members, including some of the party’s MPs.

“These kinds of political executions have nothing to do with USR values and we, the undersigned, do not tolerate this. Through what happened last night, USR lost massively in an essential aspect of it: freedom of expression and respect for the members' right to opinion,” the same post says.

Meanwhile, the USR leadership posted a message on the party’s official Facebook page saying that Olimpia Ardelean was not excluded for signaling problems with the signatures but because she breached the party’s status by insults and public positions that have affected USR’s image in the recent electoral campaign.

Update: In an interview with Mediafax, USR leader Dan Barna commented on this scandal saying that in any organizations there must be some limits to freedom of opinion. “There must be limits in any organization, including the USR, to which the members report themselves. The idea that you can have any stance to the party, to the governing bodies of the party, in the logic of total freedom of expression is a generous one, but it can’t be functional. There must be limits - when one arrives in an area of offenses, in an area of statements that are not backed by any evidence or reality, it is natural to have such reactions from the party, based on statutory procedures," he said.

Barna also accused a "media pressure" against his party saying that a similar decision taken by any other party wouldn't have produced so much public debate.

Save Romania Union (USR) is a rather young political party, formed in 2016, between the local and parliamentary elections, which promotes itself as an alternative to the old political parties that have ruled in Romania in the last 30 years. One of the party’s most visible initiatives was the #FaraPenali campaign, aimed at changing Romania’s Constitution and ban convicted people from public office. The first step was to gather at least 500,000 signatures from citizens supporting this initiative, in 2018. At the end of the legal six-month period, the initiators said they gathered one million signatures, after, one month before the deadline, the number of signatures gathered was just 340,000.

In the May 2019 elections for the European Parliament, USR and its ally PLUS recorded a score of about 23%, almost equal to that of the Social Democratic Party (PSD), which confirmed its status as the third-biggest political force in Romania. However, the alliance hasn’t been able to capitalize on this good result and its candidate Dan Barna got a much lower score (about 15%) in the first round of the presidential elections. Howevr, Barna refused to step down from the party's helm and organized an online consultation with party members to check if they still supported him.

Moreover, the alliance between USR and PLUS has been shaken in recent weeks by disagreements related to the candidates for the local elections in 2020, especially for the Bucharest mayor position, and by internal scandals in USR.