Romania presidential elections 2019: Who is Dan Barna, the man who says he will be a "full-time president"?

Romanians go to the polls on Sunday (November 10) to vote their president for the next five years. While incumbent president Klaus Iohannis is the clear favorite, three candidates have the chance to join him in the second round. Romania-Insider.com has compiled brief profiles of the four people with the highest chances of becoming Romania's next president.

Dan Barna, 44, presents himself as a new-generation politician with a different mentality than politicians who have led Romania so far. He runs in the presidential elections supported by an alliance made of his party, Save Romania Union (USR), and PLUS, the party of former technocrat prime minister Dacian Ciolos. The two parties represent the new wave in Romanian politics and have managed to get a score of over 20% in the elections for the European Parliament in May, very close to PSD’s score.

Dan Barna was born in Sibiu and studied at the Law School in Bucharest, where he graduated in 1998. After working briefly as a lawyer, he got certified as a consultant for EU funds after completing a course financed by the European Commission. He then founded a consultancy company, together with a colleague. Their first projects were launching a website for those interested in accessing EU funds – fonduri-structurale.ro – and launching an EU funds project management course. Barna says he contributed, as an expert, to implementing 12 major projects financed from the European Social Fund.

In May 2016, he was appointed a state secretary within the EU Fund Ministry in the technocrat cabinet of Dacian Ciolos. “There were 6 exhausting months, during which I coordinated the closing of the financing period 2007-2013 and part of the calls launched for the new period, 2014-2020. In total, we helped attract EUR 7.3 billion for Romania,” Barna says.

He then joined the Save Romania Union (USR) and was elected a deputy in Romania’s Parliament, in December 2016, and USR president, in October 2017. In July 2019, he was designated as the joint candidate of the USR+PLUS alliance in the presidential elections.

Barna’s campaign motto is “happy in Romania”. He says he runs to change the way things work in the country so that Romanians don’t have to go elsewhere to find happiness.

Although he has avoided attacking president Klaus Iohannis directly, Barna believes that “Romania needs a full-time president, that is, a non-stop president, who does not go away and is silent when he has to make decisions,” a reference to the incumbent president’s lack of reaction or delayed response to some of the developments in Romania in recent years.

Barna advocates for constitutional reform that would give the president a clear mandate and more powers as well as more involvement from the president in executive decisions, according to his political program. His "running mate" is former PM Dacian Ciolos, whom Barna plans to name as the new PM if USR and PLUS win the parliamentary elections next year.

Barna's strategy for the first round of the elections is to convince Romanians to vote for him so that PSD’s candidate doesn’t make it to the second round, which would make a first after 1990. His supporter base, like that of USR and PLUS, includes students and the new middle class in Romania, made of employees in multinational or large local companies and young entrepreneurs, many of whom went to the streets in recent years against the PSD Government to support independent justice and the rule of law. Some believe that he would make a strong opponent for incumbent president Iohannis in the second round.

However, some of Dan Barna’s decisions and statements show his lack of political experience. USR’s decision to stay on the sidelines as the Liberals took the responsibility to form the new Government after the dismissal of the PSD-Dancila cabinet is one of them. Barna insisted for early elections, which are almost impossible to organize in Romania nowadays, and decided very late to support the new cabinet of Ludovic Orban. He famously said that “getting out of the crisis is not USR’s mandate,” a statement criticized even by some USR supporters.

Moreover, Barna’s image was somehow damaged by a Rise Project investigation into the EU funded projects he and his firm coordinated. Although the journalistic investigation didn’t reveal any illegalities, some of the things presented, such as Barna hiring his sister as a subcontractor in one of these projects, show the same type of practices that Barna and his party often criticize in their public positions.

Profiles of the other candidates are available in this file-article. 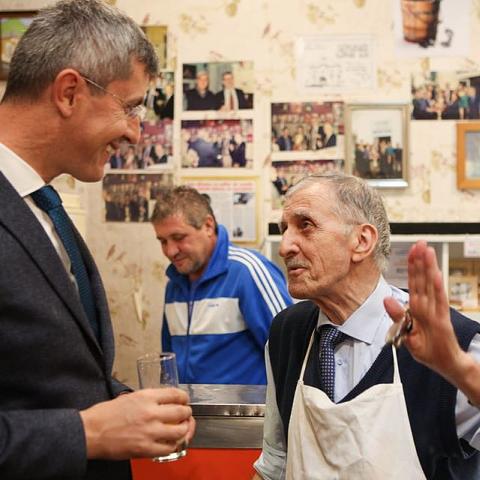