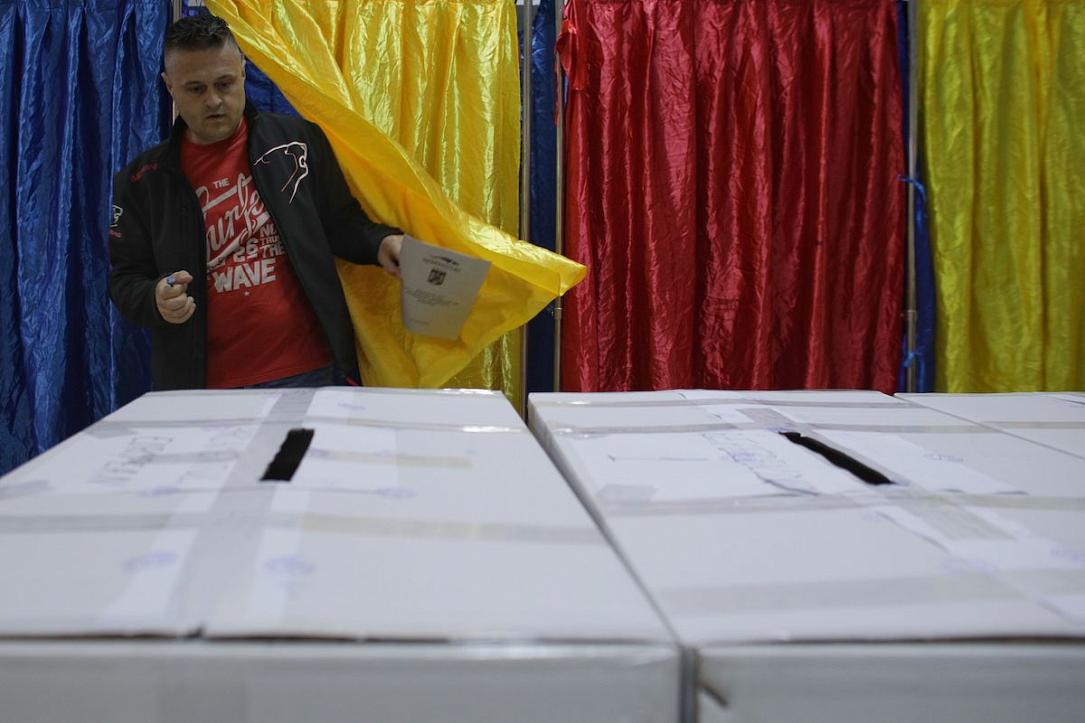 The pro-European opposition scored a massive victory over the ruling coalition in Romania in the elections for the European Parliament on Sunday, May 26.

Meanwhile, the senior ruling party – the Social Democratic Party (PSD) – got a score of under 24%, down from 45% in the parliamentary elections in December 2016. Their coalition partners from the Alliance of Liberals and Democrats for Europe (ALDE) dropped under the 5% threshold and will not be represented in the European Parliament. The voters punished PSD and ALDE for their rhetoric hostile to the European Union and EU values and the many legislation changes in the justice area that weakened the fight against corruption in the country.

The National Liberal Party (PNL) won the EU elections with an overall score of 27.7%, according to partial data presented by the Central Electoral Bureau (BEC) after counting 97% of the votes in Romania and over 60% of the votes in the Diaspora. PNL’s score was significantly higher than the 20% it got in the parliamentary elections in December 2016. The party won most votes in 15 out of Romania’s 40 counties, with notable victories in counties such as Sibiu, Bihor, Prahova, Constanta and Ilfov, among others, according to data compiled by Hotnews.ro. The party also piggybacked on the referendum on justice organized by president Klaus Iohannis.

The biggest surprise of the EU elections was, however, the Alliance 2020 USR+Plus, which came third with an overall score of 22.7%, less than one percentage point behind the ruling party PSD. USR, a relatively young party, got into the Romanian Parliament in December 2016 after it came third in the elections with a score of almost 9%. Meanwhile, Plus is a new party formed by former technocrat prime minister Dacian Ciolos. The alliance got massive support in Romania’s biggest cities and in the Diaspora. USR and Plus won the vote in Bucharest by a wide margin, with a score of over 40%, compared to around 16% for PSD and PNL. The alliance also came first in Cluj, Timis, Iasi and Brasov counties, thanks to the support it received in big cities such as Iasi, Cluj-Napoca, Timisoara and Brasov. Over 40% of the Romanians who voted abroad also voted for USR and Plus.

The Social Democratic Party (PSD) was second with a score of 23.46%, according to partial results presented by BEC. PSD won in its traditional fiefs, namely the poorer counties in Eastern and Southern Romania, but turnout in these counties was rather low and couldn’t compensate for the high turnout in big cities. Fourth came the Pro Romania party of former prime minister Victor Ponta, which got a score of 6.7%. Pro Romania has drawn former PSD members who were unhappy with the current leader Liviu Dragnea and Victor Ponta focused his attacks on Dragnea in the electoral campaign. Thus, some of PSD’s lost voters compared to the December 2016 elections can be found at Pro Romania. Even so, the two parties combined got a score of about 30%, still much lower than PSD’s score in 2016.

Meanwhile, the junior coalition partner ALDE, led by Senate president and former prime minister Calin Popescu-Tariceanu, got a score of only 4.28%, under the 5% threshold needed for getting to the European Parliament. Tariceanu was the only local political leader that openly boycotted the referendum for justice, and paid the price.

The other parties and independent candidates got low scores, of under 2%.