Romanian film review – A Life of One’s Own: My Home 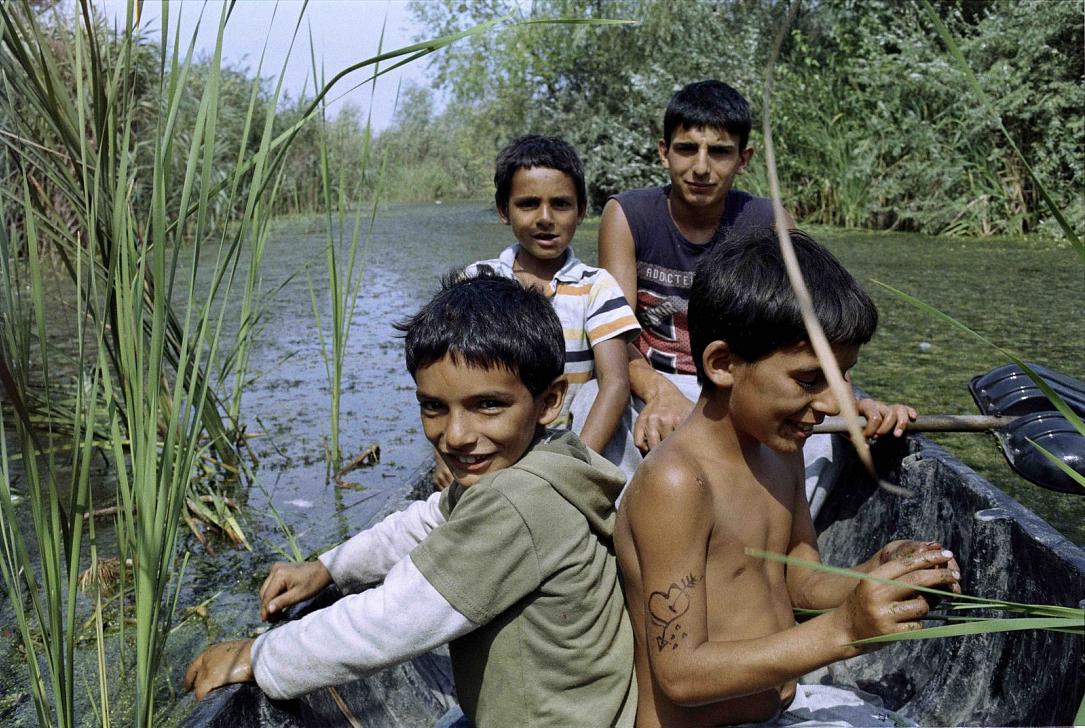 After touring festivals and open-air events, Radu Ciorniciuc’s multi-awarded documentary Acasă, My Home/My Home has been available on HBO GO since 15 October.

The film’s Bucharest setting, Delta Văcărești, has been gathering a lot of interest in recent years. And rightfully so, because its story is spectacular. In 1986, Ceaușescu planned to build a reservoir here as part of a general plan to protect the city from flooding. The ancient monastery in the area, used as a political prison, was tore down for the project that year, but after the works came to a halt in 1989, the area turned into a huge swamp and gradually into a whole biosphere, becoming the largest urban delta worldwide. As of 2014, it is a protected natural park.

The anomaly of a large ecosystem in the middle of a big city is exotic enough, but Ciorniciuc’s focus is even more attention-grabbing: he follows a few years in the life of a family living on the site. It all started when Gică Enache lost his job at a factory in the 1990s, ended up in prison after getting into a fight, and then went away for a while to live in the delta. After building a proper house there, with a garden and animals, he decided to stay, a decision he stood by despite slipping into acute poverty later. Whether Gică’s growing children have the same view on what life is, or should be, is one of the issues explored in My Home.

The first part of the film is set in the delta, where the camera is wonderfully fluid, following Enache, his wife, and nine children during their daily routine. The children roam around, catch fish, help around the house (now a rudimentary hut), while the parents regularly clash with social workers critical of the poor conditions for raising children, or with the police. This is also the most impressive part of the film, with the camera catching a sort of paradise lost, and leaving the audience in absolute awe of a life so different in the midst of one of the most bustling cities. The nature is breathtakingly beautiful, and the children seem to be a natural part of it. When the family is evicted from the now protected reserve, everything changes, they find themselves in a social flat while conflicts flare up, especially between the father and his oldest son. Living in a city, but being just as poor as in the swamp, turns to be a massive challenge for the parents, while the younger seem to be happy to be able to go to school and cast off their outcast status.

With this kind of topic, it is hard not to stumble into every trap and look at these people from a privileged perspective, making them an exotic curiosity. That the family is Roma adds to the danger of being shown as “the other”. Luckily, Ciorniciuc and his team manage to avoid most of them, but even they cannot resist sun-soaked shots of the scantily clad, barefoot children catching fish with their mouths and roaming the canals. The film is obviously concerned for its protagonists and critical of a social system that does not work for the ones it’s supposed to help. Social housing is almost non-existent in Romania, and being helped to escape systemic poverty and have equal chances to education and healthcare is still a big problem. There are wonderfully dedicated organisations and people helping, but they are often hampered by a system and society in which poverty is blamed and not seen as a result of decades of poor policies. Yet My Home seems to take a classic view of the advantages of integration in the given flawed system, with all its sacrifices. But considering the discrimination and racism encountered by a struggling Roma family in contemporary Romania, whether living in wilderness or any city, this is a safe view to take, albeit an understandable one, because everyone should feel safe and able to navigate society, and no man is an island (or so they say).

A film is not a social project though, and as such, My Home could have been more interested in the relationship between the family members rather than use their story to reflect a broken social system, think beyond the emotional and most pragmatic answer to these people’s problems and not shy away from the more interesting (and universal) question here, namely Gică’s explicit longing for a self-governed life, for freedom. Whether a conscious choice to live a life outside of the so-called system, whatever that is at a given time, and find meaning and dignity in it, is possible, and with what consequences, could have been tackled with more depth. Acasă, My Home, is a beautiful, topical film, but it could have been more daring, and more thoughtful.