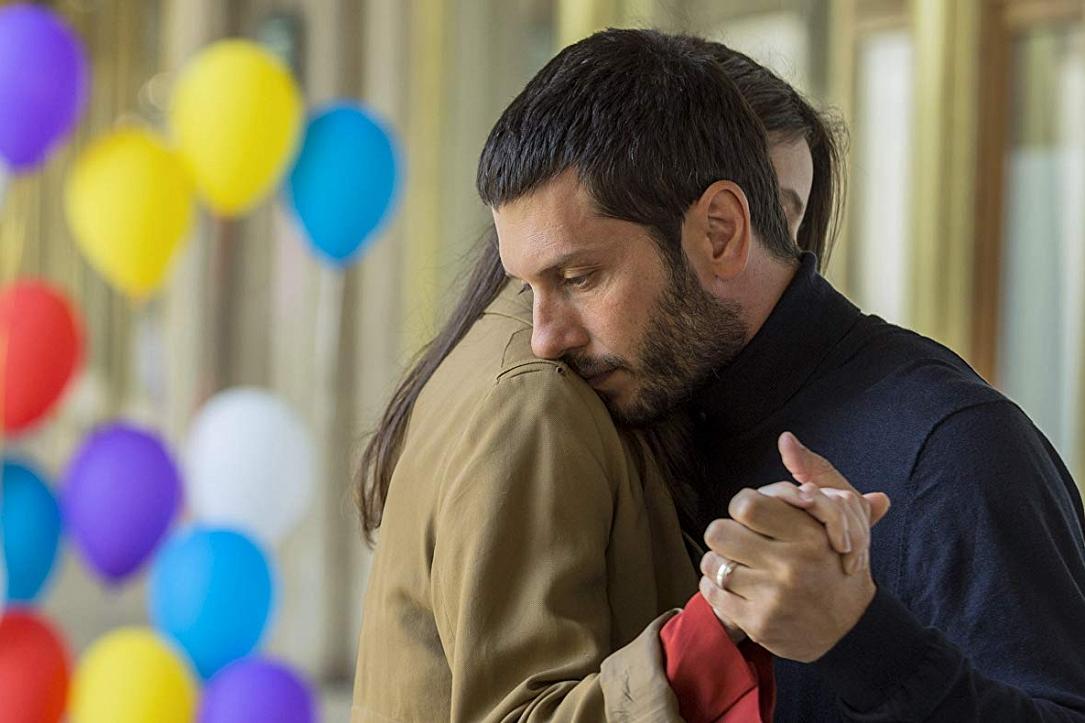 Several Romanian films are currently running in cinemas and you can catch no less than seven if you live in Bucharest: The Whistlers, Arrest, Monsters, Mo, The Green Cat, Between Pain and Amen and Emigrant Blues: A Road Movie in 2 ½ Chapters. The previous column was dedicated to The Whistlers, and this time it is time to look at Arrest, Monsters, and Mo.

Having premiered at the Berlin International Film Festival, snatching an audience award in the Forum section, Marius Olteanu’s feature debut Monștri/Monsters is a thoughtful take on an imploding relationship. The young protagonists are married and in the process of moving and breaking up, their relationship under strain by social pressure and most of all by the utmost challenge of navigating one’s identity. These are obviously two people who love and support each other deeply but who cannot continue to lead the kind of relationship they have so far, for reasons that are more complex than one might assume at first (to say more would be to give away a major element). Monsters is an often surprising film, a non-judgemental and mature picture of love, friendship, desire, and self-awareness. It is a rare bird in the genre of local relationship dramas for all these reasons but mostly for allowing its characters to be kind to each other despite the heartache (the fury, contempt, cursing, screaming, or throwing kitchen utensils at each other is thankfully missing here). It is also, despite a sense of humour and a standout comedic scene (the Grindr date is almost too cringey to watch, building up to one of the funniest sex scenes I have ever seen) a deeply melancholic, sad film, but all the wiser for it.

At the opposite end you have Andrei Cohn’s Arrest, which pummels you to absolute numbness by the end of its running time. It all starts with a hapless architect being arrested by the Securitate on a nudist beach in the 1980s and stuck in a cell with a criminal who extracts ‘confessions’ from the other inmates in return for a milder sentence. And boy, does he love his job. He is a sadist who tortures his cellmate mentally and physically with a delight that is hard to stomach, until the poor man confesses to listening to Radio Free Europe and knowing bands like AC/DC or Led Zeppelin. The relentless verbosity and bullying, while justifiable plot-wise, is in fact too much too take in two hours, and just as the helpless victim who holds on to civility to a degree that becomes incredulous, the audience is also driven mad. The beatings and physical torture are not the most gruesome but it seems the whole the film tries to make its point by relying solely on their repetition. While none of this is played for titillation, and the question of showing versus suggesting violence in cinema is an old and debatable one, this film is definitely showing too much. According to interviews, the director’s intention was to raise the question of individual compromise when living in an oppressive system and of collective complicity, but sadly what this film does is merely bludgeon its audience until they count the minutes to the end credits. The mature (and necessary) handling of such complex issues is left for another time.

Radu Dragomir’s Mo also tackles an urgent issue, but while it is less nuanced than Monsters, it also fares much better than Arrest. Based on true facts, it the story of two female students being caught cheating by their professor and ending up in his apartment one night at his invitation. What ensues is not a big surprise and the tension arises from the way the three characters circle each other blurring the lines between attraction, abuse, and manipulation. The atmosphere is relaxed at first, with a few hints at the danger looming (in a moment of pitch-black humour, they discuss 4 Months, 3 Weeks and 2 Days and the moral of the story is to always be up to date with your arthouse cinema). The abuse of power here is clear from the start, but it is complicated by how the victim relates emotionally to the abuser. The explicit scene of sexual violence is well done and the ending is credible even if a bit anticlimatic. The film has a gripping rhythm and fine performances, and while it stumbles in terms of subtlety, dialogue, and plausibility, it also manages to subvert expectations at times and keep things mostly relatable. It may not be the most assured take on the current discussion on sexual abuse, but in a country with horrifying statistics and views on sexual violence, it is an earnest, welcome entry.