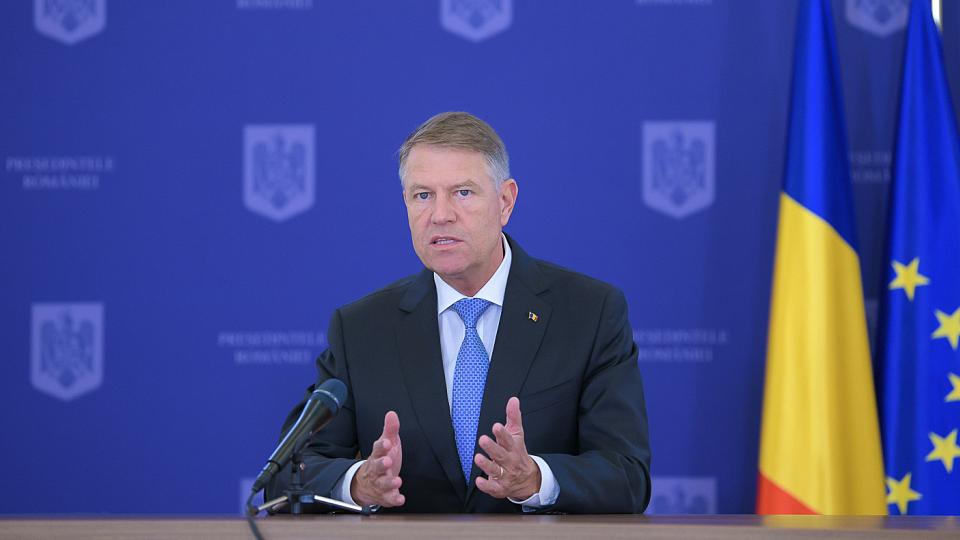 President Klaus Iohannis thanked Romanians for their efforts to respect the authorities' restrictions during the state of emergency caused by the COVID-19 epidemic.

"Together, we saved lives!" he said. Still, he warned that the pandemic continues, even if the state of emergency ends on March 15, and urged the people to follow the preventive measures decided by the authorities under the new state of alert.

"Today is the last day when Romania is still in a state of emergency. We are at the end of two difficult months, in which most of you have strictly complied with the restrictions imposed by the authorities. You stayed at home, gave up seeing your family and friends, and completely changed your whole life, for your health and the health of others," Klaus Iohannis said in a video statement.

"Through a national effort, we have managed to stop the rapid spread of the epidemic and limit the number of victims significantly. You, dear Romanians, are the heroes of this national effort. Thank you for all the sacrifices you have made!"

Romania was among the first countries to impose harsh restrictions to limit the spreading of COVID-19. Under the state of emergency, decreed on March 16, Romania closed schools, suspended the activity of non-essential shops and restaurants, banned public events, and imposed movement restrictions on the population.

The president thanked the doctors and medical personnel for their efforts to treat COVID-19 patients. He also praised the Government's efforts to handle the crisis despite "insufficient legislation" for such an emergency.

"Starting tomorrow, we enter a new stage, because the end of the state of emergency does not equate, unfortunately, with the end of the epidemic. From a medical point of view, we have some positive signals, but we must all be aware that the danger posed by this virus is far from over. What we have done so far has proven effective and we have managed to keep the epidemic under control. However, further measures are needed to return to a life closer to normal, but under the same conditions of maximum safety," Iohannis said.

He also rejected the idea of a "legislative void" that would not allow the Government to maintain any restrictions in the next three days. "There will not be three days without rules and restrictions! A sudden return to the pre-pandemic situation is impossible. The virus does not take into account administrative acts, and prematurely dropping all rules that have proven to be good would be a serious mistake."

"We have a legal framework in place and, based on it, all decisions will be taken so that even, in the next three days, we keep all the necessary rules so that the health and lives of citizens are not endangered," the president added.

Entering the state of alert brings new risks and additional responsibilities for all those who will resume their activity, in one form or another, according to Iohannis. He recommended social distance, remote work where possible, compliance with all hygiene rules, and wearing protective masks.

"Without these measures and rules, without the responsibility of each of us, things can easily degenerate. I want to be very clear: if the situation worsens and the data shows a galloping number of infections, leading to hospital overcrowding, I will not hesitate to declare a state of emergency again! Let's not compromise everything we have achieved so far with great sacrifices!"