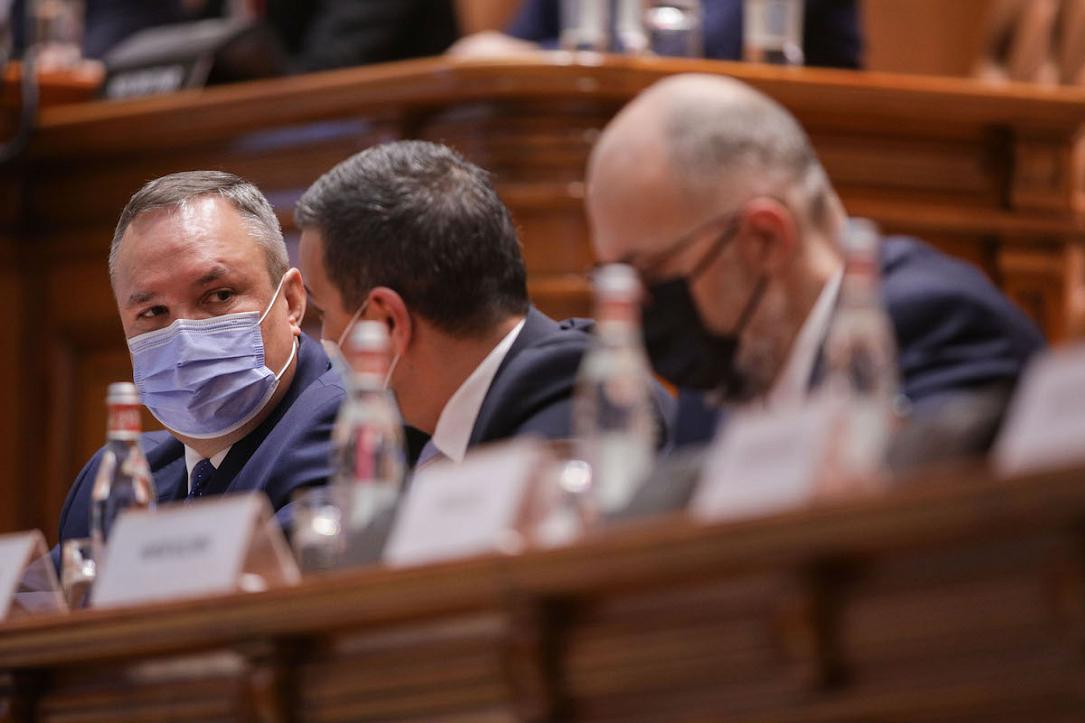 Romania’s Parliament voted on November 25 the new Government led by Liberal Nicolae Ciuca. Thursday’s vote thus puts an end to the around two-month political crisis in the country.

The appointed Cabinet, backed by the National Liberal Party (PNL), the Social Democratic Party (PSD), and Hungarians’ Union (UDMR), got 318 votes in favour and 126 against. It needed at least 234 votes to be approved. USR and AUR MPs voted against, according to Digi24.

Nicolae Ciuca’s Government is to be installed later today, in a ceremony to be held at the Cotroceni Palace.

A retired general, Romania’s new PM Nicolae Ciuca was previously the Chief of General Staff, appointed by president Klaus Iohannis in 2015. He also served as head of the Romanian Land Forces. He served as an interim prime minister in 2020, after Ludovic Orban resigned from the job.

The ruling coalition announced the new list of ministers earlier this week.

Romania entered a political crisis in September when the former ruling coalition made up of the reformist USR party, PNL and UDMR broke following disagreements over a EUR 10 bln local development plan promoted by the Liberals and the dismissal of USR justice minister Stelian Ion. Then, in early October, Liberal PM Florin Citu was ousted in a no-confidence vote in Parliament.

In the coming weeks, president Klaus Iohannis made two nominations for the PM seat, but the crisis continued. USR leader Dacian Ciolos, the president’s first proposal, failed to get the Parliament’s support. Then Liberal Nicolae Ciuca gave up his mandate on November 2, one day before his Government was due to stand the Parliament’s vote, as the Liberals decided to attempt to form a majority to support the Government.

On November 22, Iohannis nominated for a second time acting national defense minister Nicolae Ciuca as prime minister-designate. Things moved forward this time, as the Liberals managed to form a new ruling coalition with PSD and UDMR, thus securing the number of votes needed for the Government to be approved by the Parliament.