Romania photo of the day: Parliament votes against Govt. proposed by PM-designate Ciolos 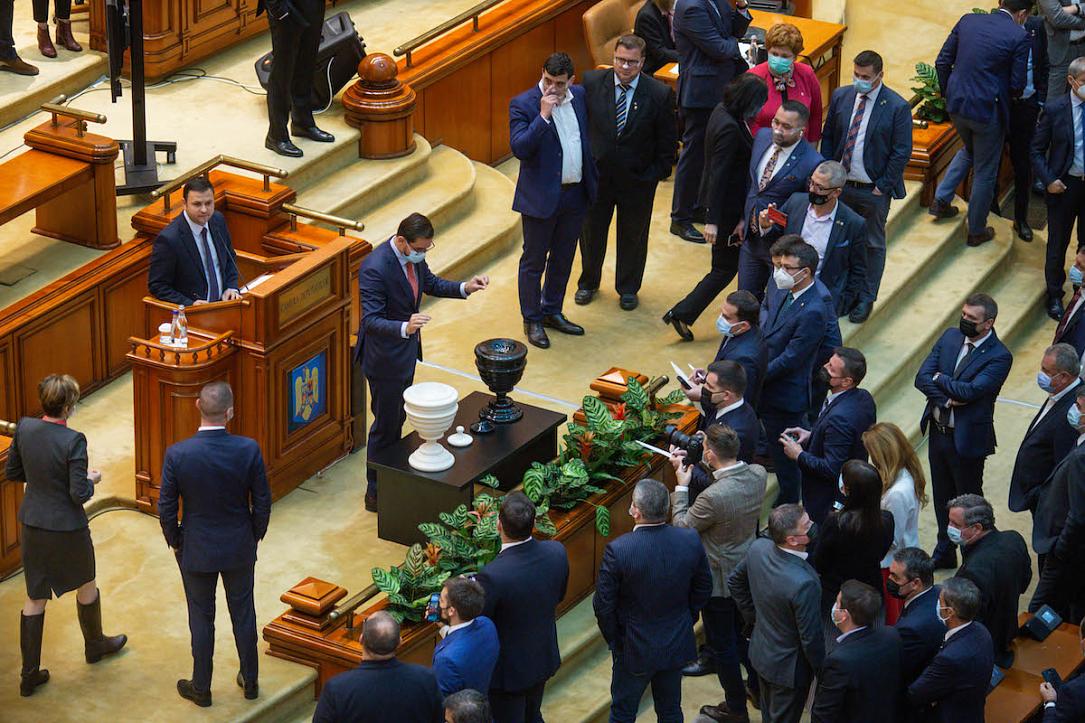 The political crisis continues in Romania as prime minister-designate Dacian Ciolos, the leader of reformist party USR, failed to win parliamentary approval for his government. Most senators and deputies voted against the proposed cabinet on Wednesday, October 20. (Photo source: Inquam Photos/Ilona Andrei)

Only 88 deputies and senators voted for the minority government proposed by Dacian Ciolos, and 184 voted against, according to Digi24. A minimum of 234 votes was required for the new government to be invested.

The outcome was somehow expected, as USR has only 80 representatives in the Parliament, and the other parties announced that they would not vote for the government of Dacian Ciolos.

President Klaus Iohannis is now expected to call the parliamentary parties to consultations once again, then make a new proposal for the prime minister seat.

Iohannis proposed Dacian Ciolos to form a government last week after the Liberal PM Florin Citu was ousted in a no-confidence vote in Parliament. The nomination was somehow unexpected, as USR has little or no support in Parliament.

As expected, during the following days of consultations, USR’s former coalition partners, the Liberal Party (PNL) and ethnic Hungarians (UDMR), turned down the invitation to restore their past coalition under a cabinet headed by PM Dacian Ciolos or to vote for the minority government. PNL wants a government led by a Liberal, and the only name they put forward so far was that of dismissed prime minister Florin Citu.

At the same time, the Social Democrats (PSD) repeatedly said that they would not support the PM-designate.