Travel: Mountain lakes to visit in Romania to escape the summer heat 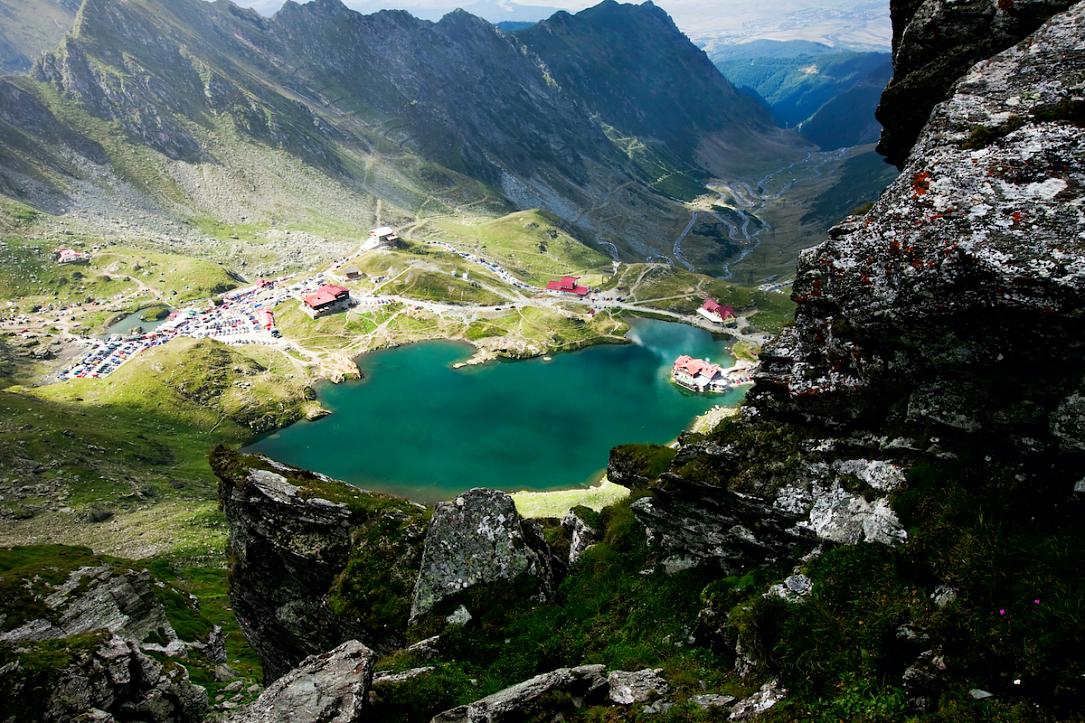 One of the best ways to escape the summer heat is to retreat to the mountains, where the cooler temperatures, fresh air, and spectacular views are the perfect ingredients for a refreshing summer break. And spending a day on the shore of a calm, clear mountain lake is definitely an option to consider. There are many such lakes in Romania, and you just have to choose your favorite(s):

Balea is one of the largest and most beautiful glacial lakes in Romania. It is situated at an altitude of over 2,000 m in the Fagaras Mountains (dubbed the Transylvanian Alps), being a perfect place to go to escape the summer heat. And probably the best thing is that, in the summer, the lake is accessible by car on the famous Transfagarasan road. So make sure your phone or camera is fully charged, as you will most probably make lots of stops on the way for photographs.

In winter, tourists can reach Balea Lake by cable car. The main attraction in the cold months is the ice hotel built every year not far from the lake.

Balea Lake is located about 78 km from the beautiful city of Sibiu (which is definitely worth a visit too), 68 km from Fagaras (home to the Fagaras Citadel), and 85 km from Curtea de Arges. Accommodation is available at the chalets opened near the lake or in the cities nearby. The place gets quite crowded during the summer months.

Other lakes to visit in Fagaras Mountains are Capra Lake, Podragu Lake, or Avrig Lake.

Those who plan to drive on the Transfagarasan road this summer should also make a stop at the Vidraru Lake - an artificial lake that became famous for its amazing views. It was created in 1965 by the construction of the Vidraru dam on the Arges river, for electricity production. Today, the lake and adjacent facilities are also used for recreation, tourism, and sports.

The view from the dam itself is breathtaking, but even better is the view from higher ground, near the metal statue of Prometheus shown with a bolt of lightning, a symbol of electricity – also nicknamed the Power Man. More here.

While in the area, visitors can also make a stop at the Poenari Citadel, a ruined castle known for its connection with Vlad the Impaler, or Capra Waterfall.

Although it is a rather small lake, Ochiul Beiului surprises visitors with its particular blue-green color, making it one of the most beautiful and Instagrammable lakes in Romania. It is found in the middle of a forest in the Cheile Nerei-Beusnita National Park in Caras-Severin county, a fantastic wild area in southwestern Romania.

The lake’s fairytale-like appearance also inspired several legends. For example, one of them says that on the night of Sanziene – the midsummer celebration in Romania, fairies gather around the lake, dancing, and bathing. They also bewitch men with their charm. Read more here.

Ochiul Beiului Lake is accessible by foot, through the forest. A few tourist trail ideas can be found here.

Another mountain lake in Cheile Nerei-Beusnita National Park that is worth visiting is Dracului Lake (Devil’s Lake), which is known as the biggest karst lake in Romania. Despite its scary name, this lake with blue-green water is nothing but a relaxing place in the middle of the forest.

The same national park is home to the unique Bigar Waterfall, where the water runs over a dome-shaped rock, thickly covered in moss, which splits the flow into a fine filament-like cascade. There are also other waterfalls to see here, such as the Beusnita Waterfall and the Susara Waterfall.

The Red Lake (Lacul Rosu) is one of the main tourist attractions of Harghita county. It is found at the foot of Hasmasul Mare Mountain, not far from the fantastic Bicaz Gorge (Cheile Bicazului) - one of the most spectacular sights in Romania.

The Red Lake is a natural dam lake formed in 1837 when a landslide blocked the Bicaz Valley. The trees that were swallowed by the water now appear on the lake’s surface, adding up to the unique sights of the area. Its name comes from the reddish alluvia deposited in the lake by the Red Creek. Read more here.

Tourists coming here can enjoy a boat ride on the lake or simply relax on the shore, sharing a picnic with friends or family.

The lake is located in the Cheile Bicazului-Hasmas National Park in the Carpathian Mountains, some 27 km from the city of Gheorgheni and 33 km from Bicaz, on the DN12C road. There is also accommodation available nearby, and a quick search on the Internet can be the best solution to book rooms in advance.

Those planning a longer vacation can also go on an adventure in the Cheile Bicazului-Hasmas National Park. There are almost 20 tourist routes in the park, all perfect for discovering the place’s secrets and natural wonders.

The Eagles’ Lake (or the bottomless lake)

Vulturilor Lake (the Eagles’ Lake) is a periglacial lake in Buzau Mountains, situated at an altitude of over 1,400 m. The legend says that eagles used to come here to draw strengths, as the lake’s water made them younger and healthier, and to teach their chicks how to fly. Its other nickname, “bottomless lake,” comes from another folk legend telling the story of a shepherd who abandoned his flock and threw his stick into the lake to start a new, free life. After a year of travels, the shepherd found his stick in the waters of the Danube and, taken over by a feeling of nostalgia for his sheep and his homeland, he decided to return home.

There is yet another legend, according to which the inhabitants of villages nearby threw their valuable belongings in the lake, trying to keep them safe from the Tatars who knew they were rich. They wanted to take the objects out of the lake after the invaders passed, but there was nothing in the lake anymore.

The lake is located in a picturesque area, far away from the city noise, perfect for those who want to reconnect with nature. It can be reached on foot.

The region of Buzau has other beautiful tourist spots worth visiting, among them the “living stones” and the rupestrian dwellings. Read more about them here.

Vida Lake, also known as the Whirlwind Lake, is a special place in Romania. Its nickname comes from the funnel-shaped overflow set up at the center of this artificial lake. The overflow, which gives the impression of a whirlwind, lowers the water pressure in case of abundant rains.

The lake, surrounded by a forest that reflects in the water, is quite popular among photography enthusiasts. So, whether you are looking for a place to relax or trying to find new spots for that perfect photo for your social media page (or both), this place should make it to your list.

The Vida Lake is found right next to the Luncasprie village, in the Dobresti commune. Read more about it here.

The Videi Gorges are nearby, as is the Rosia Valley, where tens of caves can be found. The Videi area is part of the Padurea Craiului mountains.