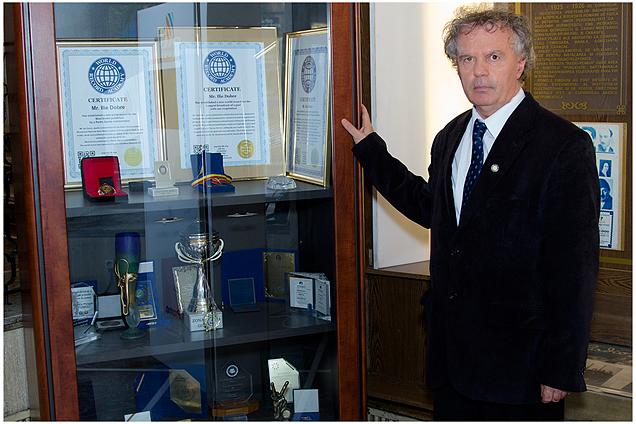 Ilie Dobre, a sports commentator for the Radio Romania News (Romania’s National State Radio), has been included into the World Record Academy's Hall of Fame.

The World Record Academy Hall of Fame recognizes extraordinary achievements by record holders around the world. The Hall of Fame has celebrated over 100 individuals and groups who have achieved international acclaim. It recognizes the outstanding accomplishments of selected record breakers.