Romania’s 1918 Union in a Different Light: Historical buildings light up 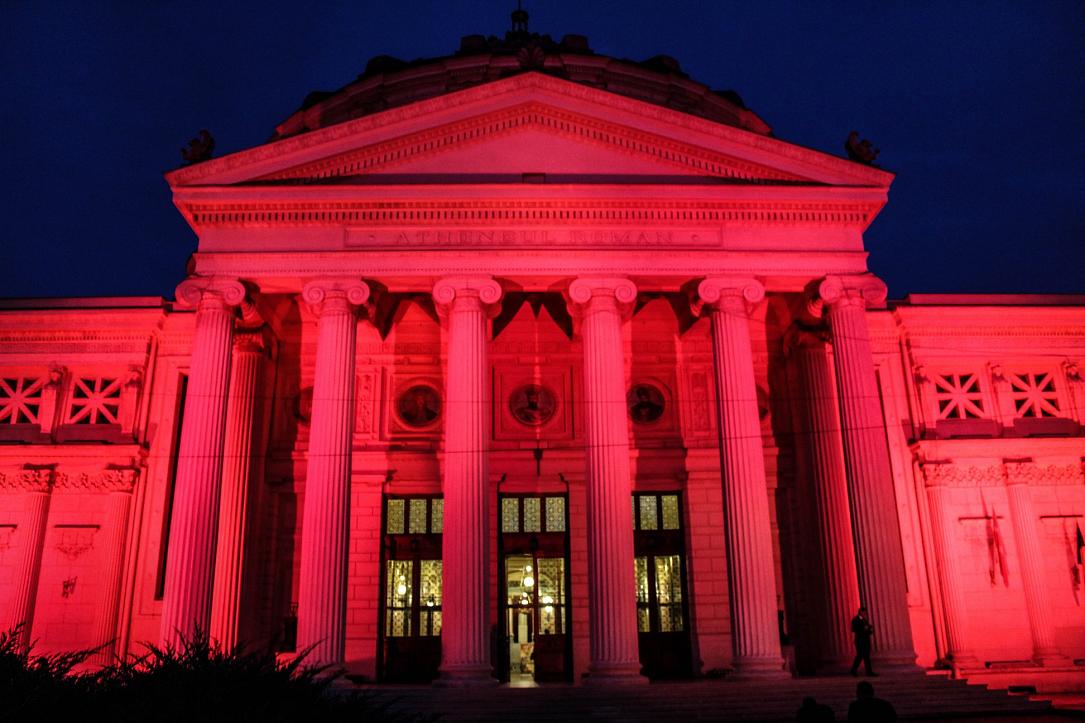 Several buildings across Romania will be lit up as part of a project meant to draw the public’s attention to their stories and how they connect to the country’s history in the past 100 years.

The project, called “Do You See Me? 1918 in a Different Light”, is also connected to the 100-year anniversary of the 1918 union of the Romanian provinces.

The initiators of the project are the Cultural Association for Education through Art, with the support of the light designers from Apart Production and Five’s International.

The buildings included in the project are: the Romanian Athenaeum (lit up on October 29); the Capitol Cinema (lit up on October 30); the palace of the Romanian Academy (lit up on October 31); the Royal Palace, currently the National Arts Museum (MNAR), in Bucharest (scheduled for November 1); the Cantacuzino Palace, hosting the George Enescu Museum, in Bucharest (November 2); the Constanţa Casino (November 6); the Museum of the Union in Iaşi (November 8); the Memorial of the Victims of the Communism and of Resistance in Sighet (November 10); the Arad house of Ştefan Cicio Pop, a vice president of the Great National Assembly in Alba Iulia that proclaimed the 1918 union (November 12); and the Coronation Cathedral in Alba Iulia, where King Ferdinand and Queen Marie were crowned as monarchs of Greater Romania on October 15, 1922 (November 13).

Each building has a specially designed light show, accompanied by its history, narrated by actor Şerban Pavlu. Every show starts at 19:30 and is made up of 5 sessions of 15 minutes each.

“The idea of the project belongs to light designer Alin Popa, who also conceived the show […]. The purpose of this artistic event is to re-position all of these buildings, some of which are in a state of decay, and to draw attention to the state they are in,” Eugen Lumezianu, the president of the Cultural Association for Education through Art, said.