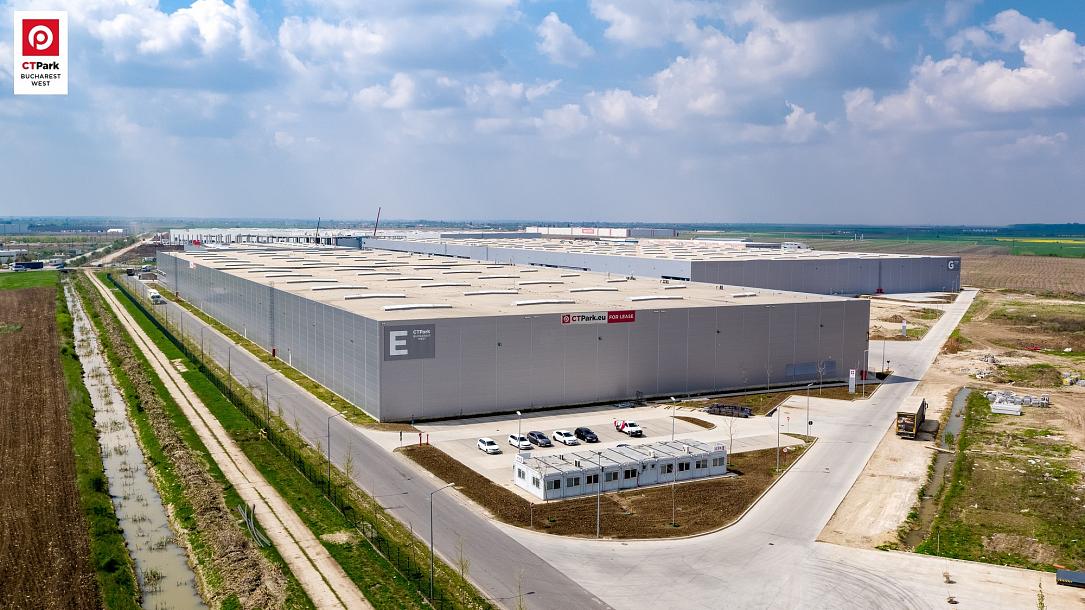 CTP, a developer of premium industrial and logistics parks in Romania and Central and Eastern Europe, received EUR 82 million from BRD-Groupe Société Générale in Romania and Komerční Banka (also a subsidiary of French Société Générale group) in the Czech Republic to expand its CTPark Bucharest West logistics park located close to Bucharest along the motorway to Pitesti.

“I think it is a great opportunity to fund one of our most important projects through a trustworthy and highly professional club of banks, such as BRD and Komerční banka. We thank them for their commitment and hard work to put into practice such a transaction, which is one of the largest in the first half of 2019,” said Ana Dumitrache, CTP Romania's General Manager.

CTP reached a portfolio of over one million square metres (sqm) in Romania and will expand it by another 200,000 sqm in 2019.

Since it entered the market, CTP has invested about EUR 500 million in Romania and plans to invest another EUR 120 million in the upcoming years, to reach 1.5 million sqm by 2021.