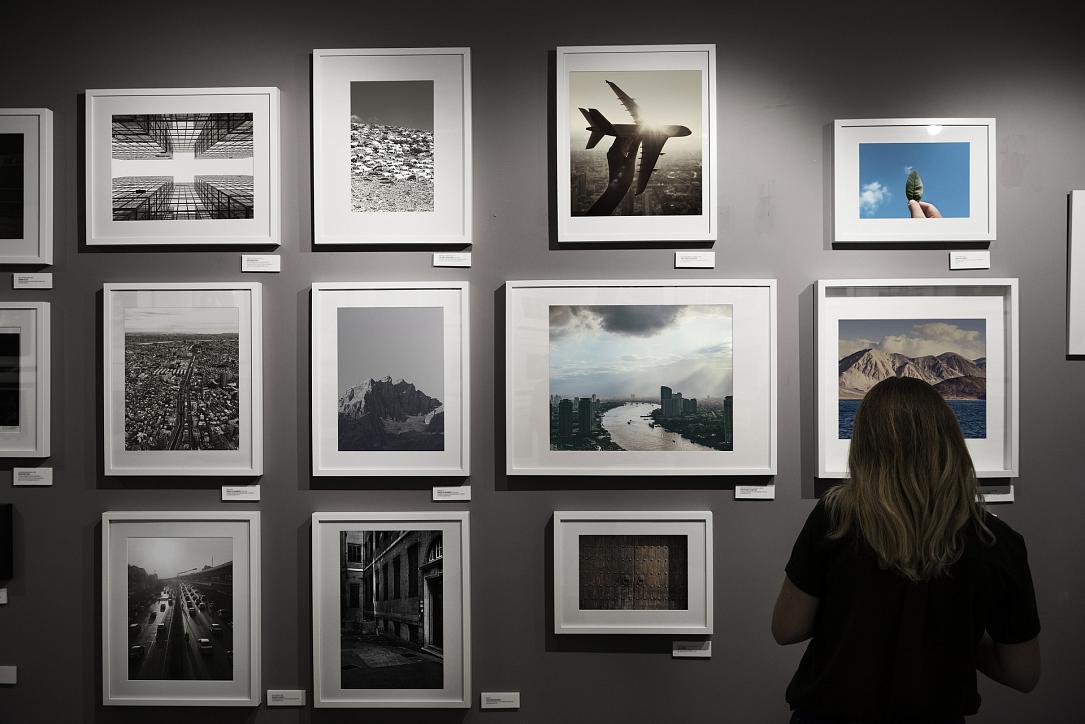 The festival activity is going strong in Bucharest this month, with options covering films, theater, and photography. The arts come into focus at a white-night event, rounding up an active fall month. This is what we suggest before the Halloween party invitations start pouring in.

Spend an art night out

Every year, galleries across Bucharest open their doors to the visitors for White Night of Galleries event. Over 70 such venues will be part of the event in the capital on October 5. In addition, alternative spaces and creative hubs are also open, all in an effort to draw the public’s attention to the contemporary arts and young artists. More here. An exhibition included in the White Night of Galleries is “Games and Politics”, which kicks off Goethe-Fest, an event marking the inauguration of the new Bucharest location of the Goethe Institute. The two-day event comes with video-mapping projections, a concert of Karpov not Kasparov, activities for children and more.The program here.

Discover the latest Romanian films & those awarded in Cannes

Radu Jude’s latest film, Îmi este indiferent dacă în istorie vom intra ca barbari / I Do Not Care If We Go Down in History as Barbarians, enters local cinemas beginning September 28. The film won the grand prize of this year’s Karlovy Vary International Film Festival, and is also Romania’s proposal for a nomination at next year’s Oscars in the Best Foreign Language Film category. And you can also catch Paul Negoescu‘s Povestea unui pierde-vară/The Story of a Summer Lover, a breezy, light comedy.

Having Carlos Reygadas as a guest of honor, this year’s edition of Les Films de Cannes a Bucarest festival, set for October 19 to October 28, will once again showcase films awarded at the prestigious festival. Among the movies in the program are Pawel Pawlikowski’s Cold War, the winner of the Best Director award, Sergey Dvortsevoy’s Ayka, which brought Samal Yeslyamova the Best Actress award, Matteo Garrone’s Dogman, starring Best Actor winner Marcello Fonte, and 3 Faces by Jafar Panahi, winner of the Best Screenplay award. More on the schedule here.

A variety of exhibitions and workshops are  part of Bucharest Photofest, which kicks off October 1 and October 14. The event will also award the Photographer of the Year, judged by an international jury. Another photo exhibition, Lacombe: Theater / Cinema, is a highlight of this year’s National Theater Festival. The exhibition will open at the Gabroveni Inn, in the presence of French photographer Brigitte Lacombe, known for her behind-the-scenes portraits of actors and filmmakers. Meanwhile, the theater festival, which runs between October 19 and October 28, will present 36 performances from theaters across Romania as well as six theater and dance performances from foreign companies, coming from Berlin, London, Dublin or The Hague. The program is here.

Get the music dose

The Bucharest Opera and the George Enescu Philharmonic are back for a new season, and the city also hosts this October the concerts of Nigel Kennedy, who will bring the Bach & Gershwin concert to Bucharest on October 8 and Damien Rice on October 2. At the end of the month, ten dancers of the Bolshoi Ballet will perform in the capital, covering fragments from famous operas such as Don Quixote, The Sleeping Beauty, or The Nutcracker.

Running fans have until September 29 to enroll in the Bucharest Marathon, the largest running event in the country. Set for October 14, it covers a Popular Race, a Teens' Race, a Kids' Race and a Wheelchairs one. Alternatively, there is always the option of running in one of the capital's parks, which we list here. Also this month, the Bucharest Auto Salon (SAB) returns with an anniversary, 25th edition between October 11 and October 21. Classic cars and vehicles, hybrids and electric cars, motorcycles, scooters, bicycles and accessories will go on display at the event.

More time spent indoors can be an opportunity to brush up on those cooking skills. Terra Carpatica organizes in Bucharest cooking classes that explore old local traditions, with an international touch. At their Grigorescu Mansion in Buzău, those interested can to learn how to make local preserves, such as gems, zacuscă (a vegetable spread with eggplant and red peppers) or murături (pickled vegetables). In Bucharest, seasonal menus are offered at Artisan Cooking, while Societe Gourmet has classes dedicated to vegetarian cooking or various national cuisines, among others.

To sample more than 500 wines you can drop by the Wine & Street Food Festival, between October 12 and October 14. The wine area is located inside the People’s Palace, while the street food area, gathering tens of food trucks and their varied offer, in the garden of the same venue.