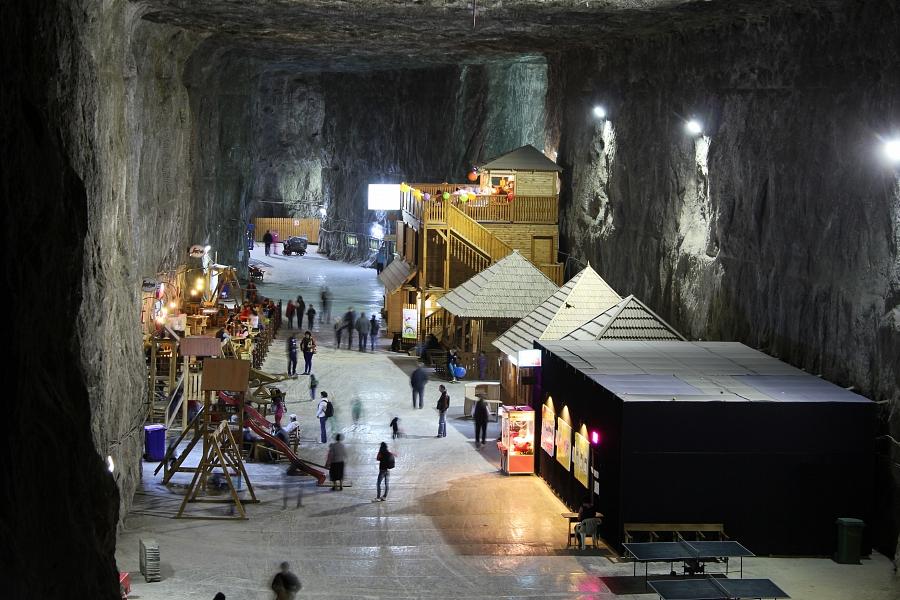 Praid Salt Mine, located in the eastern Transylvania county of Harghita, attracted more than 640,000 visitors last year, including tourists from the Republic of Moldova or more remote countries such as Japan or Brazil.

About 281,000 people went to Praid Salt Mine for treatment while some 360,000 were tourists, Donath Laszlo, the head of the salt mine’s tourism department, told local Agerpres.

Around a third of the total visitors, namely 200,000, were children, while a quarter were tourists from the Republic of Moldova. Other tourists came to the Romanian salt mine all the way from countries such as Japan, Brazil or Israel.

Tourists descending to the 120-meter-deep visitors’ gallery can enjoy a wide range of facilities, from children’s playgrounds to an adventure park, free Internet access, and a cinema.

Turda Salt Mine, another popular tourist site located in western Romania’s Cluj county, was recently included on a list of Five Abandoned Mines Transformed into Subterranean Wonderlands, published by Smithsonianmag.com.