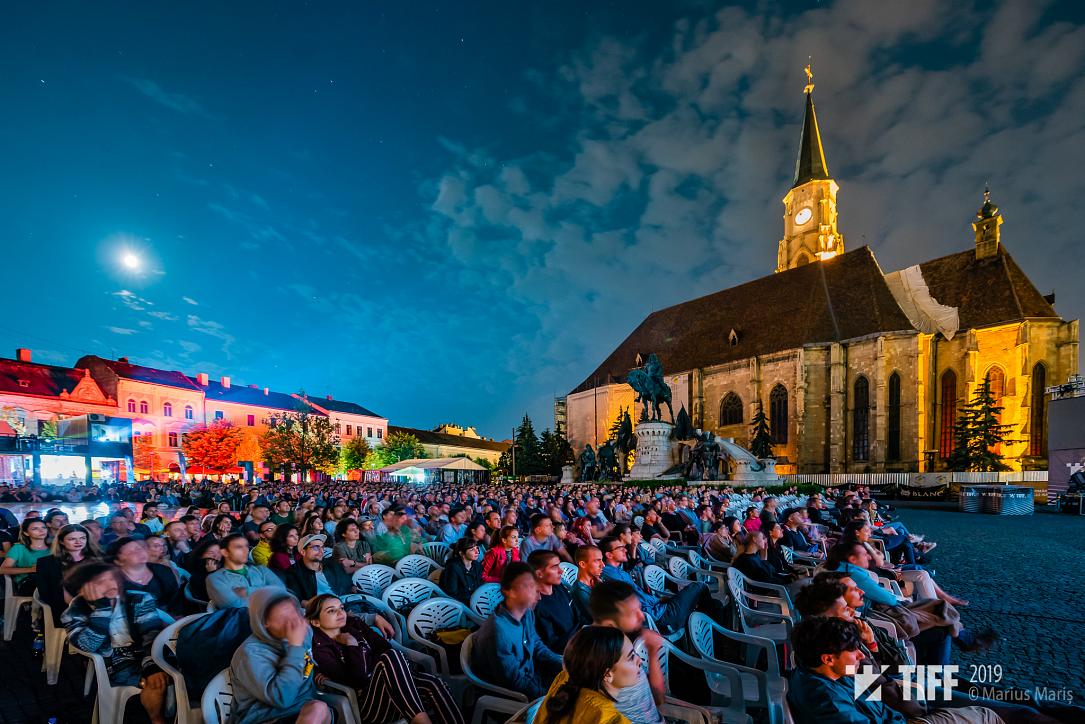 After postponing this year’s edition because of the coronavirus-related restrictions, Transilvania International Film Festival (TIFF), the largest film festival in the country, announced new dates.

The festival will take place this summer, between July 31 and August 9, in Cluj-Napoca.

The upcoming edition will feature many open-air screenings and events adapted to the current context. Both the opening and closing galas will take place in Cluj-Napoca’s Unirii Square.

The open-air screening will be organized in venues such as Unirii Square, Iulius Mall Open Air, Arkhai Sculpture Park at Vlaha, the Banffy castle in Bonțida or the courtyard of the French Institute. Other venues are to be announced. The chairs will be placed at a distance from one another, and the access will be done along corridors that will allow the triage, the organizers of the festival said.

The indoor screenings will be planned once the authorities announce the rules concerning the cinema halls.

Other festival programs will also be adapted to the current context. Transilvania Pitch Stop, the program dedicated to the film industry, will be held both online and offline, while Let’s Go Digital!, the film workshop for high school students, will be held exclusively online. The registrations for the Alex. Leo Șerban Fellowship remain valid, while those for the Local Competition are open until June 30.

“As always, we promise an eclectic mix of new titles and retrospectives, the traditional themed section, the Full Moon films, national focus sections and exceptional documentaries, special programs and events, and a serious and welcome dose of fun. Even if #staysafe is the keyword, the films that take risks continue to have a privileged place in the festival,” Mihai Chirilov, the artistic director of TIFF, explained.

The TIFF passes are back on sale on eventbook.ro. Passes purchased at the beginning of the year are valid for the new dates.