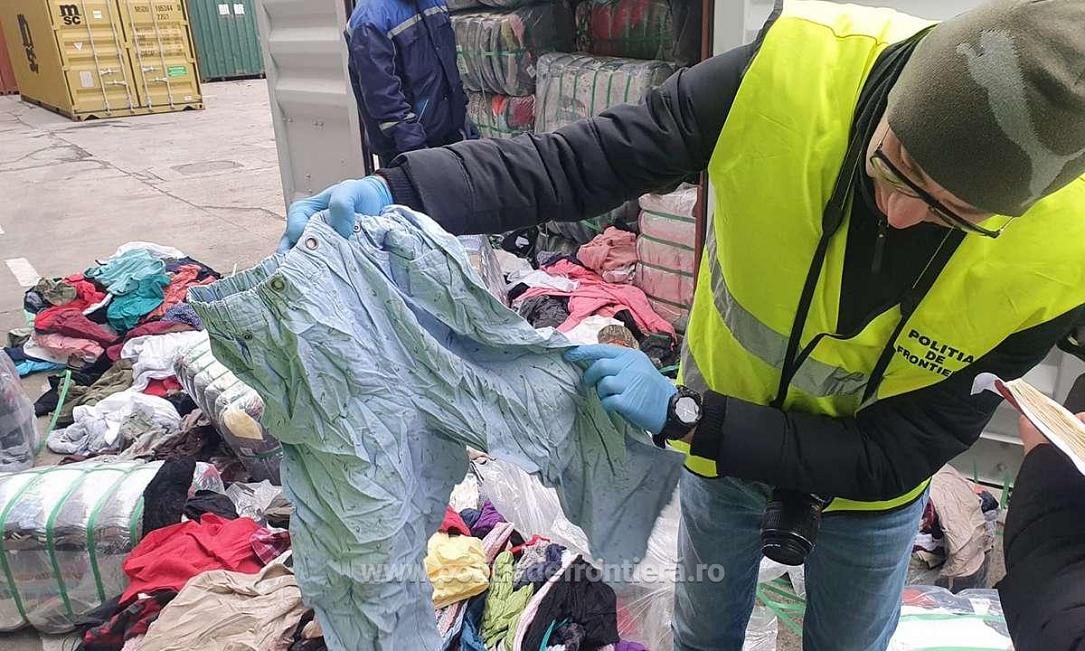 Three containers with almost 77 tons of waste - unusable second-hand clothing - imported from Canada by a company from Mures County were found by the Romanian authorities in the Port of Constanta.

Following additional checks, the control team found that the containers contained 76,789 kg of clothing with an advanced degree of wear and tear, not being cleaned and disinfected.

Environmental Guard representatives and the National Agency for Consumer Protection established that, in fact, they were unusable waste and could not be put up for sale in Romania. The whole quantity will be returned to the sender, the Romanian Border Police announced.

Every week, in the Port of Constanta, containers with hundreds of tons of waste from Italy, France, or Great Britain are discovered. The border police even discovered pieces of tractors brought to Romania to be destroyed.