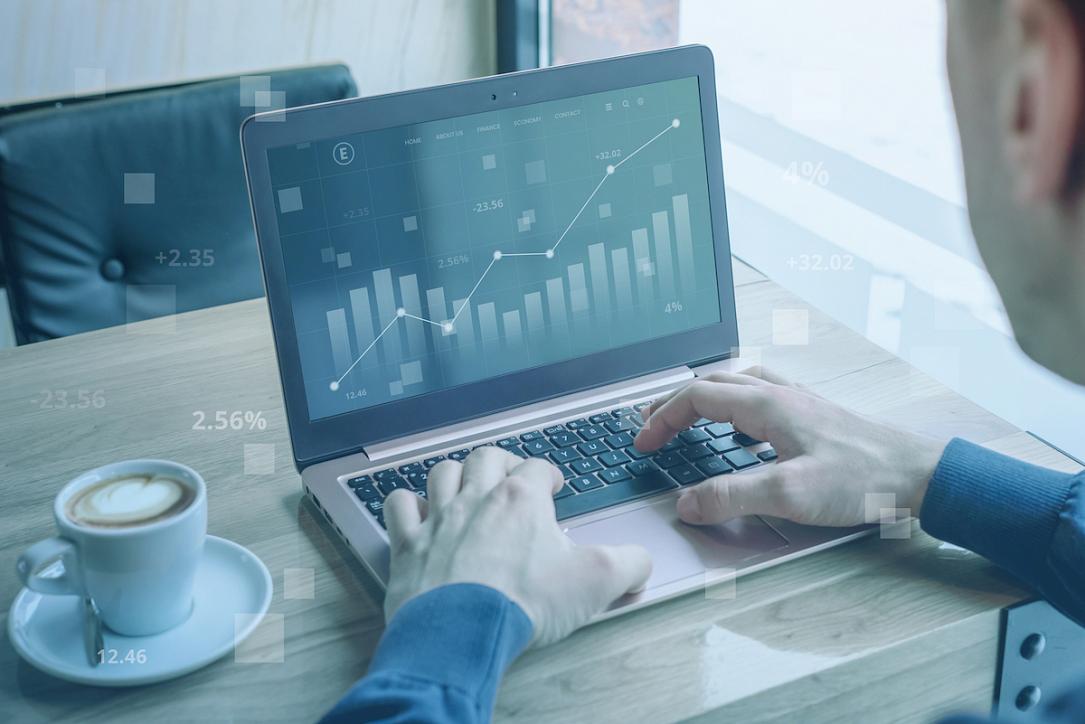 In a difficult year for the Romanian economy and the local stock market, 20 companies listed on the Bucharest Stock Exchange managed to bring double-digit returns to their investors. Two blue-chip companies defied the crisis and doubled their investors' money. However, 2020 was a challenging year for investors as 27 companies, including some of the blue chips, recorded negative returns between -10% and -45%.

The BET index, which follows the evolution of 17 blue-chip companies traded on the Bucharest Stock Exchange (BVB), ended 2020 with a 1.7% decline compared to the end of 2019. This figure alone suggests a lost year for investors.

However, the chart shows a different picture. The BET, and the whole market, had a rollercoaster evolution in 2020. It started the year with new highs, passing the 10,000-point mark for the first time after the 2008 crisis, to lose close to 30% of its value in just two months (February-March) after the COVID-19 pandemic became a global issue. Since the end of March, it has slowly recovered, with ups and downs, and is currently at the same level recorded one year ago. This evolution also brought opportunities for investors to record significant gains. From the end-of-March lows, the BET has gained more than 36% to date.

Some 20 companies listed on the Bucharest Stock Exchange's main segment recorded total returns of over 10% in 2020. These returns come from the share price evolution and the dividends paid by the respective companies.

In particular, two companies had outstanding evolutions: industrial group Teraplast (TRP) and medical services provider MedLife (M). Both are market leaders in their field, and both are controlled by Romanian entrepreneurs. Simultaneously, both have been very active in recent years and expanded rapidly through a combination of takeovers and new investments.

Teraplast leads the ranking of the highest returns in 2020, with 110%. The group produces PVC pipes and systems for water, sewage, and gas networks. It has diversified its production in recent years and has ongoing investment projects worth EUR 32 mln, for which it has also received state aid recently. The group sold its Steel division (metal roofs and sandwich panels) to Irish group Kingspan last year, which boosted its liquidity.

MedLife, the biggest private medical services provider in Romania, directly benefited from the health crisis and continued its expansion strategy. This fueled the 98% growth of its shares in 2020. The group ended the year with new acquisitions, trying to build up a strong position in a new segment – pharmaceutical retail.

Besides Teraplast and MedLife, three other companies recorded strong returns, of over 80%, in 2020. Two of them – Prefab (PREH) and Prebet (PREB) – are active in the construction materials sector. The other one – Farmaceutica Remedia Deva (RMAH) – operates in pharmaceutical distribution and retail. Prebet changed its ownership structure last year, explaining the 94% growth, while Remedia sold its drug store network and has a strong cash position. For Prefab, the 107% share price increase came against the background of low transactions, which could also indicate a speculative evolution.

Several other blue chips had strong evolutions in 2020. This is particularly the case for companies in the electricity sector. Nuclear power producer Nuclearelectrica (SNN) brought a 37% return to its investors, power grid operator Transelectrica (TEL) yielded 32%, and electricity distributor and supplier Electrica (EL) returned almost 25%. These evolutions are linked to solid financial results and the electricity market liberalization for household clients starting in January 2021.

While many companies performed well in 2020, there were even more that had negative evolutions. Some of the listed companies were directly hit by the pandemic. For example, oil and gas group OMV Petrom (SNP), the most valuable local company traded on the Bucharest Stock Exchange, saw shrinking sales and profits as fuel consumption dropped during the lockdown. As a result, its shares went down 19% in 2020, but the dividends cushioned the blow to only 11.7%. Gas transporter Transgaz (TGN) and gas producer Romgaz (SNG), both controlled by the state, also recorded significant declines, although not related to the pandemic.

Meanwhile, Sphera Franchise Group (SFG), one of the biggest restaurant operators in Romania, was directly impacted by the restrictions as its restaurants were closed during the state of emergency (March-May), and some of them remained closed even after that. The company's shares dropped by 20%.

Automotive parts producer Compa Sibiu (CMP) was also hit by the car industry's problems, and its sales dropped significantly. Thus, its shares also went down by 34%.

A full overview of the returns generated by companies listed on the Bucharest Stock Exchange is available in this document.