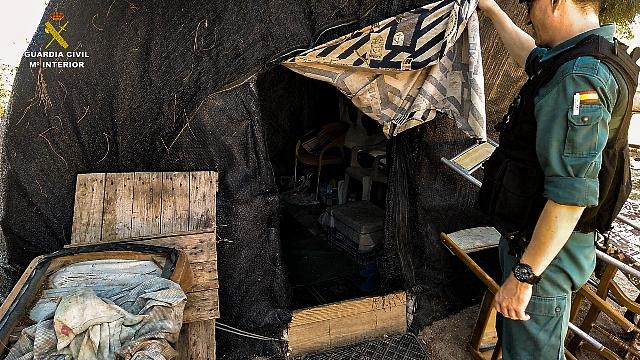 Spain’s Civil Guard dismantled a criminal organization that exploited workers from Romania and the Republic of Moldova for profit. The authorities found a total of 145 human trafficking victims who were held in semi-slave-like conditions and forced to work in difficult conditions with very little pay.

The victims were Romanian and Moldovan citizens, lured to Spain with the promise of a better future. The Spanish authorities estimate that the network had managed to control more than 600 victims, exploited to harvest olives, grapes, and strawberry at farms in the south of the country.

The criminal group was making over EUR 1 million monthly on the back of the victims. Meanwhile, the workers were paid EUR 10 per day, out of which the network charged them for food and accommodation. The victims were kept in dirty and overcrowded improvised shelters, lacking even the basic amenities.

“The heads of the organization assured the victims that, once in Spain, they would reside in decent conditions, both labor and life, something that was subsequently breached, as they ended up living in conditions of semi-slavery and extreme precariousness, and, in some cases, deprived of food for several days,” the Civil Guard said in a press release.

The Spanish authorities arrested 16 people in the provinces of Jaén, Huelva, Córdoba, Badajoz and Albacete, all members of the criminal organization, including five businessmen who acted in collusion with this organization.

The investigation started in mid-2018 and the raids on the organization took place during the summer. The criminal organization was made of Romanians, who were using a Temporary Employment Company (ETT) to bring workers from Romania and Moldova to Spain, according to El Pais.