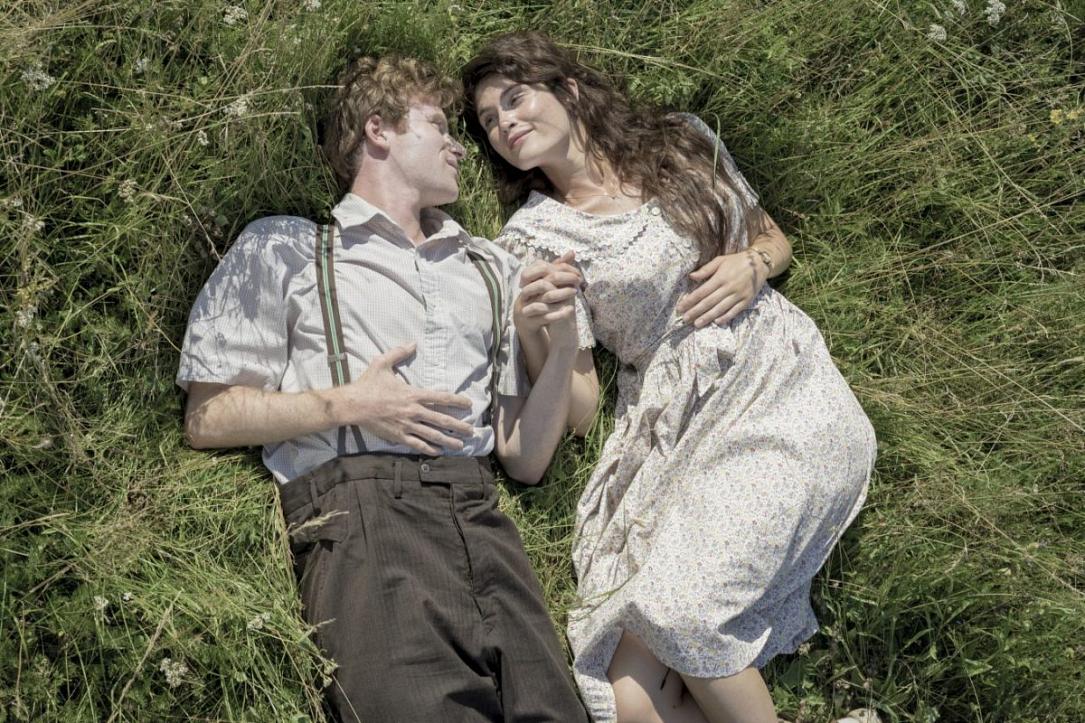 Radu Mihăileanu hit instant stardom with his 1998 drama Train of Life/Trenul vieţii, an ingenious, moving story of a group of Jews who think of a brilliant trick to avoid deportation in World War II Europe.

Since then, the Romanian-born, Paris-based filmmaker has been making increasingly ambitious films, all aiming for big topics and a bigger audience. Unfortunately, none of them matched the intimacy and coherence of his earlier film, and the History of Love, with its international star-studded cast and epic scope, is no exception.

The film, which is a co-production between Romania, France, Canada, and the US, and the director’s first English-language project, premiered at Transilvania Film Festival a few weeks ago and is currently showing in cinemas across the country. If you enjoy epic, sprawling stories, period pictures, or simply a handsome romance, this is just the film for you. If less so, then it might be worth seeing just to keep track of Mihăileanu’s development.

Based on Nicole Krauss' bestselling eponymous novel, it starts in a Polish village, where shy, awkward Leo Gursky is in love with local beauty Alma Mereminski. Their romance is interrupted by the war, and Alma is sent to America to escape being deported, while Leo promises to follow her as soon as he has the money for the trip. Many years later, we see Leo again in (I assume) contemporary New York, where he has turned into a grumpy old man who loves to argue with his upstairs neighbour (incidentally, a friend from his youth who was also wooing Alma), and signs up as a nude model for art students’ drawing classes. This is where Alma Singer (no, the name is not a coincidence) comes in. Alma doesn’t believe in love, unlike her mother, who still grieves for her late husband, and has just secured the very well-paid translation of a book titled The History of Love, the same novel that Leo has been pestering his local librarian about, who keeps telling him that such a novel does not exist. Leo and young Alma’s ways eventually cross again, and the book also makes a dramatic appearance, while the whole film is a tribute to (well) the power of love.

The film’s plea for human kindness and the endurance of love is endearing, but, unfortunately, the rest of the package comes in too many clichés. And that is a pity, because the actors are great, starting with legendary Derek Jacobi as Leo, the always wonderful Ellliot Gould as his friend Bruno, and Gemma Arterton as Alma. The young leads are also fine, but they are all given such soppy, silly lines, that even the veteran actors can’t save much, getting lost in stereotypes.

New York’ bustle comes across nicely, and the technical package is also good, making the film a very watchable affair. If only the characters were more nuanced and their stories soaked in less saccharine. This is a catching story which would have deserved a more mature treatment, even if aimed at being a commercial crowd-pleaser, so here’s hoping that Mihăileanu’s next project will truly showcase his (already proven) considerable talent.