Romanian film review – The Big Screens Are Back: TIFF 2020 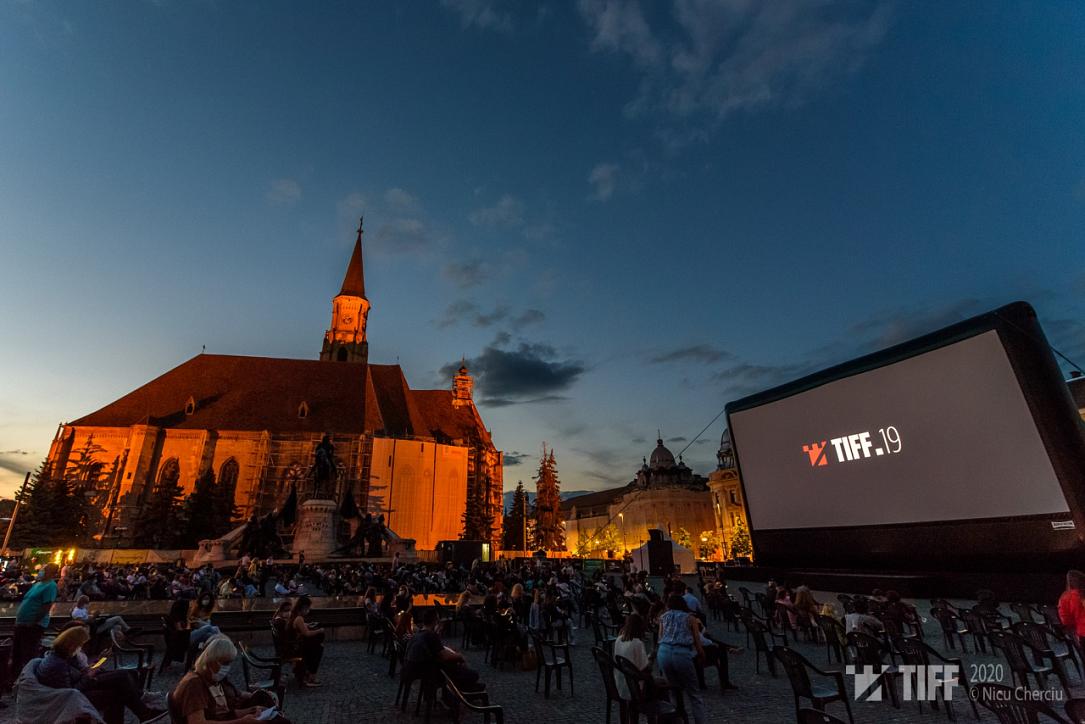 Transilvania International Film Festival, Romania’s biggest film festival, took place physically from 31 July to 9 August, which is a small miracle given the general situation caused by the COVID-19 pandemic, and how festival have been organised these weeks and months. The screenings were only in open-air venues, with a small selection of titles also available online.

The Romanian Film Days counted no less than 21 features, half of them documentaries, and (delightfully) an animated film, Anca Damian‘s beautiful Călătoria fantastică a Maronei/Marona‘s Fantastic Tale.

Among the fiction entries, the undisputed headliner was surely Cristi Puiu’s Malmkrog (having premiered at the Berlinale in February and whose Cluj event was sadly been hijacked by the director’s controversial stance on the use of masks), a total change of pace from his previous film, the light-footed Sieranevada. While just as ambitious, Malmkrog is flawlessly made but a true challenge to sit through, and not just because of it’s running time of three and a half hours, a film easier to admire than to love. Another Berlinale premiere, Radu Jude’s Uppercase Print/Tipografic majuscul is a clever and uncompromising take on a true event in the 1980s when a schoolboy criticised the regime. Dorian Boguță’s Legacy/Urma (snatching the Best Debut award) was a true surprise, a gripping, highly entertaining family drama/police procedural hybrid, and a rare thing in Romanian cinema, a commercial project that does not compromise on intelligence and skill. The film had a brief running period in cinemas in March, and I hope it can find its way back soon to venues or open spaces; it would be a great summer night flick. A further notable entry was Răzvan Săvescu’s Beginning/Început, a laconic two-hander with an excellent Ioana Flora. But the absolute joy of the selection has to be Ivana Mladenović‘s Ivana the Terrible/Ivana cea groaznică, an autobiographical tale of a director on the verge of a breakdown returning to her small home town on the Serbian-Romanian border.

The documentaries this year were unanimously engaging, very personal, and highly diverse in terms of topics. The winner of the Romanian Days competition, Radu Ciorniciuc‘s My Home/Acasă, My Home is an eye-opening, tender portrayal of a family living in Delta Văcărești, a natural park in the middle of Bucharest. Eva Pervolovici’s The Delta of Bucharest/Delta Bucureștiului explores the same space, but this time from the perspective of the former monastery on its grounds turned political prison. The intimate note also runs through Adrian Pîrvu and Helena Maksyom’s Everything Will Not Be Fine/Totul nu va fi bine, an account of a relationship between a Romanian and a Ukrainian affected by the aftermath of the Chernobyl disaster, Alex Brendea’s Teach/Profu, a portrait of an unconventional math teacher, and most of all Tudor Platon’s wonderful House of Dolls/Casa cu păpuși, about a group of female friends in their 70s on their annual vacation. The most nail-biting and enraging were Monica Lăzurean-Gorgan, Ebba Sinzinger and Michaela Kirst’s Wood/Lemn, an edge-of your seat account of illegal logging, and Alexander Nanau‘s unforgiving investigative thriller Collective/Colectiv. The line-up included two films (partially) set in Moldova, by Moldovan filmmakers, Pavel Cuzuioc‘s lovely, droll portrait of phone and cable technicians, Please Hold the Line/Așteptați răspunsul operatorului, and Dragoș Turea’s jaw-dropping investigation of Khrushchev's plan to modify crops in Moldova by using radiation, The Soviet Garden/Grădina sovietică.

The selection was clearly superior to other years, and I wish all these titles a theatre release as soon as possible, or to find a way to be seen by a larger audience. Some of them will enter the international festival circuit know, so here is wishing them the very best of luck.

Selected festival titles (both international and Romanian) will be shown in Bucharest until 27 September and at TIFF Sibiu, from 27 to 30 August.