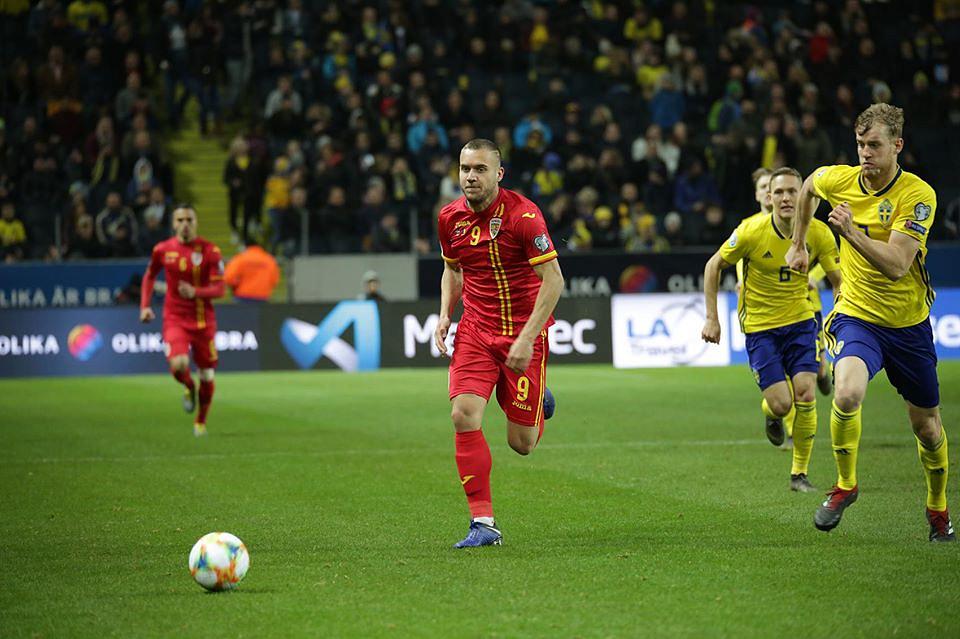 Update: Romania lost the decisive match against Sweden, 0-2, in Bucharest, on Friday evening, November 15. Romania seemed helpless against the Swedes, who scored their two goals in the first half. Sweden thus qualified to the Euro 2020, alongside group leader Spain, while Romania's last hope is the Nations League playoff.

Romania’s national football team will play against Sweden on Friday evening, November 15, on Bucharest’s National Arena, in a decisive match that will determine the team in group F that will join Spain at the Euro 2020. The National Arena will be full for this match, with 50,000 tickets sold, and the Swedes said they were worried that the Romanian fans would chant racist slogans, determining a harsh response from the Romanian side.

Romania needs a victory against Sweden and a draw in the last group match, in Spain, on Monday, to be sure it will play at the Euro 2020, where Bucharest will be one of the hosts.

Meanwhile, Sweden only needs a draw against Romania and, even with a loss in Bucharest, the Swedes will still qualify if Romania fails to get a point from Spain (Sweden plays against the Faroe Islands in the last group match). Sweden beat Romania 2-1 in their first match, in March.

Sweden currently has 15 points and Romania has 14, after eight group matches. Spain is already qualified with 20 points. Even if Romania fails to qualify directly, the team still has a chance to get to Euro 2020 as it will play in the Nations League play-offs.

The atmosphere before the Romania-Sweden match is very tense after two gestures of the Swedes that have angered the Romanian side. On Monday, November 11, the Swedish football federation presented the team’s equipment for the Euro 2020. Romania’s manager, Cosmin Contra, said he felt offended by this gesture, which shows the Swedes disregard their opponents, according to Agerpres.

The Swedish squad also added gas to the fire with a series of comments about possible racist incidents during the match against Romania. Some Swedish players said recently that their team should leave the pitch in case of racist chanting.

“We discussed with the players about the steps we will take in the event of racism. We need to know what we have to do if necessary, "said Sweden's coach Janne Anderson at a press conference in Bucharest on Thursday, quoted by Digi24.ro.

“Under no circumstances are the Romanian supporters or the Romanian people racist,” said Romania coach Cosmin Contra.

Meanwhile, the Romanian Football Federation (FRF) issued a press release accusing the Swedes of ignorance. “There is not a single match in which the Romanian supporters did not respect the race and color of the opponents from another country! We have our problems, but do not fill the shield of ignorance with donuts and do not turn lies into tactical arrows! Our Vikings, Romanians, love football, regardless of color, race, name, player's religion. You will be respected in Romania and on the National Arena, but you will not be loved,” reads the Romanian Football Federation’s statement.

The whole racism scandal started after UEFA sanctioned Romania to play one home match without supporters due to racist and xenophobic chants of some supporters during the Romania – Spain match (1-2), on September 5. However, the ban does not apply to children, and over 27,000 children under 14 came to cheer for Romania at the home match against Norway (1-1), on October 15, setting a record for most children at a football match.