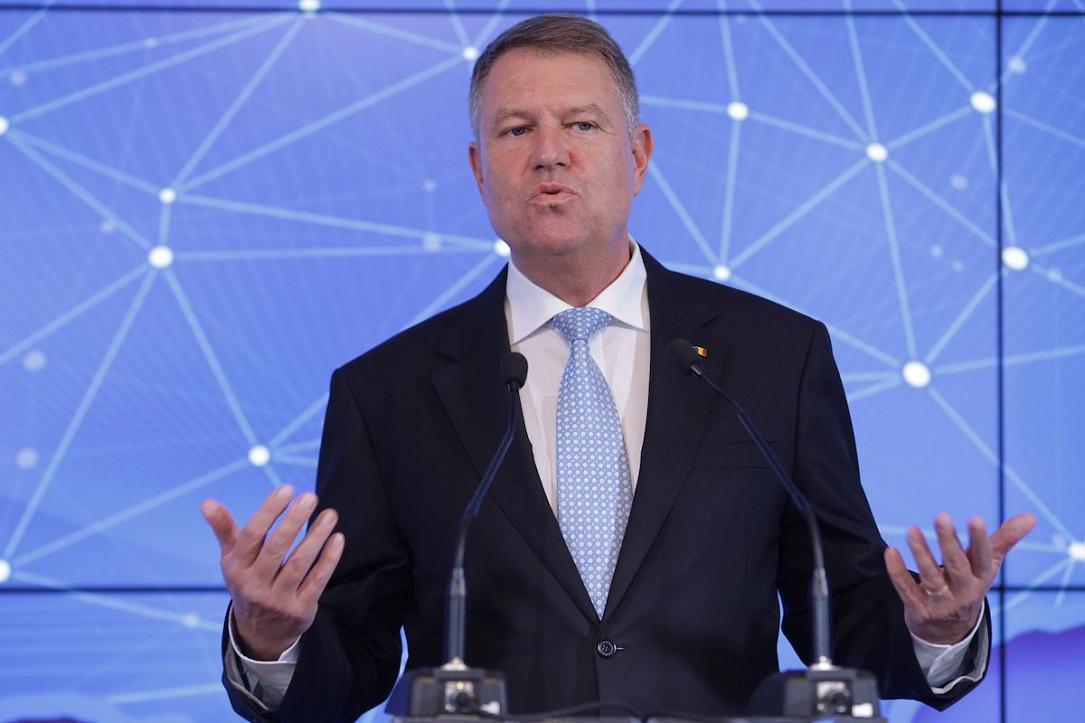 Romania’s president Klaus Iohannis will hold a debate with up to ten journalists and political analysts on Tuesday afternoon. The event, which will take place in the Carol I hall of the Central University Library - BCU in Bucharest, will be a US-style debate, Liberal MEP Rares Bogdan, one of the President’s trusted people, told RFI.

Six local journalists and analysts have confirmed the participation in this debate and three or four others were still to be selected. The six who have been invited and have agreed to question the president are Ion M. Ioniță (Adevărul newspaper), Cristian Leonte (Pro TV), Radu Tudor (Antena 3), Cristina Șincai (România TV), Moise Guran (Europa FM), and political analyst Cristian Pârvulescu (SNSPA), political sources told local G4Media.ro.

Each participant will be able to ask the president four to six questions and the whole debate is expected to take between two and three hours. There will be no pre-established themes, Rares Bogdan told RFI.

About 200 students are expected to be in the room for this debate. Local and foreign journalists will also be allowed in the auditorium, which will be broadcasted live by one radio station and five TV stations, according to Rares Bogdan, who expressed hope that the public television TVR would also broadcast the event.

The president’s challenger, former prime minister Viorica Dancila, hasn’t been invited to this debate as the president has firmly refused any debate with her. However, Dancila hinted over the weekend that she was considering joining the event even if she wasn’t invited, according to Digi24.ro.