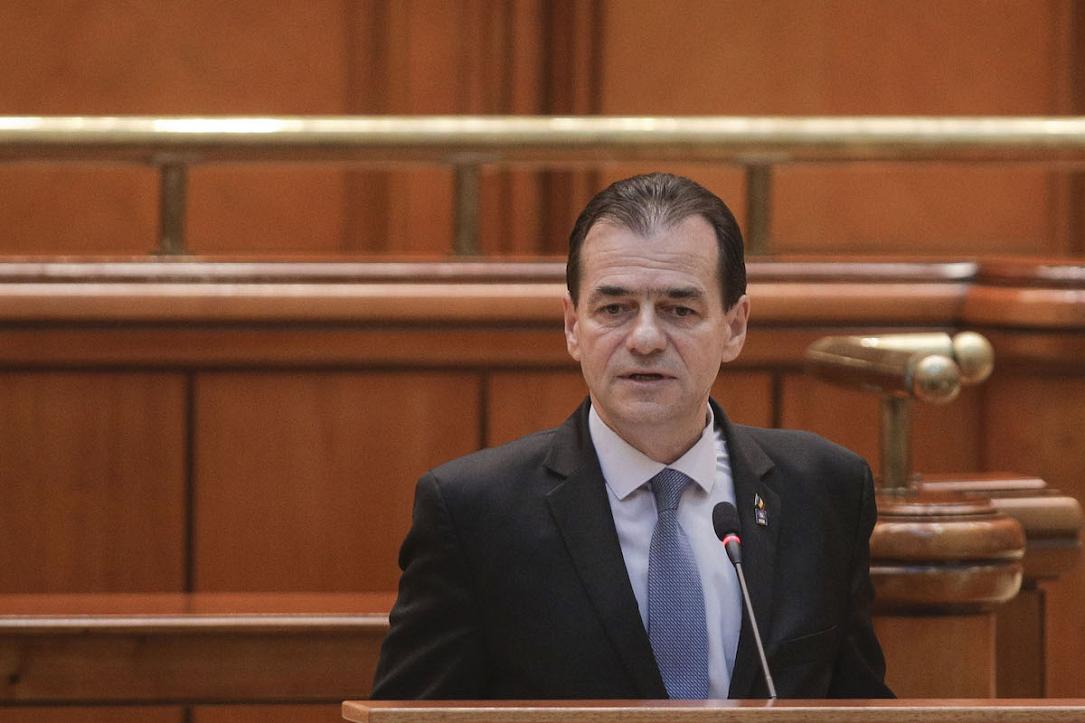 Romania’s Parliament voted on Monday, November 4, the new Government led by Ludovic Orban, with 240 votes for, 7 more than the required minimum (233 votes), according to G4Media.ro.

Orban, who is also president of the National Liberal Party (PNL), thus becomes the 16th prime minister of Romania after the fall of the communist regime and the 68 PM in Romania’s 160-year history.

Orban’s liberal Government replaces the Socialist Government led by Viorica Dancila, which was dismissed by the Parliament following a no-confidence motion on October 10. Dancila has served as prime minister since end-January 2018 while her party, the Social Democratic Party (PSD), has been in power since the parliamentary elections in December 2016.

The new Government benefitted from the support of five parties that voted the motion against the Dancila cabinet (PNL, USR, ALDE, PMP, and UDMR), plus MPs representing the national minorities. However, the decisive votes that tipped the balance in Orban's favor came from 8 MPs from the PRO Romania party of former PM Victor Ponta and several PSD MPs. PRO Romania and PSD officially boycotted the vote on the new Government.

The ministers of the Orban cabinet will be sworn in this evening at the Cotroceni Palace and will hold the first Government meeting on Tuesday, November 5. The new Government has 15 portfolio ministers and one deputy prime minister, being one of the supplest in the last 30 years.

The new Government’s priorities, as restated by PM Ludovic Orban in front of the Parliament, include a budget amendment for this year to allow the payment of pensions and salaries in the public sectors until the end of the year, preparing Romania for winter in terms of energy stocks, sending a nomination for European commissioner, and drafting the budget for 2020.

The new Government must also solve some urgent problems in the judiciary sector. It must change an emergency ordinance that allows the early retirement of magistrates, which would block the local justice system. It must also appoint new chief prosecutors as there are many units currently managed by interims.

Orban also said his Government would adopt urgent measures so that Romania avoids losing EUR 600 million worth of EU funds this year and another EUR 3.2 billion next year because no new large infrastructure contracts have been signed.

Other promises made by Orban include removing PSD’s influence over the public administration, putting a stop to illegal logging, and reestablishing the confidence of citizens and foreign partners in Romania’s Government. The new PM said he would avoid using emergency ordinances and consult with the Parliament for passing legislation.