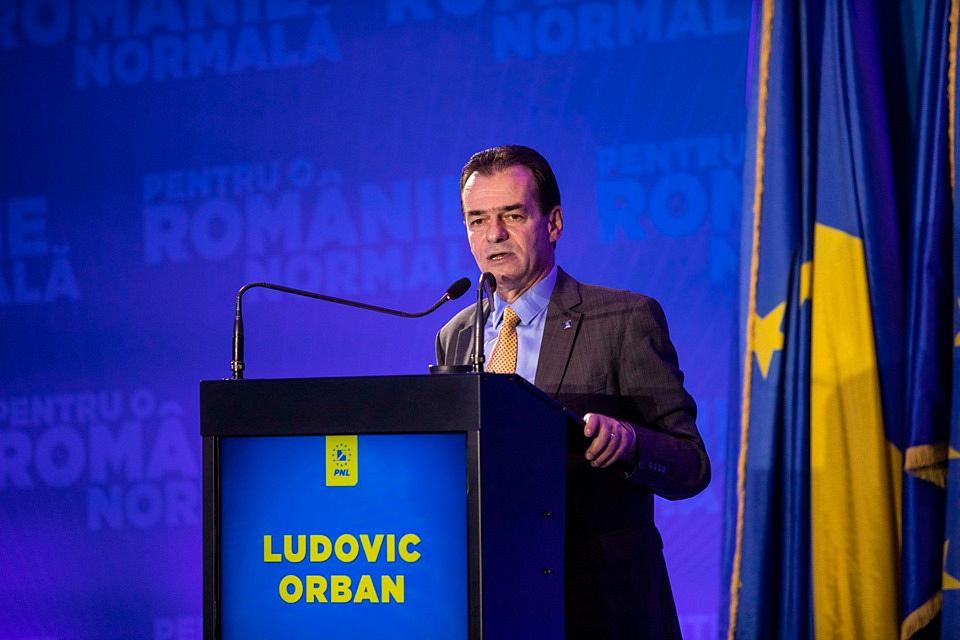 Ludovic Orban, 56, was nominated by president Klaus Iohannis as Romania’s new prime minister, in charge of forming a new Government after the fall of the cabinet led by Viorica Dancila.

Orban has been the leader of the National Liberal Party (PNL) since 2017, leading the party to an important victory in the elections for the European Parliament, in May 2019. He was also the initiator of the no-confidence motion against the PSD Government of Viorica Dancila.

Ludovic Orban has been a constant supporter of president Klaus Iohannis in recent years, although he wasn’t always the president’s first choice for the party’s leadership.

Ludovic Orban joined the National Liberal Party (PNL) in the early 1990s. He started with positions in the local administration, such as member of the Local Council in Bucharest’s District 3 (in 1992) and, then, in District 1 (in 1996). He was a state secretary in Romania’s Government in 1999-2000. In 2004, he became deputy mayor of Bucharest.

He made his way into top-level politics in 2007, when he was appointed as transport minister in Calin Popescu Tariceanu’s Government after the liberals broke the alliance with former president Traian Basescu’s democrat-liberals (PDL). In 2008, he was elected as a member of the Chamber of Deputies, a position in which he was reelected in 2012 and 2016. He was also deputy president of the Chamber of Deputies between 2009 and 2011.

Ludovic Orban has always positioned himself as a center-right politician and has been rather constant in his political views. He was the leader of the PNL Bucharest organization from 2002 until 2010. In 2009, when Crin Antonescu was elected president of PNL, Orban was elected first vice-president of the party. However, he lost his position one year earlier after a conflict with Antonescu. Orban was the most vocal critic of Antonescu’s decision to enter an alliance with Victor Ponta and the Social Democratic Party (PSD) and form the Social Liberal Union (USL). He said at that time that mixing left and right is not healthy for democracy.

In June 2017, Orban was elected president of the National Liberal Party (PNL), in a difficult moment for the party (after the defeat in the parliamentary elections in December 2016).

Took a step back when investigated in corruption case

In 2016, just as Orban was preparing to run for mayor of Bucharest for the third time (he lost in 2008 and 2012 to Sorin Oprescu), the National Anticorruption Directorate (DNA) started investigating him for using his influence to get undue benefits for his elections campaign. The investigation was based on a denouncement filed by local businessman Tiberiu Urdareanu, who claimed that Orban had asked him for EUR 50,000 for his campaign. He withdrew from the race and resigned from his leadership positions in PNL saying that he would wait for justice to run its course. The High Court acquitted him of all charges in March 2018.

Despite the DNA investigation against him, Orban continued to support the anticorruption prosecutors in front of the Social Democratic Party’s attacks. He also supported former DNA chief prosecutor Laura Codruta Kovesi for the position of European Chief Prosecutor.

In 2007, when he was serving as transport minister, Ludovic Orban was involved in a car accident in Bucharest and left the scene, going to the police after 30 hours. For this, he lost his driver’s license. Orban apparently lost control of his car on a street close to the Cotroceni Palace and hit another car. A girl on the sidewalk was slightly injured. Orban left the scene of the accident together with the victim. He denied the incident and so did the girl’s parents, but the prosecutors determined the girl was injured in the accident. However, Orban was not prosecuted as the injuries were only minor.

Ludovic Orban was born in Brasov, in May 1963, in a Hungarian-Romanian family (his father was Hungarian and his mother was Romanian). He graduated from the Andrei Saguna College in the city and then from the Machine Engineering Faculty in Brasov. He also studied politics at the Political Studies University – SNSPA in Bucharest.

Orban is married and has a son. His older brother, Leonard Orban, was Romania’s first European commissioner (2007-2010) and former minister for European affairs (2011-2012).

Ludovic Orban is passionate about bridge, chess and playing the guitar and the banjo. There are several recordings of him playing the guitar or performing classical or folk music pieces. His artistic performances have brought him the nickname Sica Mandolina, which his political opponents are already using in their attacks against him.