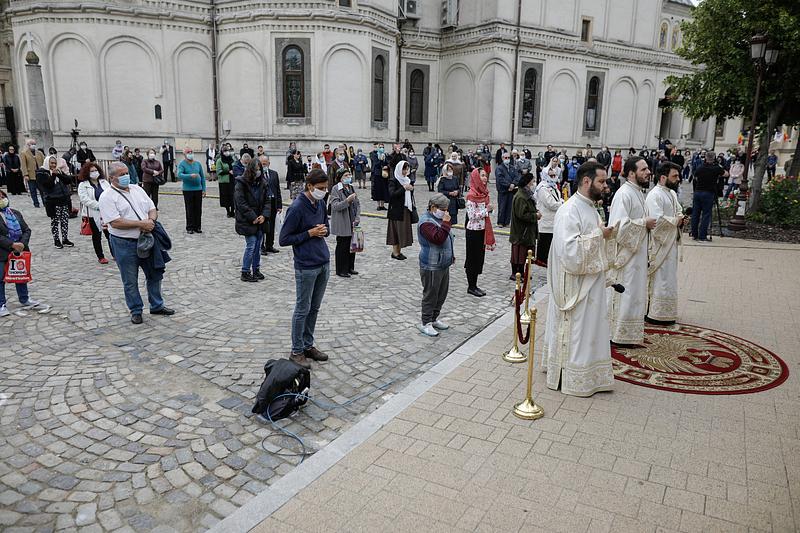 The Romanian Orthodox Church will distribute informative materials regarding the local vaccination campaign in its dioceses, the Health Ministry announced.

It will distribute a brochure covering information about how the Covid-19 vaccines were developed and how they work, a brief vaccination dictionary, and explanations regarding the technology used in developing the vaccines.

Among the high-ranking representatives of the local Orthodox Church, the archbishop of Argeș and Muscel, Calinic, said he would get vaccinated and urged people to look for reliable information sources on the vaccine, referencing the Government’s official website dedicated to the vaccination campaign.

Meanwhile, representatives of the Roman Catholic Church said they encouraged vaccination, Stiri.tvr.ro reported. The brochure on the Covid-19 vaccines was distributed in its archiepiscopates at the beginning of this month. In its turn, the Mufti of the Muslim Cult of Romania sees information as key to a successful vaccination campaign, according to Stiri.tvr.ro.

The authorities plan to speed up the national vaccination campaign, given that it started earlier than planned, Valeriu Gheorghiţă, the coordinator of the campaign, told television station Antena 3. In December, the authorities estimated the vaccination campaign would start in the second half of January, but it kicked off on December 27. The first phase of the campaign targeted healthcare professionals, and 108,294 people received the Pfizer BioNTech vaccine by January 10.

The second phase of the vaccination campaign, covering vulnerable groups and those working in essential areas, will start after January 15, Gheorghiţă said. The residents of care homes and hemodialysis patients are among those who will receive the vaccine, he explained.

A list of the chronic illnesses covered by the second phase of the campaign is to be published on Monday, January 11.