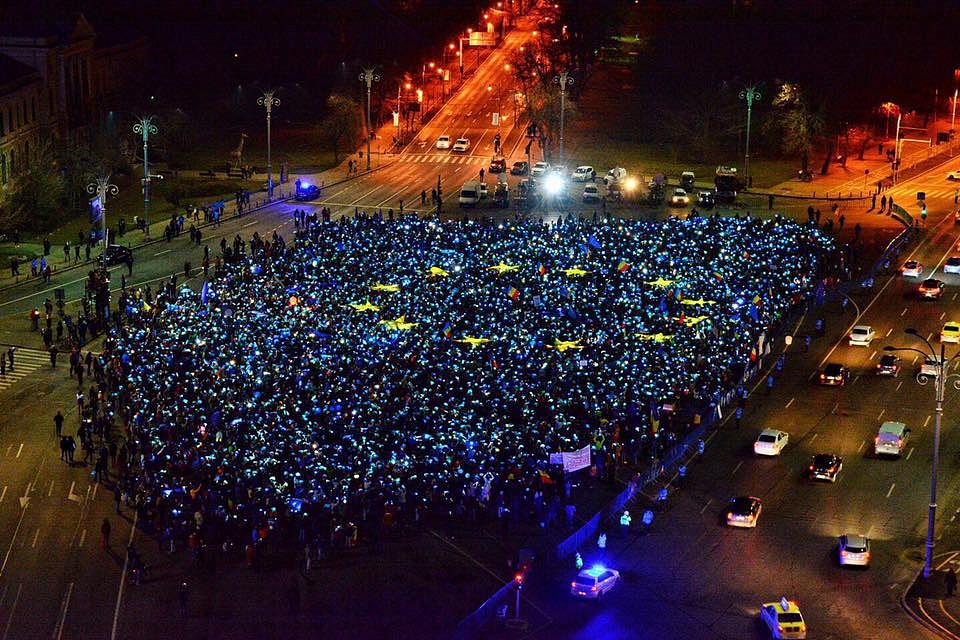 The Bucharest City Hall has decided to move to another location the Christmas Fair it was planning to organize in Victoriei Square. The announcement from Bucharest Mayor Gabriela Vranceanu Firea comes after altercations between groups of protesters and those who were putting together the Christmas Fair.

The Victoriei Square, where the Romanian Government is located, is a well-known place for the recent protests against justice law changes in Romania. The most recent protest there happened yesterday, December 1, on Romania’s National Day, when some 1,500 people gathered in the square. Much larger protests, with hundreds of thousands of people, took place in February this year in the Victoriei Square.

The Christmas Fair that was supposed to open in Victoriei Square on December 5 and last until December 17 was a short notice event, announced just days prior to its opening. It would have been the third such fair in Bucharest, and the second one organized by the City Hall.

Today, some of the around 150 protesters who were in the square started to dismantle the metal structures the organizers already had in place there. Earlier during the day, they got into a fight with representatives of the organizers.

The Bucharest Mayor is now saying the Police will check whether what the protesters did  was legal. She added she was “saddened to see an event that was approved for the Victoriei Square could not take place because of verbally and physically violent protesters.” The City Hall itself is in charge with approving events happening in public spaces. In the past, protesters have complained the City Hall either did not approve or did not respond at all to requests for approving planned protests in the square.

The Bucharest Mayor warned that something similar may happen anywhere, anytime, and that this was the start of “anarchy”.  The organizers already removed the materials which should have been used to put together the new fair.

Protesters say the City Hall only wanted to occupy the space so as to prevent any large protests in the future.  “We want hospitals, not fair!”, chanted the protesters.